Monday Music" Cars" by Gary Numan and some sad news. Truett Cathy crosses beyond the rim

This will be a longer post than a normal Monday Music post.  I just found out that Truett Cathy the founder of Chic-Fil-a just crossed beyond the rim.  I have a bit of history with Truett Cathy and Chic-Fil-a.  I used to work at the Ford Motor Plant Atlanta Assembly lets just say in excess of 10+ years and I would make regular trips to the original Chic-Fil-a  in Hapeville Georgia during work.  Chic-Fil-A has supported Fords and Atlanta Assembly since our inception.  Atlanta Assembly opened in 1947 and Chic-Fil-A opened up in 1946 so we both grew together.   Truett had stated many times that Chic-Fil-a owed its success to the Ford Plant.
When the Plant closed in October 27th 2006, the last Taurus we built was given to him from the grateful employees of Atlanta Assembly Plant.   The Pics are from my "stash" of photo's. 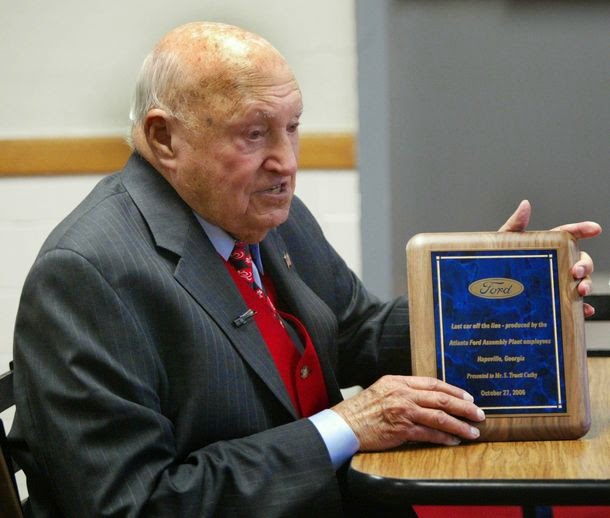 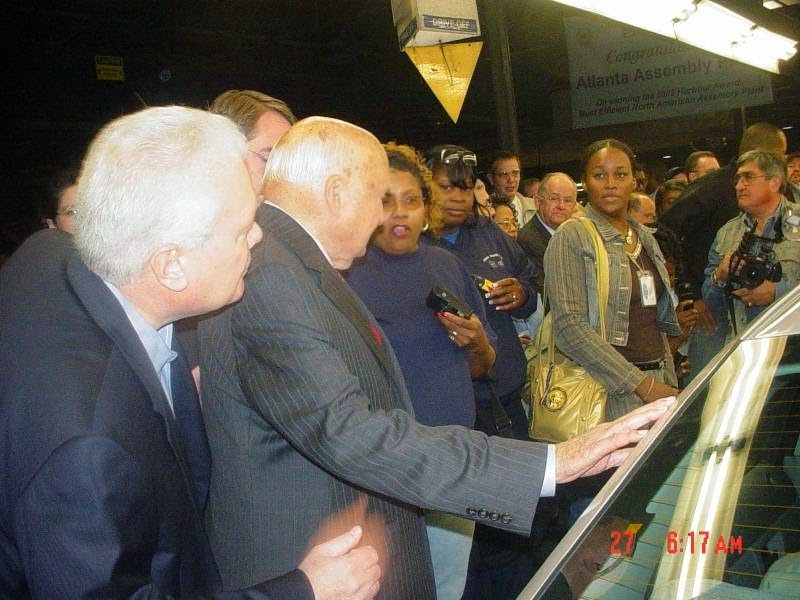 Here he is seeing "his" car for the first time. 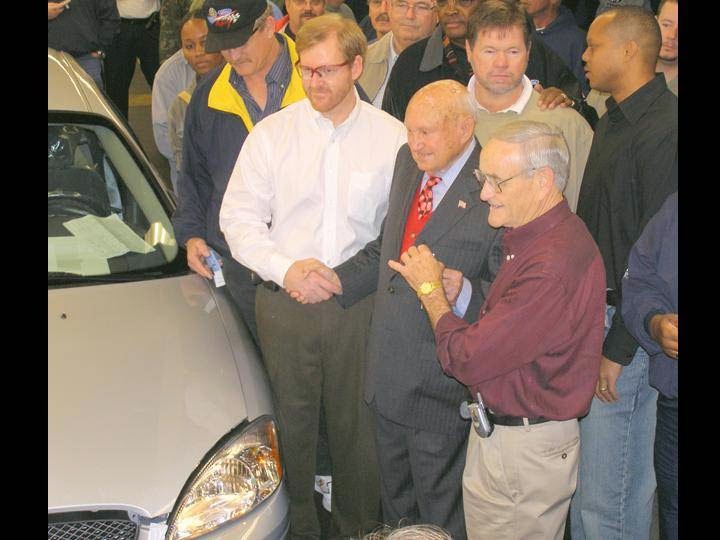 That is Truett Again with Dale Wishnousky the Plant Manager. 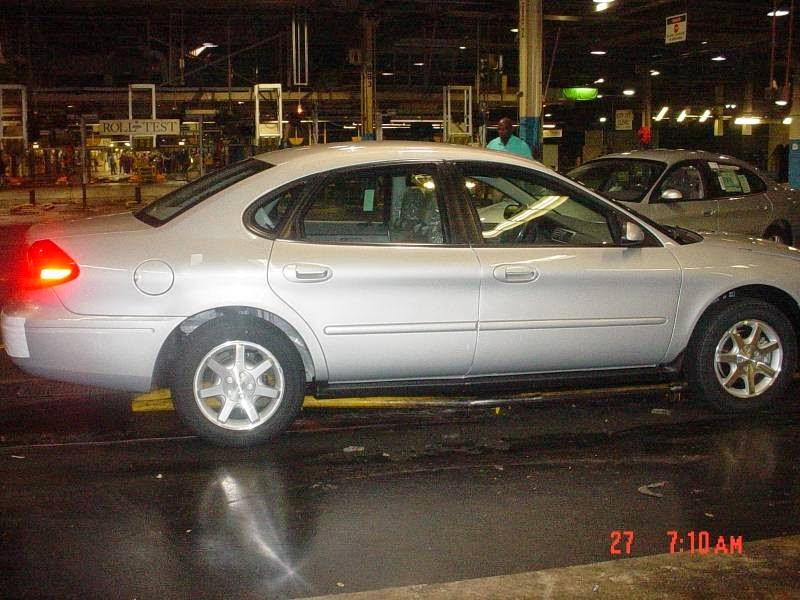 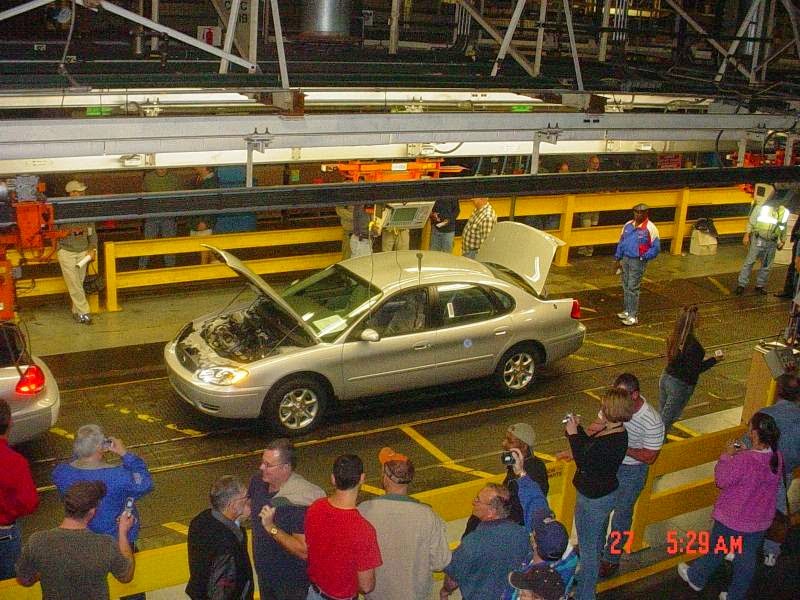 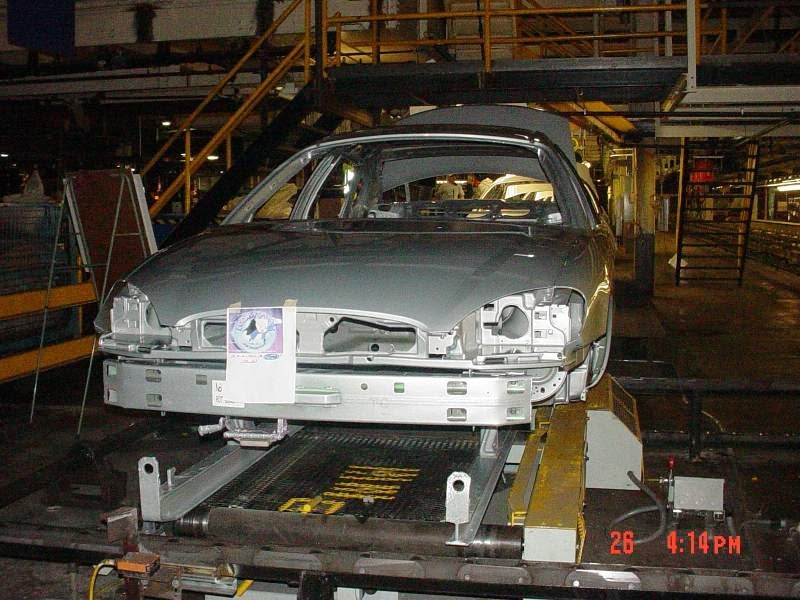 Truett's Taurus during the Build Process 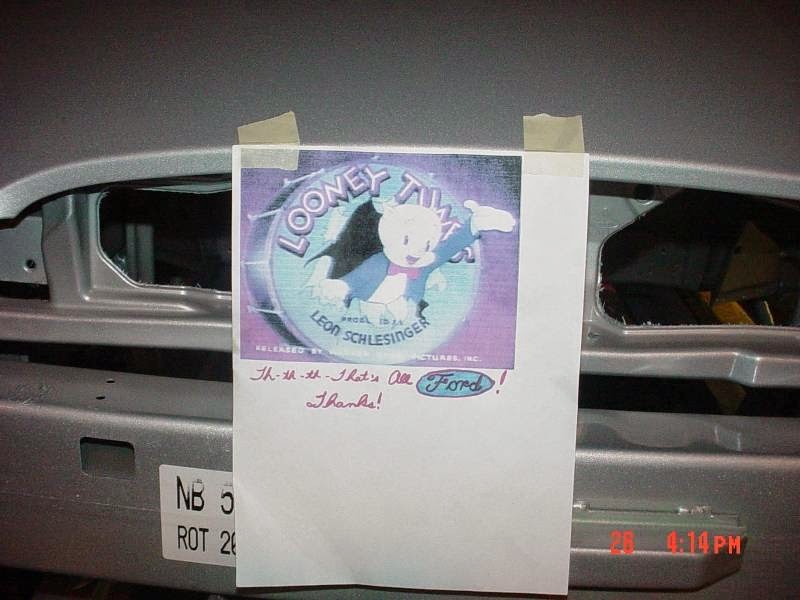 This is the closeup of the pic on the hood.  the employees started signing their names on the bumper after this pic was taken...and yes mine is there also.

Truett Cathy was well respected, his little restaurant became a success that few have equaled.  Truett believed in putting God first, then family.  His restaurants don't open on Sunday.  He firmly believes that Sunday is a day of rest to spend time with family and God.  His work ethic and moral courage is legendary.  Chic-Fil-A has a reputation that few "fast food" restaurants have.  People will pay a bit more money for a good meal with quality ingredients from a reputable place of business.
From us Ford people, Truett Cathy will be missed. 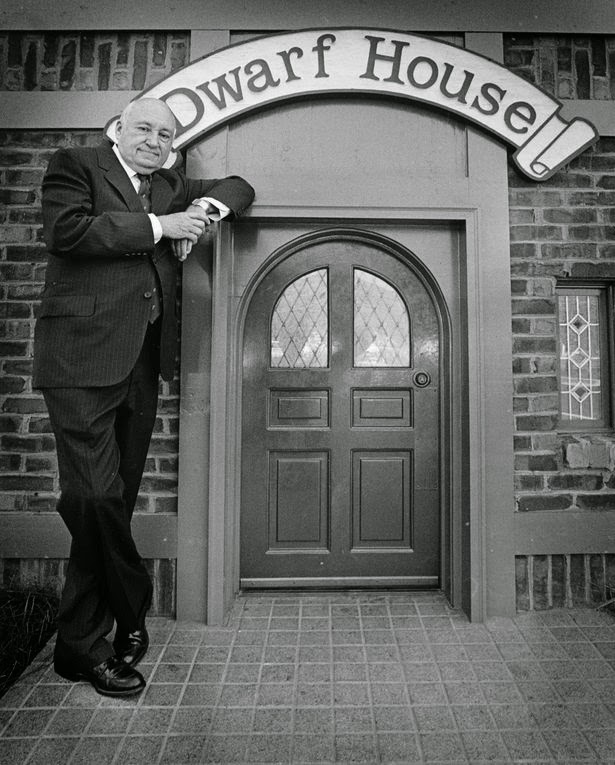 I decided to go with "cars from Gary Numan.  I had something else in mind until I heard the news of Truett's passing, so I went with "Cars" because,  well to me it made sense.

"Cars" is a 1979 song by UK artist Gary Numan, and was released as a single from the album The Pleasure Principle. It reached the top of the charts in several countries, and today is considered a new wave staple. In the UK charts, it reached number 1 in 1979, and in 1980 hit number 1 in Canada two weeks running on the RPM national singles chart and rose to number 9 on the US Billboard Hot 100. Though Numan had a string of hits in the UK, "Cars" was his only US Top 40. It debuted on the American Top 40 on 29 March 1980, and spent a total of 17 weeks in the AT40. "Cars" was released under the 'Atco' label, with the catalog number of 7211. 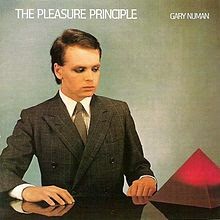 The song was the first release credited solely to Gary Numan after he dropped the band name Tubeway Army, under which name he had released four singles and two LPs, including the number one UK hit "Are 'Friends' Electric?", and its parent album, Replicas. Musically, the new song was somewhat lighter and more pop-oriented than its predecessors, Numan later conceding that he had chart success in mind: "This was the first time I had written a song with the intention of 'maybe it could be a hit single'; I was writing this before 'Are "Friends" Electric?' happened."

"Cars" is based on two musical sections: a verse/instrumental break and a bridge. The recording features a conventional rock rhythm section of bass guitar and drums, although the rest of the instruments used are analog synthesizers, principally the Minimoog (augmenting the song's recognisable bass riff) and the Polymoog keyboard, providing austere synthetic string lines over the bass riff. The bridge section also includes a tambourine part. Numan's vocal part is sung in an almost expressionless, robotic style. There is no "chorus" as such.
According to Numan, the song's lyrics were inspired by an incident of road rage:


The music video featured Numan's then-current backing band, including Billy Currie from the band Ultravox, though he had not actually played on the recording of "Cars". Towards the end of the video, a multitude of Gary Numans are depicted "driving" (in a standing position, holding an imaginary steering wheel) along a Polymoog keyboard.

The original UK single was released in August 1979, backed with a non-album instrumental track called "Asylum". The US B-side was "Metal", from The Pleasure Principle album. The track has been a UK Top 20 hit for Numan in 3 successive decades: on its original release in 1979 (making number 1); in 1987 as the 'E Reg Model' remix (making number 16); and again in 1996 following its use in an advertisement for Carling Premier beer (number 17). Numan has regularly performed the song on stage since its original release and it appears on all but one of his official live albums to date.