I decided to do a thing about Vegas, you know the place Frank Sinatra, and the Mob made famous as the playground for the connected.  Since then Vegas has evolved into a show town.  Elvis really made it famous for his shows. 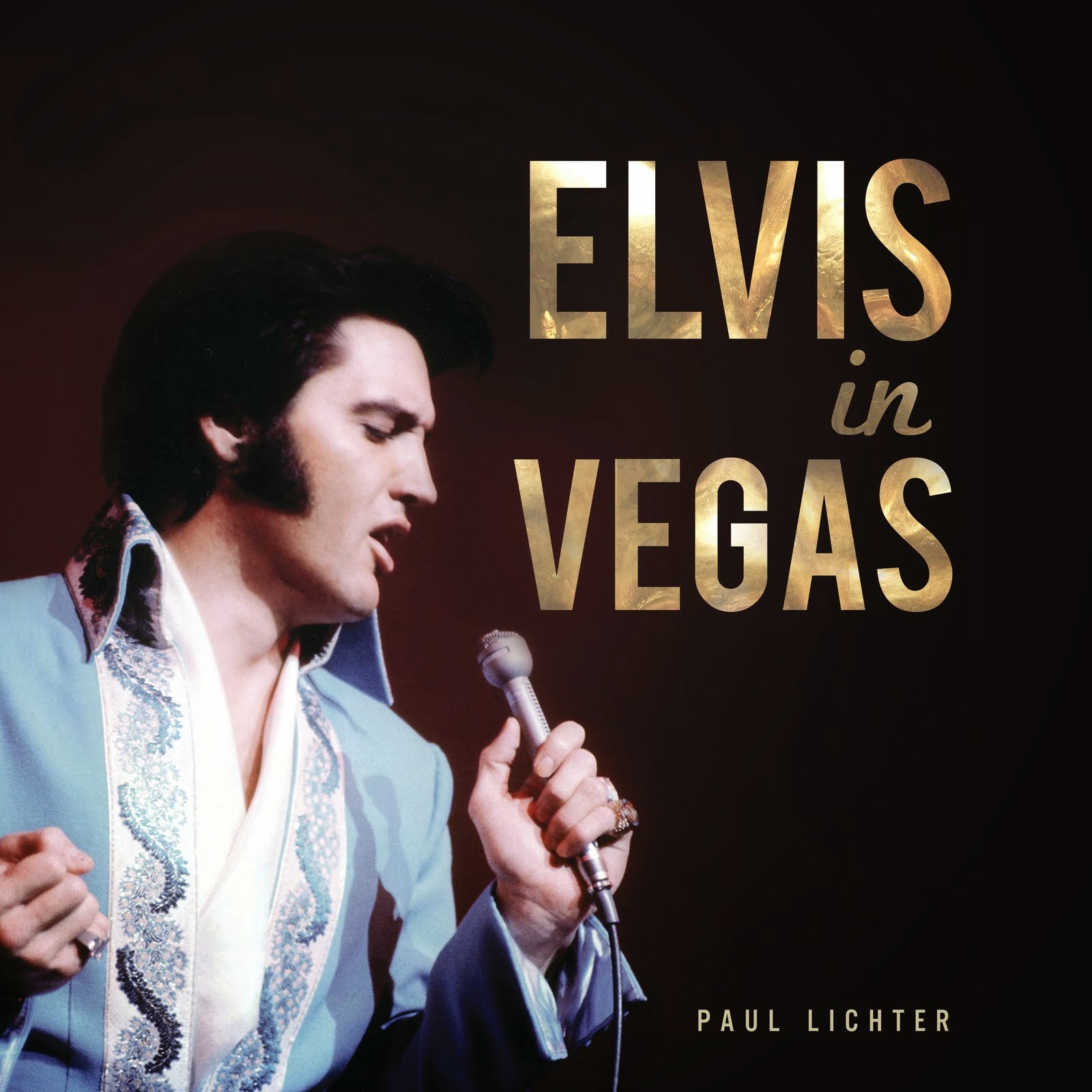 Vegas has gotten a reputation as "Sin city".  Where if you want anything, you can get it.
We went to Vegas a few years ago, to see the Grand canyon, Hoover Dam and I went to the actual 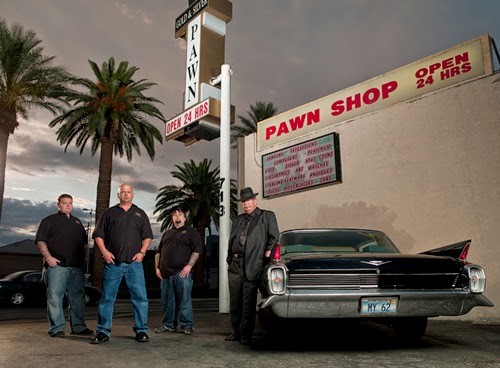 "Pawn Stars" pawn shop and I met Chumlee and "The Old Man".  In person both were totally polite and gracious.  I bought some swag from the show.  I wanted to buy more, but I was limited on what I can buy mostly due to what we could pack in our suitcases.   The shop wasn't as big as the TV show made it out to be.  They had creative placement of the camera's,  They have the block, but the showroom is a small part of the facility.  I would like to go there again and see more stuff.  We had stayed at the "Orleans" hotel, it was reasonable and a couple of miles off the miracle strip, and if you want to explore outside Vegas, stay at a hotel off the strip or you will be bogged down in traffic.
Well here are some fun facts about Vegas: 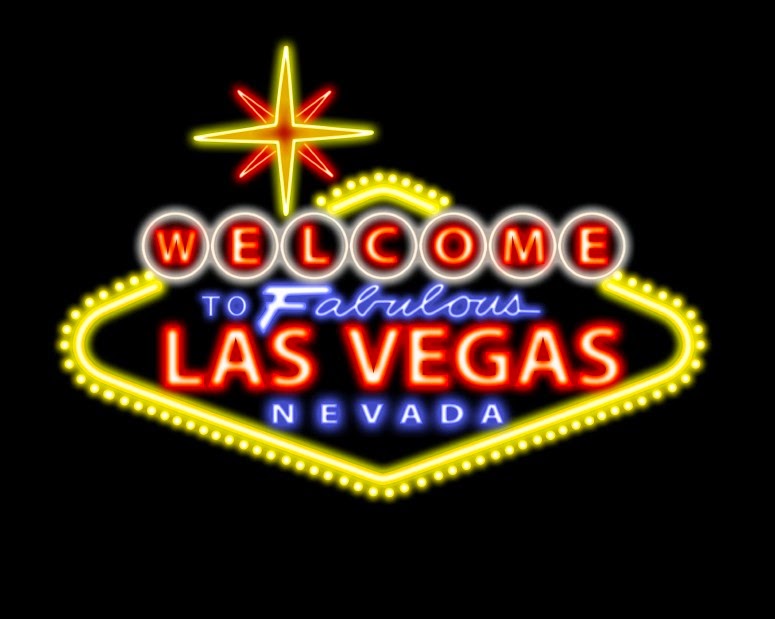 -The Las Vegas strip's gaming revenue for 2013 was $6.5B. Annual state gaming revenue exceeds $9B.
-There's estimated to be at least 1,000 people living beneath Vegas in underground tunnels.
-When Sammy Davis Jr. took a swim in the pool at the New Frontier hotel & Casino in Las Vegas in 1952, they drained the pool when he was done because it was a whites-only swimming pool.
-Michael Jackson had plans to build a 50 foot tall moon walking robot replica of himself to roam the Las Vegas desert. It was intended to be an advertisement for a planned 2005 comeback.
-Archie Karas is famous for turning for having the largest and longest Vega winning streak. He turned $50 into $40M but managed to lose it all in less than 3 years.
-In 1980, a Las Vegas hospital had to suspend workers who were betting on when patients would die. One nurse was even accused of murdering a patient so she would win.
-There is a service in Las Vegas that will come to you and cure a hangover with IV fluids and IV vitamins.
-It would take 288 years for one person to spend one night in every hotel room in Las Vegas.
-Contrary to popular belief, prostitution in Las Vegas is not legal. It is however legal in some areas of Nevada.
-The reflective surface of the Vdara Hotel in Las Vegas concentrates the sun's rays into a "death ray" that creates dangerously hot areas around the pool.
-Las Vegas currently boasts 1701 licensed gambling venues.
-A 1910 law made it illegal to gamble in Las Vegas.
-FedEx CEO Fred Smith saved his company in the 1970s by gambling their last $5000 in Vegas. He turned it into $32k playing Blackjack; enough to cover the company's $24k fuel bill. This allowed FedEx to stay in business a few days longer, at which point he was able to raise $11M to keep FedEx going.
-According to suppliers, Vegas Bingo players' favourite colour ink daubers are purple.
-There is a place in Vegas you can pay $40 to shoot a grenade launcher, twice.
-The average number of pillowcases washed daily at MGM Grand is around 15,000.
-The Golden Gate Hotel and Casino opened in 1906, making it the first hotel and casino to open in Las Vegas, Nevada.
-Water structures in Las Vegas, like fountains and man-made lakes, use grey-water, which is recycled water from sinks, bathtubs and showers.
-The Las Vegas Strip is the brightest place on Earth when looked at from outer space.
-The Dunes, demolished in 1993, was the first resort to feature topless showgirls in a show called Minsky's Follies.
-The 1/2 scale replica of the Eiffel Tower outside the Paris hotel in Las Vegas was originally planned as full size, but had to be shrunk due to the nearby airport. The original Eiffel Tower was built in 1889 and is made of wrought iron pieces which are fastened together with 2,500,000 rivets. The one in Vegas is made from welded steel and is stronger structurally and has "fake rivets" to duplicate the look of the original.
-Las Vegas is informally known as Hawaii's 9th island, due to the city's large community of Hawaiians.
-There is over 15,000 miles of lighted neon tubing used along the Strip and Downtown.
-In 1899 Charles Fey invented a slot machine named the Liberty Bell. The device became the model for all slots to follow.
-The Bronze lion outside of the MGM Grand Hotel weighs 50 tons, making it the largest bronze sculpture in the country.
-There have been 14 major building 'implosions' in Las Vegas since 1993.
-Approximately 34% of thefts and cheating in Las Vegas casinos are committed by staff.
-Wealthy businessman and aviator Howard Hughes requested a 200 gallons shipment of Baskin-Robbins' Banana Nut ice cream while staying at Las Vegas' Desert Inn. A few days later, Hughes decided that he was tired of the ice cream and announced that he would only eat Chocolate Marshmallow ice cream. The inn ended up distributing free Banana Nut ice cream for a year.
-After staying longer than his initial reservation (in which he had booked the inn's entire top two floors), Howard Hughes was also asked to leave the Desert Inn by the owner. Instead, he purchased the resort for $13 million.
-In 1996, Wayne Newton celebrated his 25,000th performance while Siegfried and Roy celebrated their 15,000th performance.
-The Las Vegas Harmon Hotel, a key part of an $8.2B Las Vegas Hotel project will be demolished before a single guest ever gets to check into a room due to major construction defects.
-A study conducted in 2013 showed that 15% of people come to Las Vegas primarily to gamble, but 71% gamble during their visit.
-The Mirage Hotel's iconic golden windows actually get their colouring from real gold dust.
-Nevada's prison-population growth since 1990 is 100.4%.
-The Stratosphere is the tallest, free-standing, observation tower in the US and the tallest structure west of the Mississippi River.
-15 of the world's top 25 hotels are located in Las Vegas.
-Caesars Augustus tower and Treasure Island all have an architectural feature designed to trick the eye into seeing the buildings as smaller (thus closer) than they really are. Each window covers four rooms on two floors. Wynn Las Vegas uses the same trick, in that there are two floors between each white stripe.
-In 2004, a British gambler, Ashley Revell, sold all of his possessions, including all of his clothes, and bet $135,300 on red for a single spin of a roulette wheel in Las Vegas and won $270,600.
-The Silver Slipper was the first casino to hire female card dealers on The Strip.
-There's a heavy equipment playground in Las Vegas where you can drive bulldozers and other big machinery for fun.
-Before Las Vegas was famous for gambling, it marketed itself as a place to watch atomic bomb tests in the desert. Over 10,000 people have successfully claimed half a billion dollars back from the US Government in compensation for fallout-related illnesses.
Posted by MrGarabaldi at 9:04 AM