Last year I posted a 21 minute kickstarter video for a Star Trek based fan film.  It is called "Axanar".  It is the back story from the original series (TOS).  There was an episode where Kirk goes to an asylum and he sees Garth of Axanar there, a very famous Star-ship captain whom later went insane. 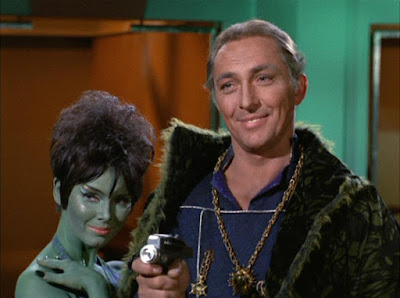 This character was the inspiration for the fan made movie that followed the original canon, not the reboot  by JJ Adams.  Here is the 21 minute kickstarter video that was used to spark interest.  They Have Richard Hatch(Original Battlestar Galactica Capt Apollo) as the Klingon Warlord Kharn.  Gary Graham who played the Vulcan Ambassador in the Star Trek Enterprise reprises his role, and many others.  The video is worth a look.


I have watched this again and again.....But Apparently Paramount got their feelings hurt and have sued the producers for "ripping off the Klingon Language."  And they are trying to shut down the production.  You can get information from the Official Website.  I have been watching fan made Star Trek on you tube for quite a while.  Star Trek Phase II is pretty good as have many of the others, what they lack in polish, they make up in passion and love of the show.  If you are  Star Trek fan, here is a list of fan made productions...Star Trek Fan Films.
Posted by MrGarabaldi at 9:57 PM