Some tacky Musings and thoughts...

I have been busy with Real life, I am getting ready to take a week off in Indiana at Indiana University in Bloomington.  I am the contingent adult adviser for my lodge going to NOAC so basically I get to worry and stress a bit.  I got the job after the guy that was doing it had to back out due to family reasons so I got the job.  I am not complaining at all, but I am having to pick things up on the fly and since I never have been there, it is all new. 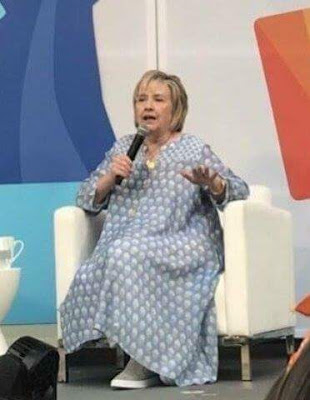 Felonia von Pantsuit A.K.A.  Hillary made an appearance over the weekend and she was sporting the latest style of "Muu-Muu"s apparently...I suppose the Clinton Crime Syndicate foundation  is running out of money so she really was looking kinda rough.  She was still peddling the same old story that the election was stolen by the evil Russians and not due to her incompetence.  She also had the temerity to question the White House that they were not supporting a diplomat and that she has never seen such a thing....I guess Chris Stevens was unavailable for rebuttal. 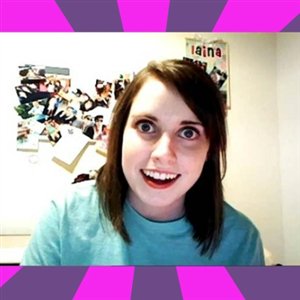 You know the "psycho girlfriend" meme..the one you see on Facebook and twitter,you know the one.....has been replaced...by a newcomer that has been a hit with the democratic socialist, marxist, commie Pinko, left wing of the democratic party...Apparently having one of "your pets" turn on you and kick you out of office despite you being "woke" enough to survive 10 terms is quite a feat and shocking to the now defeated 10 term democratic congresscritter from New York, but the newcomer is of Puerto-rican descent and she parlayed her demographic and her ability to peddle snake oil speak in the latest group-speak of the young democrats. 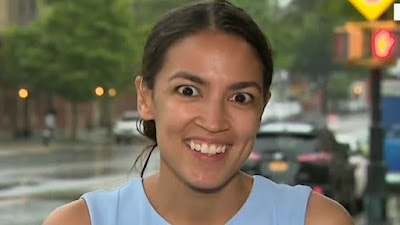 And speaking of "woke"  The Worldcon 2018 melt down...Apparently they released their panel listings and they didn't include many of the recent Hugo award winners that happen to be in the LGBTEIEIO category and they also didn't properly identify one of the people by their proper pronoun, I.E. Gender Neutral or something about that so one of the gatekeepers started virtue-signalling and really stirred up a hornet's nest.  Apparently only the "Woke" are supposed to attend and the people that run "Worldcon" wanted to have people that actually would draw fans to support the convention but the people that are there now only want to be inclusive...and that means to a leftist that they only want people that are like them and since only SJW's hang around because they have run off anybody else(Check out Sad Puppies) that don't believe as they do, now they are starting to turn on each each other because some are not as "Woke" as others and the heretics have to be burned at the stake for deviating even a little from dogma and that happens to be whatever the most "woke" of them say that it is. 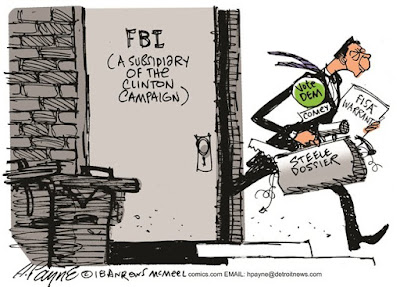 Apparently President Trump is mulling removing the top secret clearances that former Obama officials have had.  I think they should have been removed, the same people that still have clearances parley their access on the media, and other places trashing the administration, but their clearances gives them certain "Legitimacy" as they scream "Treason" and "High crimes and misdemeanors" on the talk show circuit.  I can't understand why they didn't yank their clearance.  When I was in the Army, I had a really good clearance but as part of my clearing out of the Army, my access to my clearance was blocked.  I guess this reaffirms that there are different rules for us the "Dirt People" and the "Cloud people". 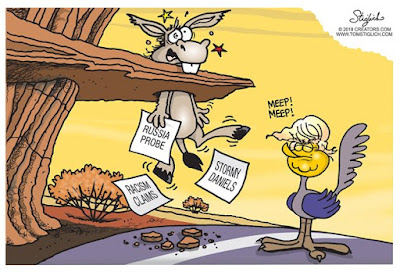 And finally no matter what the democrats try, they can't seem to get anything to stick to "Teflon Don",   And speaking of Stormy Daniels,  Her husband is divorcing her, apparently going where everyone has went before was getting old.
Posted by MrGarabaldi at 12:57 AM