"Walking in his shoes"

I have been very busy with "Meatspace" as they say, so I haven't been able to devote as much time as I want to blogging.  I still want to go shoot the Garand that I bought, but I have some stuff coming up at the end of the month, I will be at NOAC and I am planning that trip.    I saw this on Townhall and I thought it was a very good article so I shamelessly ripped it off. 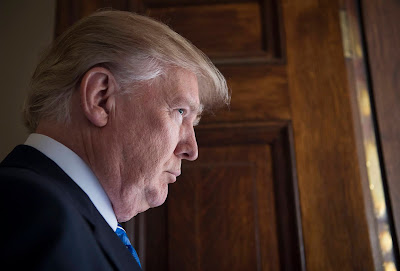 By Brian C. Joondeph
President Donald Trump is not a figure many feel empathetic toward.  Nearly half the country hates him.  Hate may be too mild a word.  They despise him and equate him with the worst of human history, Hitler and the Nazis.  They want him destroyed, literally and politically, along with his family.  This includes Democrats, the media, and many Republicans.
His resignation or impeachment wouldn't be enough.  He needs to face treason charges and punishment at the end of a rope or in front of a firing squad, along with his family.  His supporters are guilty by association and must face similar justice.
But in To Kill a Mockingbird, Atticus Finch told Scout, "You never really understand a person until you consider things from his point of view, until you climb inside of his skin and walk around in it."  This is the essence of empathy.  You can't understand someone until you've walked a mile in his shoes.

Let's for a moment climb inside Donald Trump's skin and walk around in it.
Trump was a successful businessman, a billionaire with properties, resorts, golf courses, and hotels around the world.  He owned a huge private jet, only a half-step down from the one he currently uses.  He has a beautiful wife and family; his children are smart and following in his business footsteps.  He hosted a wildly successful television show, was a household name and a darling of the media before he decided to run for president.

Yet he gave that up.  Why would he do that?  As a septuagenarian, did his ego demand one more even bigger prize?  Or, as some have speculated, was he approached by a group of patriots several years ago and told in no uncertain terms about the Deep State and America's trajectory into the abyss?  Perhaps he was told that he was the only one who could run for president, have a chance of winning, then slow or stop America's decline.
Did he, as a consummate patriot, take up the challenge?  Someday we may learn why he gave up a comfortable and successful life in exchange for years of scorn and derision.
In Hillary Clinton, he fought a political opponent who was challenging, not personally, but for what and whom she represented: the establishments of both parties, the donor classes, the media, Hollywood, academia, and the Clinton machine that has been active since her husband's presidency two decades earlier.
He worked his butt off, campaigning around the clock.  From his tweets at 4 A.M. to his campaign rallies in multiple states in a single day, he worked harder than any candidate in recent memory.  His opponent did the opposite.  Sipping chardonnay and napping, she listened to her cheerleaders in the media, fawning over her every utterance, telling her repeatedly that she would win the election easily, and doing most of the campaigning for her.
Media coverage of Trump was and still is over 90 percent negative.  His own party worked against his election, the party he represented and brought victory to.  The big names in the GOP tried to undermine him – McCain, Romney, Bush, Ryan – all past presidents or candidates, the heavy hitters in the GOP, not to mention the Republican NeverTrump whiners.
Then there was the Deep State, the unelected and unaccountable three-letter agencies, conspiring and working against Donald Trump, not only as a candidate, but also as president.  They spied on his campaign, creating fictional dossiers used to justify FBI surveillance of Trump, his entire campaign staff, and his family.  It was a concerted effort by the leadership of these agencies to prevent his election, then "an insurance policy" to destroy his presidency as a Plan B.
Phony accusations or Russian collusion tainted his presidency, providing a cloud over his election, much like a successful athlete winning a medal or championship fair and square and against all odds, then having his victory tainted with the accusation of rigging or cheating.  How would such a winner react to claims that he didn't really win?  Especially when he had worked so hard for victory and had so little help in the process.
The Russian collusion story taints Trump's successful campaign and election.  The Mueller investigation and drumbeat from the media share the common refrain that Trump is an illegitimate president, that he cheated to win, conspiring with an enemy country.  This is the same country, ironically, that so many of Trump's critics were in love with only a few years ago.
Trump has been working hard as president, accomplishing more in his first 500 days than any of his predecessors – tax cuts, a roaring economy, record unemployment, a reversal of 50 years of failed policy toward North Korea, strong judicial picks, and so on.  Does he get any credit from the media or his own party?  Hardly.  Instead, scorn and insults continue to rain down on his head.  Wouldn't you be frustrated and bitter standing in his shoes?
Last is the Mueller indictment of 12 phantom Russians over supposedly hacking the DNC computers – computers the FBI did not even examine.  Indictments are simply accusations, not verdicts in a court of law, and were announced the last business day before Trump's Russia summit.  What a coincidence of timing, painting Trump in a box where he has to either validate the Russian collusion narrative or question the veracity of the U.S. intelligence community.  Always the contrarian, he chose the latter option during his press conference with Putin.
Does Trump fully trust the intelligence services, the same ones that conspired to spy on his campaign and undermine his election, then tried to overturn his presidency?  All this is based on the nonsensical assertion that Russia hacked the election, an absurd concept that even the media's savior Barack Obama said was impossible: "There is no serious person out there who would suggest somehow that you could even rig America's elections."
This is the same Intelligence Community that exonerated Hillary Clinton for crimes proven but never investigated and indicted Donald Trump for crimes investigated ad nauseam but never proven.  The same Intelligence Community that told the world that Saddam had WMDs, dragging the U.S. and other countries into a costly and counterproductive war.
Put yourself in Trump's shoes: a highly successful businessman, in the latter years of his life, taking on the Herculean task of running for and winning the U.S. presidency.  In victory he finds nothing but abuse, scorn, and betrayal, by friend and foe alike.  He is surrounded by landmines, his intelligence community plotting a path to make sure he steps on one landmine after another.  This is a journey few mortals would undertake or survive.
Is it any wonder he is pushing back against those trying to destroy him and his presidency, including the FBI, DOJ, and CIA, all in the thick of seditious activity against the duly elected president?  He has few friends in Washington, D.C.; many who should have his back are eager to bury a knife in it instead.
The simplest explanations are often the best.  Walk a mile in Trump's shoes, and his actions make all the sense in the world.  A guy chosen by ordinary people, trying to make America great again despite so much of America trying to stop and destroy him.  How would any rational person behave when standing in Trump's shoes?
Posted by MrGarabaldi at 4:26 PM

Email ThisBlogThis!Share to TwitterShare to FacebookShare to Pinterest
Labels: trump