I would have continued my "soundtrack" run but I heard this song and  I had totally forgotten about this song it kinda faded away.  It was the first of what I called the "Vietnam songs"in the  1980's that I recall.  Vietnam was a taboo subject for a while the wounds that the conflict left on the American Psyche was deep.  We had won the battles but lost the war because we as a nation had lost the will to fight it thanks to the media and the hippies and the antiwar movement that was funded by the communist party and liberal donors.  it took several years before Vietnam could be discussed outside of the veterans.  My Dad is a Vietnam Veteran, he did a tour in 1968 and dealt with the tunnels of Cu-Chi and the Tet Offensive, then he returned in 1972 for a second tour.   For a while especially in the 1970's, the Vietnam vet was portrayed as crazy or dangerous.  The specter of Vietnam dogged every use of the Military or any support during the 1980's, from Grenada, to Beirut, to Honduras and Nicaragua.  The Ghost of Vietnam were finally laid to rest during Desert Storm.


"Still in Saigon", is a song written by Dan Daley and performed by the Charlie Daniels Band and released on their 1982 album Windows. It was written by Daley in May 1981. 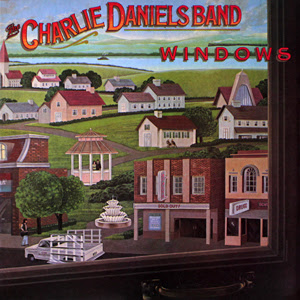 The song is an effective portrayal of the plight of the American Vietnam veteran a decade after the war; it was part of an early 1980s wave of attention to the subject, presaging treatments such as Bruce Springsteen's "Born in the U.S.A." and "Shut Out the Light", Billy Joel's "Goodnight Saigon", Huey Lewis and the News' "Walking on a Thin Line", Paul Hardcastle's "19" and somewhat later Steve Earle's "Copperhead Road".

The story is told ten years after Daniels, as the protagonist, faced being drafted into the Vietnam War. Though he could have avoided being sent (either by escaping to Canada as a war protester, or choosing to stay in school under a student deferment), believing he was "brought up differently/I couldn't break the rules" elected to go ahead and serve.
He remained in the military for "thirteen months and fifteen days", with the latter portion ("the last ones were the worst") taking an emotional toll on Daniels ("one minute I'd kneel down and pray/The next I'd stand and curse"). The emotional problems only worsened upon his return, as he came home to a bitterly divided family – his war-protesting younger brother labels him a "killer" while his father calls him a "vet". Moreover, he began to exhibit signs of post-traumatic stress disorder (PTSD) resulting from his service (constantly looking behind doors for the enemy, and exhibiting flashbacks during the rainy summer season); symptoms which ten years later continue to plague him.

Posted by MrGarabaldi at 3:30 AM