WWII German Aircraft Carriers could they have impacted the war?


I have posted before about WWII Germany's only Aircraft Carrier.  I had blogged about that carrier back in 2016.  Now this is a "What if" if Germany had gotten their carriers into the war especially after seeing the effect that carriers were having on the war in the Pacific. 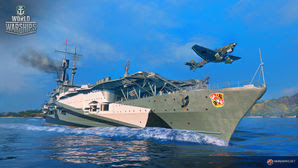 It might be easy to throw out a discernible “no” when asking such a historical “what if” given that we know the real outcome. What if the Germans developed the atomic bomb? What if America was ready for Pearl Harbor? What if the D-Day landings had failed? Yet, military history captures the imagination in part, in that we get to live out events beyond our own time in history.
The German military was feared for many reasons in the 1930’s and 40’s, but the might of their aircraft carriers was not one of them. Germany would produce only 2 aircraft carriers, if you could actually call either a full production. Both remained in port and neither would see service.
Given that we know the outcome without the carriers in action and that outcome was less than favorable to the Germans, let’s consider the alternative. Could Germany have won the battle of the Atlantic with momentum on it’s side had the aircraft carriers been pressed into service? Would allied shipping already in a state of fear over the dreaded U-boat have been given more problems than they could solve with the addition of air power at sea?
It can be said of war that the military leadership’s primary mission is to give the enemy more problems than they can solve. It is the premise behind combined arms exercises that bring to bear the full spectrum of military power. Air, land, and sea converge to create these myriads of problems for the enemy.
In that sense, it would be a discernible yes that the presence of German aircraft carriers in the Atlantic would have created another problem for the allies.
Ponder the Bismarck roaming the open seas among herds of wolfpack U-boats and the aircraft of the Graf Zeppelin soaring overhead. The Allied “problems” would now exist under, on the surface and above the sea. 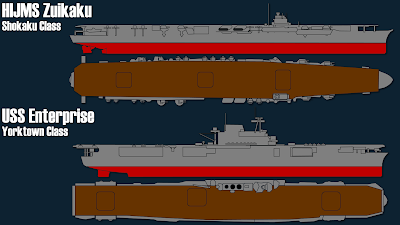 The importance of aircraft carriers in the Pacific proved their strategic and tactical value. It demonstrates with certainty that Germany would have gained some strategic and tactical value had they put completed carriers to sea. Would it have been enough to win the Battle of the Atlantic?
To answer this question, one needs to discover the reason Germany decided to forgo the full production of aircraft carriers in the first place. In the 1930’s Germany did indeed put out a call for two aircraft carriers the first of which would be the Graf Zeppelin launched on December 8, 1938.
The 2nd designated Flugzeugtrager B would follow but would quickly find itself scrapped. Neither saw functional service and the reason boiled down to a limit in resources and a change in priorities.
With Germany’s rapid advance on the ground throughout Europe there was an emphasis placed on coastal guns and shore defenses. Moreover, there was a reported shortage of anti-aircraft guns that would be necessary to defend the ship.
As the war pressed on, a shortage of pilots further stretched resources to the limits and by 1943 the new head of the Kriegsmarine, Karl Donitz, ordered the program scrapped. Whereas the presence of aircraft carriers in the Atlantic would have indeed created a new problem for the Allies to solve, it would have most certainly pulled resources from other parts of Germany’s losing war effort.


In the end, the quality of both the Graf Zeppelin and the Flugzeugtrager B would have fallen far behind that of the Allied Navies. Unless one hopes to imagine a fantastic scenario where Germany would have produced 5 to 8 carriers in a world where they lacked the resources to produce 2, the point seems moot.  By 1942, the Americans and Japanese were far ahead of the Germans in quality of their carriers and the numbers.
German aircraft carriers roaming the Atlantic would have most certainly caused problems and won its fair share of victories, but the fate of the war itself would have been sealed.
In the end, the Graf Zeppelin and the Flugzeugtrager B would have found companionship at the bottom of the Atlantic with the famed Bismarck. To have won a battle is not to have won the war. When one considers the Battle of the Atlantic as the sum of events from 1939 to 1945, it doesn’t appear that the outcome would have been any different If Germany had hoped to compete in the Atlantic with carriers, 1938 was far too late to have launched its first. The victory in this scenario again goes to the Allies and modern divers would have two new ghost ships in the Atlantic in which to explore
Posted by MrGarabaldi at 6:00 AM