Monday Music "Fortress around your heart" by Sting

This song came out while I was in college and then during the summer and early fall before I joined the U.S. Army, to me the song was very haunting and almost surreal, and the military terms he mentioned in the song reminded me that I was fixing to join the Army, the time from college until basic was my Party time, my "Senior year" one year later than everyone else.  I had no care in the world because I knew that it was going to end and I wanted to party and forget that I was going into the service.  I have no regrets and would do so again, but the unknown was daunting and a bit frightening. I suppose.

"Fortress Around Your Heart" is one of four hit singles released from Sting's 1985 solo debut album The Dream of the Blue Turtles. 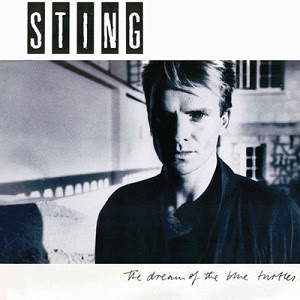 The song was later included on the U.S. release of the Fields of Gold: The Best of Sting 1984–1994 compilation album.

This was inspired by Sting's divorce. The pain he felt when he couldn't make his first marriage work led him to write some of his biggest hits, including "Every Breath You Take" and "King of Pain". Sting wrote the song in the studio in Barbados in 1985. The song features a Branford Marsalis sax solo,. In a Musician magazine interview later that year, Sting said:


"'Fortress' is about appeasement, about trying to bridge the gaps between individuals. The central image is a minefield that you've laid around this other person to try and protect them. Then you realise that you have to walk back through it. I think it's one of the best choruses I've ever written."


During one of Sting's first performances of the song in concert in Paris, his crew lowered a tiny fortress onto the stage in a parody of the similar Stonehenge scene from the film This Is Spinal Tap.

I could find no information on this video, occasionally that happens.