What to do when your Dr. asks "Do you have any guns in the house..?"

I have so far not been asked this question....Yet, I live in GA and this kind of question is frowned upon, but one day it may show up.  I heard of people in other states, their family Dr. asked these questions....I remembered asking this question back in 2013 when Obamacare ramped up and there was a question asked by JPFO.org about the information that you give to your Dr's office especially if it relates to Obamacare and all information that you give them is available to the government and that this would be a backdoor registration scheme.

I have instructed my son if anybody asked him at school if there are any guns at home, I have instructed to to say "Nope".  I hate telling him to lie, but the present climate forces me to tell him.  He also tell his friends that there are only rifles at his house are his .22 bolt action rifle.   When I am asked if I have any firearms at home, especially by some survey or something...I will lie like a cheap rug and say "NO".  For OPSEC reasons I will not disclose information like that.  It falls under "NONYA",  Same for financial information.

I got the following article from the "Federalist papers.org


I went to the doctor this morning – nothing urgent, just a checkup for a mid-40s guy who hasn’t been to the doctor in years, but when they gave me that ubiquitous survey about my lifestyle (Do you smoke? How often do you drink?), I was looking for one particular question:
Do you own a gun in your home? 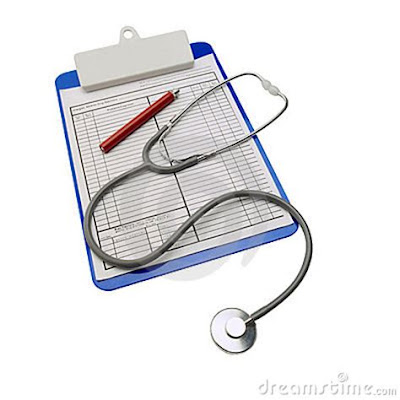 Doctors are increasingly asking this question, and conservative lawmakers are trying to stop them.
In Florida, Gov. Rick Scott signed a law in 2011 banning doctors from asking about firearms in their patients’ lives, The Washington Post is reporting.
But doctors still think this is a great idea … you know, to protect you from yourself. In a new study, they said that no law should stop them from asking about guns:

".Firearm violence is an important health problem, and most physicians agree that they should help prevent that violence,” wrote Garen J. Wintemute, a public health expert at the University of California Davis and co-author of the paper, in an email to The Washington Post. In the literature review, which doubles as a call-to-arms, the authors conclude it is neither illegal nor unreasonable to ask patients about gun safety.

“No federal or state law prohibits doctors from asking about firearms, counseling about their use, and — when there is imminent risk of harm — disclosing information to others who can help,” Wintemute said. Several states have mulled statutes similar to Florida’s, but none of the proposed bills have passed.
“Physicians seek to prevent important health problems at the individual and population levels,” Wintemute and his colleagues write. “They inquire and counsel—routinely in some cases, selectively in others—about a wide range of health-related behaviors and conditions. In certain circumstances, they disclose otherwise confidential information to third parties to limit the risk an affected person poses to others. Physicians generally do not do well at firearm related injury prevention, however. They ask infrequently about firearms and counsel poorly, if at all, though they are aware that the high lethality of firearms makes prevention efforts particularly important.”
These doctors claim genuine concern about their patients – and that’s probably true. White men who show signs of depression are are at a high risk to commit suicide with a gun, statistically speaking. And simply being forced to confess you keep loaded guns lying around your house within reach of your young children might be enough to convince someone to lock up the guns.
But that’s not the point. The point is that in a political and cultural environment that is increasingly hostile to the Second Amendment and law-abiding gun owners, telling anyone outside your immediate family that you are armed is a risk. It’s a risk because that information will go on your medical record and if they don’t already, the feds will soon have access to all your medical records.

And it’s only a small step until one day when liberals control all the levers of government and can impose mandatory gun registration or confiscation.
And you’d better believe they’ll use all resources available to them to find out who owns the guns so you may be disarmed. Quickly and without incident.
So what do you do when your doctor asks if you have a gun in the home? Jazz Shaw, writing for HotAir, has a good idea: Lie.
Don’t tell them you do have a gun, because that instantly becomes part of your medical record.
Don’t waffle, or tell the doctor you’re “uncomfortable” answering the question, because they very well may notate that too.
Lie. Right through your teeth. “Why no, doc, I don’t have any guns in the home at all!”
It’s none of anybody’s business anyway.
By the way, that question never was on the questionnaire I filled out. But I’ll be ready next time.

I clipped this back in 2013 and it took a bit of digging to find it, I remembered posting something about this.  I was even annoying poor Old NFO even back then, lol

I saw this on Old NFO's Blog   And this ties in with what I had posted yesterday, I am reproducing it completely from the links provided by him.(Thank you).  I figured if this get disseminated it will cool off many of the Dr's playing Perry Mason at the behest of the AMA or any other groups that try to play "lets pile on the lawful gun owners" due to the present political climate.  Dr's listen to their malpractice insurance carriers above all and risk management is a big part of their practice especially in the litigious society that we live in.