Monday Music "Bad to the Bone" by George Thorogood 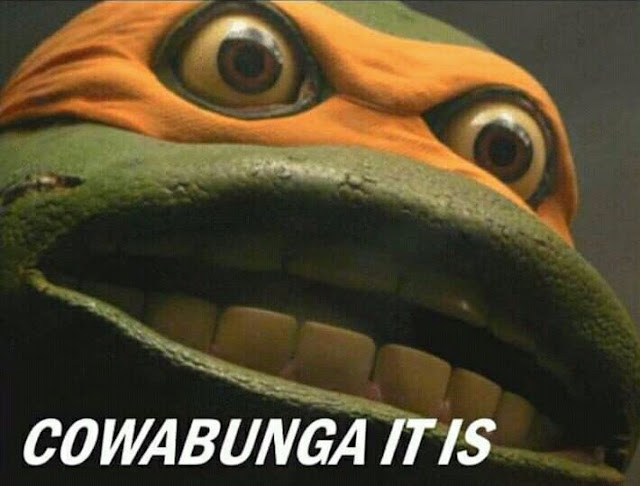 Bad to the Bone is the fifth studio album by American Blues-Rock band George Thorogood and the Destroyers. It was released in 1982 by the label EMI America Records and contains their best known song, "Bad to the Bone". The album also features The Rolling Stones side-man Ian Stewart on keyboards. A special edition of this album was released in 2007 to mark the 25th anniversary of the album's original release. 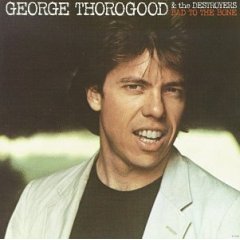 "Bad to the Bone" is a song by George Thorogood and the Destroyers released in 1982 on the album of the same name. While it was not widely popular during its initial release, its video made recurrent appearances on the nascent MTV, created a year before. Licensing for films, television, and commercials has since made the song more popular.[citation needed] Author Jim Beviglia argues that despite the song not making the pop charts, it "outstrips all other 80s songs in terms of the way it has essentially become cultural shorthand"

he video intercuts a live performance by Thorogood and his band with his playing a lengthy game of pool with Bo Diddley. Pool player Willie Mosconi is summoned from another room by a spectator (played by Michael Fusco), and he wagers a large sum of money on Diddley. As Thorogood appears to be winning, a group of children outside celebrate while Diddley gets a dirty look from Mosconi.
Thorogood smokes a fat cigar throughout the pool-playing sequence. The video ends with Thorogood making the 8 ball drop into a pocket by flicking a large quantity of cigar ash on the floor, apparently triggering the drop of the ball in the pocket.

The song has been used in filmmaking and television productions, often as a tongue-in-cheek comedic device when a "bad guy" needs to be introduced or identified. An example of this is in the opening of the movie Christine, where the song is played as the red and white 1958 Plymouth rolls down the production line and injures an inspector, and again in the ending shot when a piece of Christine's grille moves. The song was used in the bar scene in Terminator 2: Judgment Day where the Terminator first is shown in his full leather outfit. It can also be heard in the card game scene from the remake of The Parent Trap. The song was used in the scenes in the 1988 drama film Talk Radio in the scenes where radio talk show host Barry Champlain's radio show, used as the opening and closing theme of his radio show. It was also used in the 2010 computer-animated superhero movie, Megamind. It was also the title theme to Problem Child and its sequel, and Major Payne. It is also included in the South Park episode "You're Not Yelping" while Cartman walks down a hallway. It is also played during Shaun the Sheep Movie after Shaun is caught by Animal Containment.
The song was used many times in Married... with Children, when Al Bundy does something fun, usually followed by the line "Let's Rock." For example, in "Hot off the Grill", "A Man's Castle", "Heels on Wheels" episodes.
The song was referenced in the episode of Family Matters, "Crash Course", by Steve Urkel when Eddie Winslow crashed the family station wagon in the living room without a driver's license. Urkel stated that he is bad to the bone and that bad is his middle name.
Alvin and the Chipmunks covered the song for the episode "Alvin's Oldest Fan" from their TV series. It was also featured in the episode "Endless Summer" of the series Renegade. Almost the entire record can be heard at the beginning of the episode "Nobody Lives Forever" on the TV series Miami Vice. An episode of Disney's TV show 101 Dalmatians: The Series has an episode named after the song.

"Bad to the Bone" has been used in many films, such as: