This one of my Aviation related post, Flying Airmail was a lucrative business for many new airplane owners, it was a guaranteed income stream.  Boeing recognizing the lucrative possibilities designed a plane for that market segment. 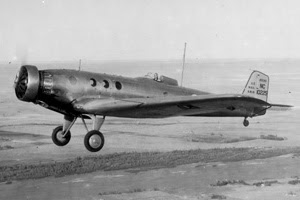 Boeing’s productions pushed the United States aviation industry forward during the first half of the 20th Century. Its seaplanes such as the B & W, Model C, and B-1 all sparked life into the growing market. Its biplanes such as the Model 40 also took flying prospects to the next level. However, the launch of the Monomail in 1930 truly helped the industry realize its potential due to the aircraft’s revolutionary features.

This monoplane helped the market shift away from the traditional biplanes of the time with its sleeker design. According to Boeing, the plane had a wingspan of over 59 feet and a length of just under 42 feet. The wing was set lower, and its smooth build was made of entirely metal and had no struts. The early form of the standard modern plane can be seen in the structure of this model.
Other vital advancements of the Monomail include its retractable landing gear and the streamlined fuselage. Moreover, its engine was covered by an antidrag cowling, adding to the aerodynamic design of the plane.
The first edition of the Monomail was the Model 200. Much like several pioneering aircraft of this era, it was a mail plane. It saw success on a route between Chicago and San Francisco from July 1931.
The unit weighed 8,000 lbs and could accommodate approximately 1,500 pounds of goods. It could reach a range of 500 miles with a top speed of 158 mph and a cruising speed of 135 mph. Additionally, it could hit a ceiling of 14,700 feet with its 575-horsepower Pratt & Whitney Hornet B engine.
Unfortunately, pilot Alva Lucas crashed a monomail while delivering mail from Montana to Wyoming in October 1935. According to Colorado Wreck Chasers, the aircraft descended too soon and impacted terrain 13 miles south of Glendo.
Boeing also designed another variant for passenger use in the form of the Model 221. This edition’s fuselage was stretched by eight inches and gave up some shipping capacity to carry six passengers. Additionally, the plane’s pilot handled the front in an open cockpit, taking off for the first time on August 18th, 1930.
However, it was the introduction of the transcontinental passenger service aircraft, Model 221A that left an even bigger impact. This model revised the earlier units with slight fuselage extensions to enable a cabin that can hold eight passengers inside. This type saw commercial success as United Airlines (then United Air Lines) took it on for its Cheyenne to Chicago operations.
Boeing admits that one of the significant drawbacks of the Monomail was that it was ahead of its time. The design was too progressive for the engines and propellers that were around
The plane needed a low-pitch propeller for departing and a high-pitch propeller to cruise while in the air. However, by the time variable-pitch propellers arose, new multiengine aircraft entered the market. Subsequently, the 200 Monomail was retired in 1933 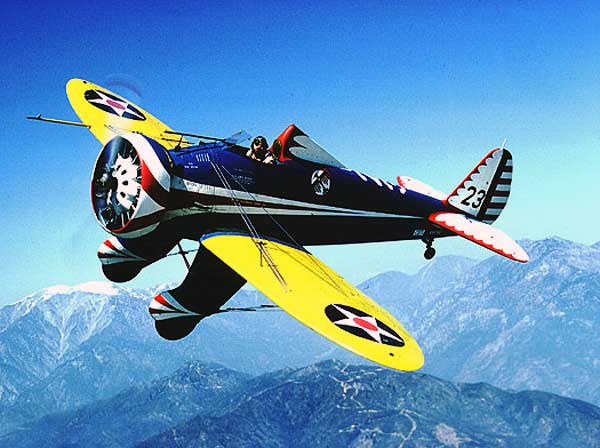 P-26 "PeaShooter"
Nonetheless, it was the Monomail that set the standard for these modern planes. The designs of the B-9 and the P-26 Peashooter, both drew inspiration from the Monomail.
Additionally, the Model 247 is perhaps the most crucial offspring from the Monomail. The airliner was operated by both commercial airlines and the military. Key holders included Avianca, Lufthansa, Canadian Pacific Airways, the United States Army Air Corps, the Royal Air Force, and the Royal Canadian Air Force. Therefore, the aircraft indeed catalyzed Boeing’s international presence.
Altogether, the Monomail lived a short but impactful life. Its emergence in the 1930s helped shape the aviation industry for one of its most important periods heading into World War II. US aviation was able to build on the revolutions that the aircraft offered to take operations to greater heights throughout the century.  What caused the retirement of the Boeing Monomail was the airlines getting the contract to deliver the mail and it created a scandal in the process.
Charges of corruption in the air mail system led President Roosevelt to cancel all air mail contracts. The Army resumed carrying the mail.
Federal reforms enacted in 1930 gave most routes and air mail contracts to big airline holding companies. Small, independent airlines complained this was unfair, even though most had sold their own contracts and some did not even exist when the law was passed.
The independents fought to break the holding companies' power. Their efforts led to congressional hearings and unfounded charges of corruption and conspiracy to monopolize the air mail. Responding to political pressure, President Franklin Roosevelt canceled all domestic air mail contracts on February 9, 1934. The Army Air Corps was again called upon to carry the mail.