There was a secret organization that the Nazi's formed toward the end of the war, it was based on the paranormal, the Nazi's had this fascination with the occult, for example the organization Todt, their forced labor organization, a variation of that name means "death or dead". and since they worked many of their workers to death since they were conscript or slave labor, it kinda fits the name.

It is said that “desperate times call for desperate measures,” and no one was more desperate than the members of the Third Reich in 1945 during the final months of World War II.
Even Adolf Hitler knew the Allies were advancing on Berlin. The thought both terrified and enraged him. 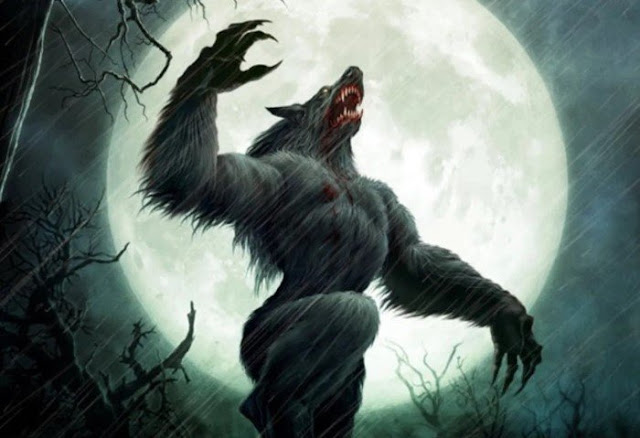 Hitler had always been a big believer in the occult, numerology, the zodiac, and more. But by the final months of the war, his belief morphed into a kind of obsession.
His preoccupation with these matters was well known to his men. They catered to it by delving into subjects like the existence of the Holy Grail, witchcraft, and werewolves.
Hitler was fascinated by werewolves, but he believed in them the same way Germanic folklorists did, namely that werewolves were merely “flawed, but well-meaning characters who may be bestial, but are tied to the woods, the blood, the soil,” says Eric Kurlander, author of Hitler’s Monsters: A Supernatural History of the Third Reich. Werwolf – ruins of Hitler’s headquarter near VinnytsiaAccording to Kurland, Hitler used werewolves and wolves as symbols of German strength and purity against those seeking to destroy them.
Hitler co-opted the image of the creatures often. In one instance, he named a plan to destroy his enemy’s supply chain “Operation Werewolf.”

He also created a group of paramilitary soldiers – werewolves – to confuse and frighten the advancing Allies and the Soviets, against whom he was losing badly on the Eastern Front.
By late 1944, even Hitler and his top men, including Joseph Goebbels, knew the war would soon be over. They realized that they couldn’t pull victory from the jaws of defeat. 9 March 1945: Goebbels awards a 16-year-old Hitler Youth, Willi Hübner, the Iron Cross for the defense of LaubanInstead, they chose to delay the inevitable in the hope that they could devise a more favorable scenario for Germany. Historian Perry Biddiscombe explains in his book, Werewolf! The History of the National Socialist Guerrilla Movement, 1944-1946 that Goebbels came up with the idea to exploit the werewolf legend.
In early 1945, Biddiscombe notes, broadcasts began nationwide urging citizens to join the “werewolf movement.” He describes one broadcast in which a woman, posing as a werewolf, says, “Lily the werewolf is my name. I bite, I eat, I am not tame. My werewolf teeth bite the enemy.” It might sound a little absurd now, but some Germans back then were eager to join up because the propaganda stoked fears they already had about the victors.
However, many Germans were largely tired of the war, worn out by years of deprivation and conflict. They just wanted the whole thing to be over.
The Allies took the threat seriously as well, even though General Patton declared it “bunk.”
Goebbels controlled the media, and he fuelled confusion and fear by alleging that Nazi werewolves – the paramilitary – were doing real damage. However, any damage that was done was mostly to the German citizenry.
Biddiscombe estimates that several thousand injuries resulted from the werewolf campaigns. They targeted folks who welcomed the Allies and did substantial damage until 1947.
Kurlander finds this period in Germany’s history particularly intriguing. “It’s fascinating to me,” he told Smithsonian.com, “that even when everything is coming down around them, the Nazis resort to a supernatural, mythological trope in order to define their last-ditch efforts.” 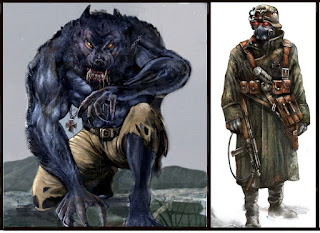 Germany at the end of World War II was a chaotic place largely destroyed by Allied bombs. Its people were exhausted from years of Nazi rule and a war that left them hungry and poor.
The history of the so-called Nazi werewolves does not really seem as bizarre as it might in the context of a different country and a different leader. But with Hitler, all bets were off; even his own men didn’t know what he might ask of them next.
If the Allied soldiers were never actually as hurt by the werewolves as he had hoped, his own people suffered because of them. It is another chapter in the long saga of Nazi rule, and the damage it caused to the German people.
Posted by MrGarabaldi at 5:30 AM