Could Nazi Germany have invaded Switzerland during WWII and Succeeded?

I ran across this on Qoura and it was a pretty good article, I figured that Switzerland would have been a difficult nut for the nazi's to crack, their Military was top notch and they would have fought a guerilla war in the alps and bled the Germans dry worse than the Yugoslavians did under Tito.

The Germans actually made plans to conquer Switzerland ( Operation Tannenbaum "Fir Tree"). Hitler repeatedly assured the Swiss that he would respect their neutrality, this however was all a ruse. He secretly despised Switzerland & wished to bring it into the Reich one day:

"Switzerland possessed the most disgusting and miserable people and political system. The Swiss were the mortal enemies of the new Germany."-Adolf Hitler

The Swiss however were no idiots, they gradually increased their defense spending & worked to modernize their military during the 1930’s. The Swiss standard issue K31 Rifle for example was superior to the German Kar98 rifle in terms of ease of use, accuracy, & weight. Fortifications & defensive works were also increased or updated to meet the rising German threat.

The conquest of Poland (1939) caused the Swiss military to mobilize its population for war & to implement contingency plans for a possible conflict. The surrender of France & the expulsion of the British Expeditionary Force (1940) however left Switzerland alone & surrounded. The day France surrender Hitler immediately ordered plans be drawn up for the conquest of Switzerland, the Wehrmacht prepared for its next conflict. 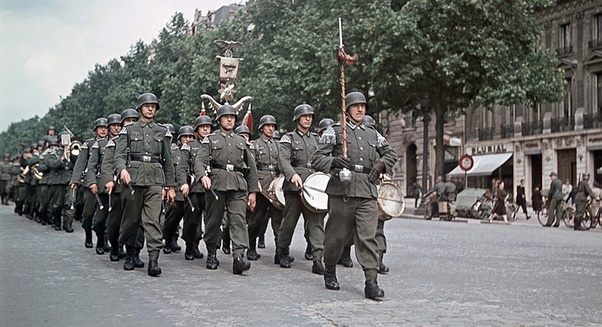 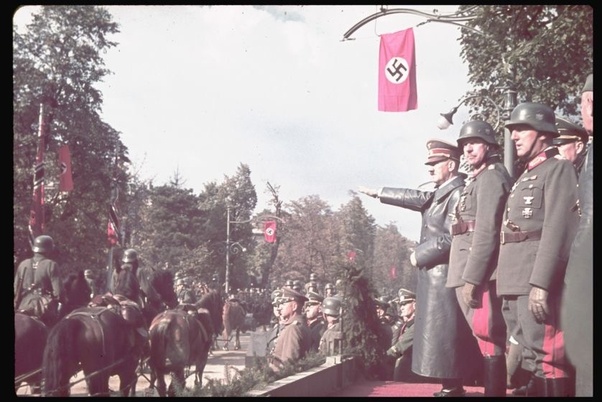 What Hitler’s inner circle hoped for however was a bloodless Anschluss, as what Germany did with Austria. Nonetheless this never materialized, although a democratic & diverse country, many Swiss citizens ( foreign born & domestic ) were firmly anchored with the Swiss Government & loyal to Switzerland. 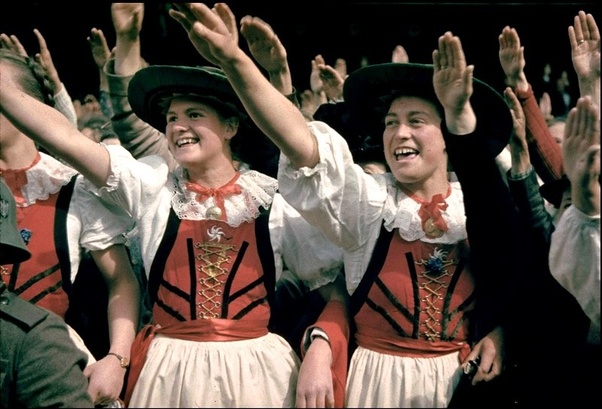 Switzerland’s population and military hunkered down & waited for the impending invasion. The Swiss plan was a little controversial, they would fight a war of attrition. The military would hold their fortresses & inflict maximum casualties until they had to retreat. The mountainous terrain of the Swiss Alps created excellent defensive positions & were peppered with trenches, bunkers, pillboxes, etc. The economic & population centers however were to be sacrificed, they were vulnerable & not worth the resources to defended. The Swiss military knew they couldn’t stop a German invasion, they wanted to maximize their military as much as possible ( better to fight at their defenses in The Alps than the city streets, which would eventually be overrun by the Germans ). 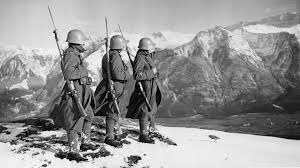 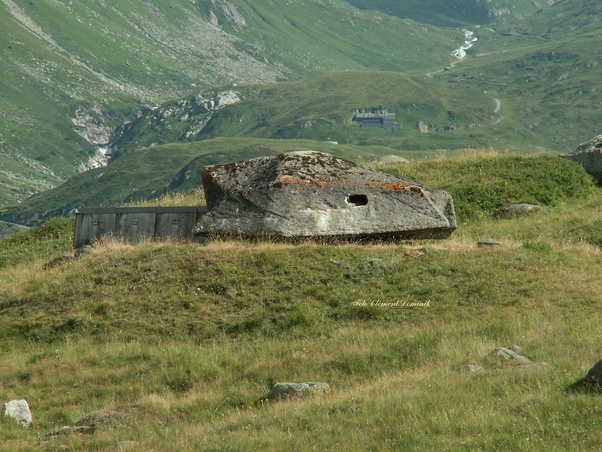 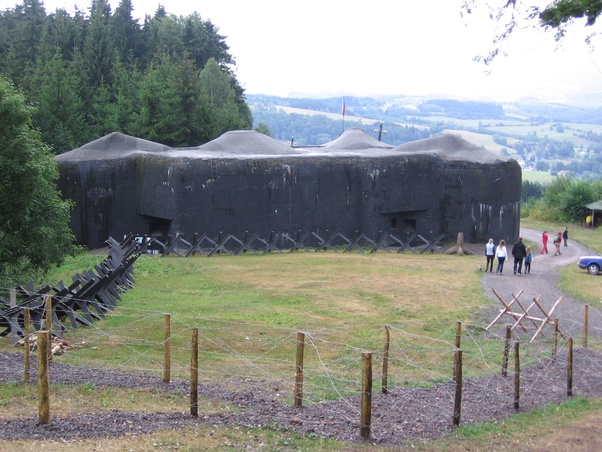 So why didn’t the Germans invade? They definitely could’ve suppressed Switzerland (eventually) with their superior military, plus they had the Italians (who would’ve invaded from the South). Well nobody knows exactly. Hitler for whatever reason never gave the go-ahead to the invasion plans. Some think it was Switzerland’s military deterrence & economic concessions that did it, but we’ll never know for sure why Hitler never gave the go. Setbacks in other theaters ( Reverse of fortune on the Eastern Front, defeat in North Africa, D-Day, etc ) eventually shifted German priorities elsewhere. Thus Switzerland survived through a combination of smart politics, military deterrence, & luck. 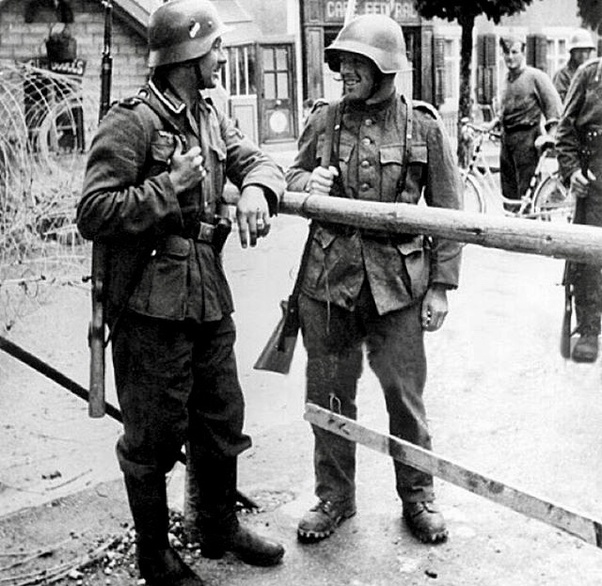 (Swiss & German soldier at the border)

Nazi Germany always intended to end Switzerland's independence after it had defeated its main enemies on the continent first.

Fortunately for the Swiss, that didn't happen, with the U.K. winning the Battle of Britain, and the Soviet Union not surrendering to Nazi Germany. If that had happen, Switzerland would have been a simple clean-up operation for Germany.

With the U.K. to win, and Operation Barbarossa, German didn't really have the spare units in the size needed to take Switzerland! For the invasion of Switzerland, Germany thought it needed somewhere between 300,000 and 500,000 men. Between the Western Wall, Russian front, and the fighting in North Africa and Italy, the Germans couldn't waste units to take Switzerland!

Switzerland was going to be a tough nut to capture, but not impossible at all.

The rest of the allies were a big reason why Switzerland wasn't invaded. The Swiss made it expensive enough to take their nation, that with the pressure the allies were putting on Germany, it wasn't worth it.

Without allied pressure, Switzerland was doomed

Email ThisBlogThis!Share to TwitterShare to FacebookShare to Pinterest
Labels: Nazi Germany, Switzerland "What if", WWII