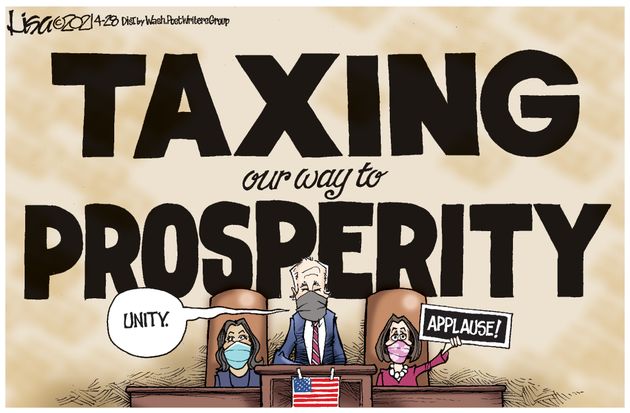 President Biden’s first address was the most boring political speech I have ever listened to – it was just gibberish.

I really believe that Joe Biden doesn’t understand what he is saying. He actually believes that spending $6 trillion and allow the government to take over the private economy is going to lead to prosperity. This frightens me.

This address was a communication to the American people that said, if you vote Democrat, we’re going to give you stuff. We’re going to take away from affluent Americans and provide for you. That is how socialists get elected. That is what the promise was.

I hate to say it, but the only thing that can save the country is if the economy goes into decline late this year. Because if the economy tanks and people are feeling insecure about it, they will vote Democrats out in the 2022 midterm elections.

The Democratic party wants to run everything - and if the American people continue to vote for them, individual freedom is going to go right down the drain. They want you to be dependent on them - that is the endgame.

Email ThisBlogThis!Share to TwitterShare to FacebookShare to Pinterest
Labels: The Usurper, Xiden Whitehouse