North Korean Pilots did fight Americans in the Vietnam War.

In the year 2000, a visit by North Korea’s foreign minister to a cemetery in Bac Giang, Vietnam confirmed a long-rumored fact: dozens of North Korean pilots had dueled American Navy and Air Force pilots over the skies of Vietnam during the 1960s. And fourteen North Korean Air Force did not return alive.

Since these early vague reports, historians have uncovered much more about the activities of Pyongyang’s fighter pilots, revealing they made a substantial contribution to North Vietnam’s underdog air war against U.S. warplanes in 1967 and 1968.

The North Korean and North Vietnamese communists had long-standing ties, and North Koreans undoubtedly sympathized with the latter’s objective of forcibly reunifying with their southern neighbors.

More practically from Korea’s standpoint, the war in Vietnam drained U.S. and South Korean troops and political capital in equal measure, allowing North Korea to wage a campaign quixotically aimed at instigating a revolution in South Korea with minimal pushback from Washington, culminating in 1968 with the attempted assassination of South Korea’s president and the seizure of U.S. spy ship Pueblo in international waters.

“The North Korean air force personnel would be called “specialists” but in reality they would be volunteer soldiers… With regard to command arrangements, we would be their superiors, but within the allied [North Korean] regiment they would directly command their own forces with the assistance of representatives from our side, who would give them their specific operational missions.”

In short order a North Korean detachment designated Doan Z (Force Z) arrived in North Vietnam, where they were furnished with two companies of 10 MiG-17 fighters each based Kep airbase, operating beside North Vietnam’s 923rd Fighter Regiment.  A third company of supersonic MiG-21 jets later deployed to Phuc Yen alongside North Vietnam’s 921st Fighter Regiment. Vietnamese sources variously describe the detachment as including 200 personnel including 86 pilots, or 384 personnel including 96 pilots at its peak.

"The pilots were their best ones whose parents or relatives were working for the Politburo of the North Korean Central Party Committee. They sent their pilots and commanders to Vietnam and we provided the hardware they required during their service."

The MiG-21s, by contrast, could fly up to twice the speed of sound, had short-range radar, and was armed with guided missiles. 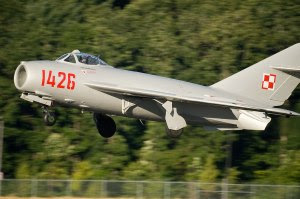 The trained fighter pilots themselves were a highly valuable resource.  Historian and retired U.S. Army colonel Jiyul Kim wrote in a detailed study that the pilots amounted to “50% increase in North Vietnamese fighter strength.  Until 1974, North Vietnam suffered a shortage of pilots due to the difficulty and length of training required.  The need for pilots in 1967 was particularly acute.” 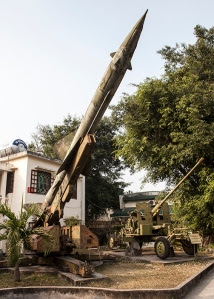 For example, Kep airfield was repeatedly hit by U.S. raids and two North Korean technicians were killed during the war.  Furthermore, when Navy A-4C Skyhawk attack jets hit Kep on May 1, 1967 they bounced Korean MiG-17s attempting to take off.  Aviator Theodor Schwartz downed a MiG using an unguided Zuni air-to-ground rocket, while another fell victim to an F-8 Crusader’s Sidewinder missile.  North Korean pilots Ri Ch’ang-il and Pak Tong-jun are both recorded KIA on that date. 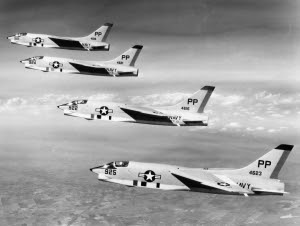 Korean MiG-21s faired slightly better.  On December 16, a Korean MiG-21 shot down an F-4D close Kep, and its crew was captured.  Earlier, another MiG-21 pilot claimed to kill the A-4 Skyhawk of James Mehl on May 30, though U.S. sources attribute the loss to a surface-to-air missile. 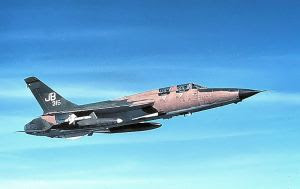 Kim describes another swirling air battle that occurred on February 12:

Korean MiG-21s scrambled from Phúc Yên Air Base to intercept a flight of F-4 Phantoms. The Phantoms were heading toward Tien Yen and Dinh Lap. The North Korean wingman, Kim Ki-hwan, reported that he saw two groups of F-4s totaling seven aircraft below him. Kim attacked and shot down one enemy aircraft, but his victory was not confirmed by U.S. sources. As he attempted to break off after the attack, he was attacked by a group of three F-4s on a MiGCAP mission. They fired two [radar-guided] AIM-7 Sparrow missiles that put Kim’s MiG-21 in a violent, unrecoverable spin. Kim ejected, but died. 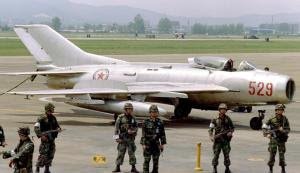 The last action detailed by Kim involves an F-4D kill over Son Dong on February 23 shared by a Vietnamese and Korean pilot using missiles.

Vietnamese pilot Dinh said of the Koreans: “They kept everything secret, so we didn't know their loss ratio, but the North Korean pilots claimed 26 American aircraft destroyed.  Although they fought very bravely in the aerial battles, they were generally too slow and too mechanical in their reactions when engaged, which is why so many of them were shot down by the Americans. They never followed flight instructions and regulations either. “ 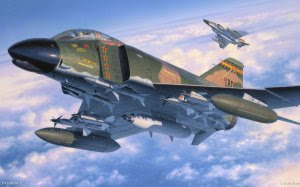 Toperczer’s research, however, found only 4 confirmed and 3 unconfirmed kills by North Vietnamese pilots.

Pres. Johnson first curtailed the scope of Rolling Thunder in March 1968, then called off the operation in 1968 to facilitate peace negotiations.

Those negotiations, however, were perceived unfavorably by Kim Il-Sung, who wanted the Vietnam conflict to divert U.S. and South Korean forces away from the Korean peninsula.  Meanwhile, the Vietnamese grew annoyed with Pyongyang’s grandstanding.

The North Korean fliers were withdrawn in 1969—though some would see combat overseas in Egypt during the 1973 Yom Kippur War.

Pyongyang still sees in Vietnam a model for its own aspirations to reunify the Korean peninsula.  However, relations between the former allies have remained cool, particularly since Pyongyang failed to pay for a Vietnamese rice shipment in 1996. Today, South Korea—not North Korea—is one of Vietnam’s top economic partners.