Even More goings on at Casa De Garabaldi

I being a good Dad woke my kid up and drug him up to Hapeville to the Original Chickfila Dwarf house.  They are closing the location to do a "Scrape and Rebuild"  Basically tearing it totally down and making it 4 times larger.  Well I had called and made reservations and got there and they gave us a menu....I wanted to go there because I used to go there all the time when I was at Ford Motor Company at Atlanta Assembly Plant (AAP), Was one of my good memories.  We gave Truett Cathy our Last Taurus to roll off the assembly lines. 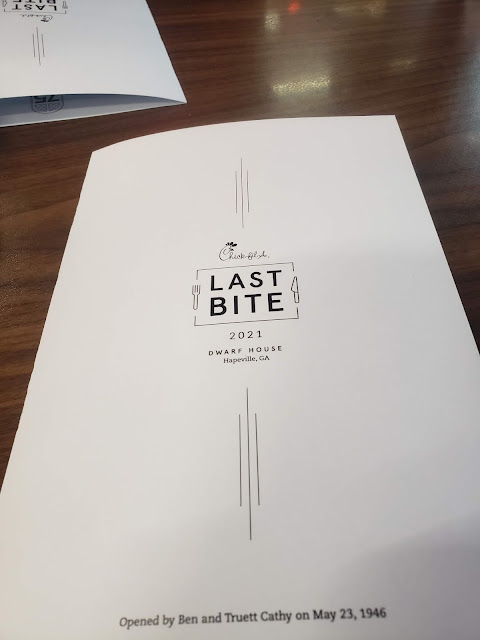 I got them subsequently signed by the Manager who is a friend of mine, we went through Woodbadge together.    I found out that this was literally "The Last Day".   Dang, I timed it right. 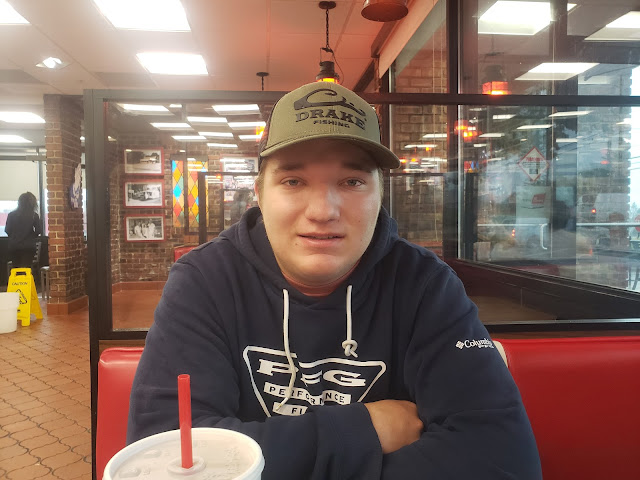 My Son looked totally excited to be there, he wasn't awake yet.  teenagers unless they get 20 hours of sleep a day, are incapable of functioning properly, LOL.  Truth be told, he goes to school, maintains an A&B average and is a kitchen supervisor at a restaurant that is a subsidiary of Chick-fil-a, and works 40+ hours a week, and is set to graduate high school in less than a month, then he is off to college for a technical degree.  Not bad for an 18 year old. 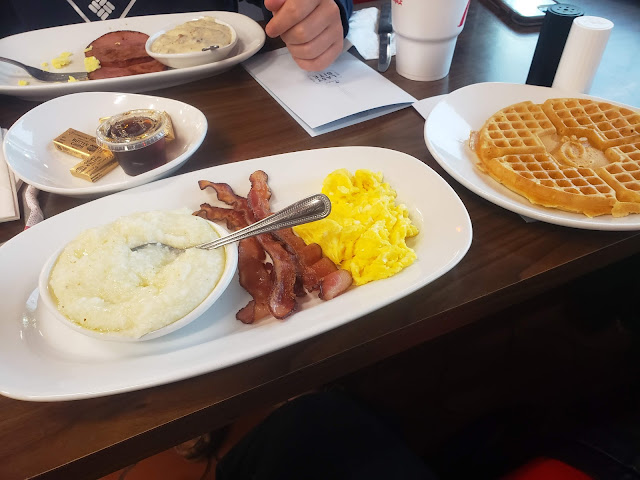 Our food, was very good and the grits were the way I like it, thick!  I had to take the waffle home with me, I was too full to eat it. 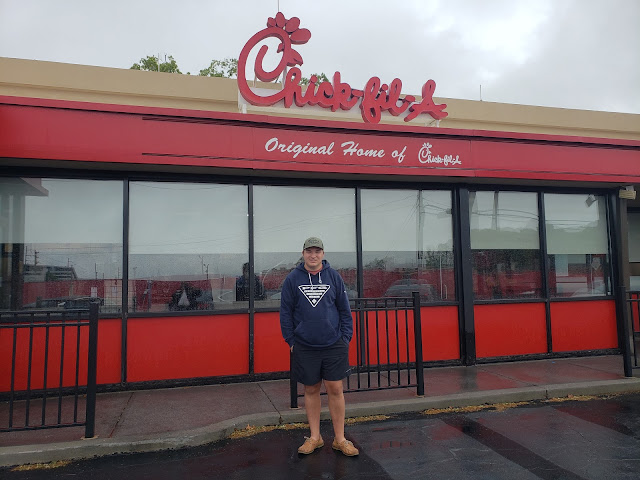 I got a pic of him outside the restaurant right before we left, in between the rainstorms blanketing the area. 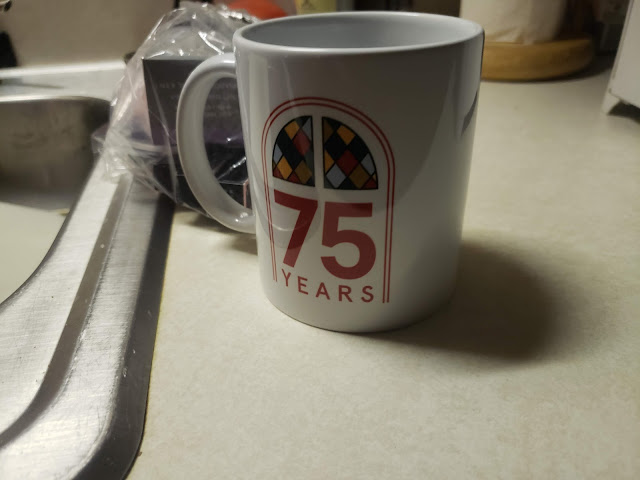 We even got a couple of mugs 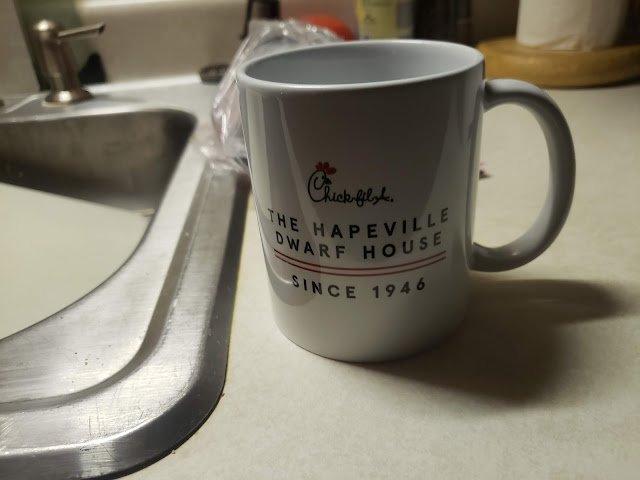 I am looking forward to them opening up in December.  According to my friend, the new capacity will be 260 people.