I got my old laptop up and running, I don't know what happened to my other laptop.  The old laptop is very clunky and s....l...o...w.  There is a lot of crap on it. I should count my blessings that I got my old laptop to work.  I am looking at a new one on Amazon, and will probably order one next week.

I Shamelessly cribbed this from SSG again, The next Generation Think Tank. 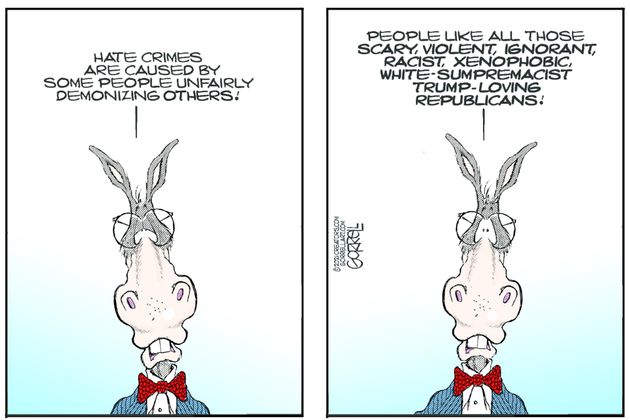 There is no common ground between the Left and Right now in America. The best we can hope for is an armed political truce that comes about from this realization. There is much wailing and gnashing of teeth about the refusal of Republicans to join in the “Bipartisan Jan 6th Commission” and the inability to work together.

The true purpose of the commission is to turn the 3 hour riot at the Capitol into an ongoing political tool the Democrats can use to criminalize conservatism. By signing on to participate as minority members with no rights to set the agenda, Republicans would simply legitimize it and participate in their own destruction. The correct answer to this and every other call for bipartisanship right now is, Hell No!

I wrote the book Winning the Second Civil War: Without Firing a Shot precisely because this situation is dangerously close to erupting in open conflict. It’s fair to call the year long Black Lives Matter/Antifa riots of last year the opening shots in that. It’s also fair to call that an insurrection and domestic terrorism. As I wrote in the book.

it to achieve its political goals. The ongoing and consistent appearance

populace. That creates concern over repercussions by the governments

where they operate and often causes them to agree to BLM demands.

These are hallmarks of Domestic Terrorism. BLM should be thoroughly

a local overthrow of government in Seattle. They are almost certainly a

domestic terrorist organization and charged with insurrection and sedition.

BLM especially has learned their tactics are effective and they have gotten many policies changed and raised massive amounts of money. You could fairly liken it to the Danegeld paid to Vikings by weaker countries in order to stop their raids.

But the violence and lawlessness also destroys business and the safety and security of many citizens who are not willing to put up with it. The same goes for Antifa’s violent attacks. Either we stop these, or there could be a response from groups on the Right. And the worst-case scenario is these groups begin to engage in head to head conflict.

Avoiding that should be the one piece of common ground we can agree on. But getting there is not something the Left is going to like. Because it means we on the political Right must treat them as enemies.

Fortunately, we have many Constitutional and political tools left and for now at least a 5-4 majority on the Supreme Court. But we must get in the fight. They’ve been at this fundamental transformation of America for generations and they’re winning. But that’s because we were busy working, raising families and assuming our institutions would keep us safe from Socialists.

That is no longer true and they are coming for all of us. It’s no longer safe on the sidelines. If we are to prevail against the Woke Mob, we need all of you in the shield wall locking arms to hold them back. Then we must burst forth in a counterattack using every non-violent weapon in our arsenal.

The book is a recounting of how we got to this point and a plan to fight our way to an acceptable cease fire. It is similar to when we and the Soviet Union were vying for control. We both had massive nuclear arsenals, but we were restrained by the concept of Mutually-Assured Destruction (MAD). Both sides knew if we went nuclear, everyone lost.

We are at a comparable point with the Left. We can both start violence, but everyone loses if that happens. So, we need a Détente like we had with the Soviets, an armed truce that negotiates out of respect for the capabilities of the other to do damage. But right now they don’t fear the Right and think they can actually push us out of the public square.

They can’t, but we need to convince them of that. Which means like the old Uncle Sam recruiting posters, I Want You! To get in the fight. Go to school board meetings and say no to racist curriculum, go to city council meetings and refuse to bow down to their woke policies. Run for seats on those and other offices. Recruit more people to come with you.

Trump made the Left so mad they ripped the masks off and said “Hell yeah we hate this racist, White Supremacist, Homophobic, Sexist country and we hate you too.” Normal people have seen their true colors and they are rightly repulsed. The time is ripe for us to swell our ranks with people who still believe in liberty, security and prosperity.

We’re not about to lose to a bunch of arugula-chomping, soy latte-sipping, Leftists. Let’s Join and Win!

Jim served in US Army Special Forces and conducted Counter-Terrorism, Counter-Insurgency as well as Diplomatic, Intelligence and Humanitarian operations in more than a dozen countries. He is the author of Cut Down the Black Flag – A Plan to Defeat the Islamic State, and has appeared on Fox News, CNN, MSNBC, ABC, BBC, Al Jazeera, Deutsche Welle, C-Span, and numerous national radio shows
Posted by MrGarabaldi at 5:00 AM

Email ThisBlogThis!Share to TwitterShare to FacebookShare to Pinterest
Labels: SSG