80 years ago, The attack that propelled us into the World stage and made us into a World Power when the War was over. 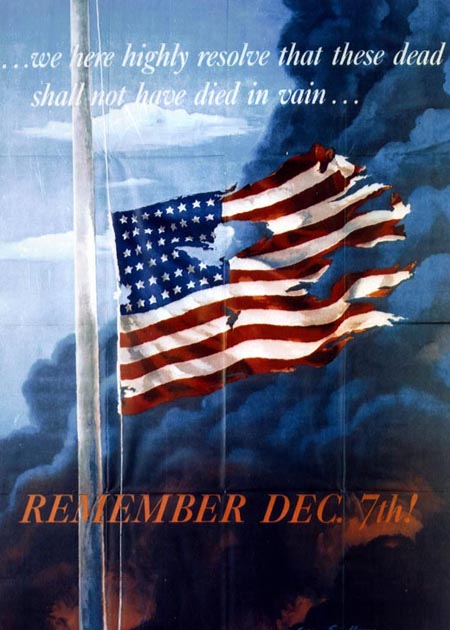 At 0755 a bomb exploded on the seaplane ramp at Ford island, this signified the start of the Japanese attack on Pearl Harbor.  When it was done, the American Pacific fleet was crippled, and 0ver 3000 Americans were dead.  The sinking of the fleet at Pearl Harbor galvanized the Americans, and since it was a sneak attack it was considered "dishonorable and underhanded".  This infuriated the Americans sense of fair play.  The Japanese had planned on attacking right after the ultimatum was delivered, but the secrecy that the Japanese demanded forced the Ambassador himself to decode it slowing the response down so they delivered the message to Secretary Hull after the attack has started.  The attack gave the Japanese several things...It was a tactical victory, it allowed them to move against the Philippines and the Dutch East Indies with the rubber and oil that the Japanese war machine needed to build the stuff that a modern nation needs to wage war. The Japanese Admiral Yamamoto who lead the attack on Pearl Harbor had studied the Americans at length while he was a naval attache and he told the General Staff who was pushing for the war "I will be able to give you 6 months, after that I cannot guarantee victory.   And true to events, the Japanese raised hell for 6 months until the Americans smashed 4 of the Japanese fleet carriers at Midway, a blow that the Japanese Naval aviation never recovered from.  The attack also forced the Americans to utilize the carriers to do any offensive work against the Japanese.   Also the Japanese didn't launch the 3rd strike against Pearl Harbor, the drydocks and the fuel farms were still intact.  The victory was a Pyrrhic victory because it ended on August 6 and August 9 of 1945 4 years later when the Japanese cities were the site of the Atom bomb and a small part of the logic of the bomb drop was to pay Japan back for the sneak attack. 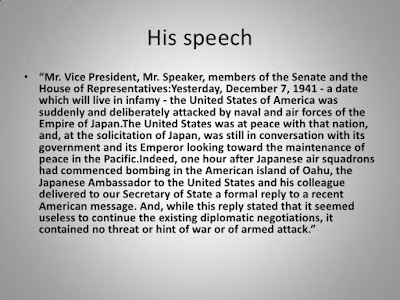 The attack on Pearl harbor was a huge shock to the Americans, for the fleet and the Army air corp to be so woefully unprepared for battle left a mark on the American psyche.  Never again would we be so defenseless.  Also the end results was that out of all the ships sunk and damaged at Pearl Harbor, all but 3 were repaired and returned to service.
Posted by MrGarabaldi at 12:00 AM