A couple things going on at Casa De Garabaldi 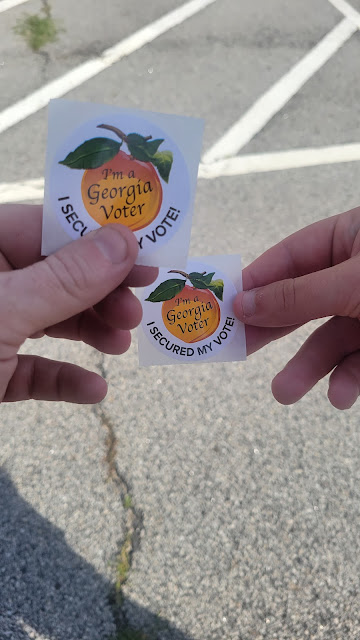 First off, My son voted for the first time.  I was proud of him for taking part of a vital part of his duty as citizen of the Republic.  Unlike many of his generation, he has taken time to research the candidates and don't "Vote Emotions". I am proud.  Well we voted and I went back to sleep, Remember I am a nightstalker again. 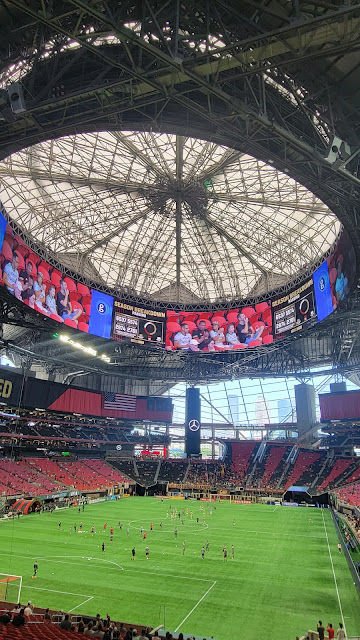 For Fathers Day, my son took me to the Benz stadium to watch Atlanta United play what Mack calls "Commie Ball" 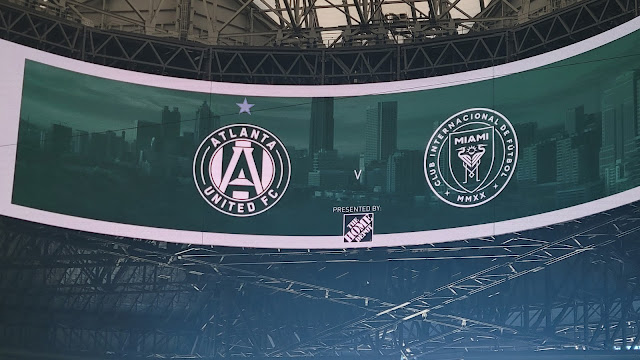 We were  playing Miami F.C.  It was a good game and we did win 2-0.  Had to get up a bit early and he drove his Focus and mine stayed home.   I enjoyed spending time with my son, and I am glad that he still wants to spend time with me and that I am still considered "Kinda Cool"   for a old guy, LOL

And Speaking of Focuses... 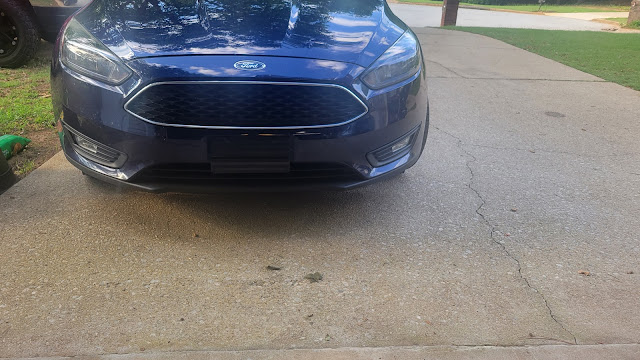 I finally put a plate of some kind on my Focus.  I found a "Subdued" American Flag and it seemed perfect. 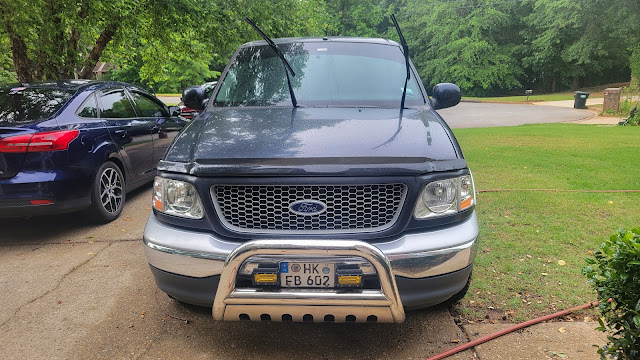 And I got my F150 back, "My Precious" was in the shop getting the entire brake system rebuilt, I work on millions of  dollars worth of aircraft, but I will not "do" my own brakes......Strange I know.  As Clint Eastwood said in Dirty Harry "A Mans Gotta Know His Limitations", and mine are brakes.  I don't do them...especially when they replaced, pads, rotors, ABS Module, Drums, Hoses, Pads..about $1700 worth of work.  I knew it was going to be expensive, but it was more than I expected.....Thank goodness for $$Overtime$$ so I didn't have to dip into savings. 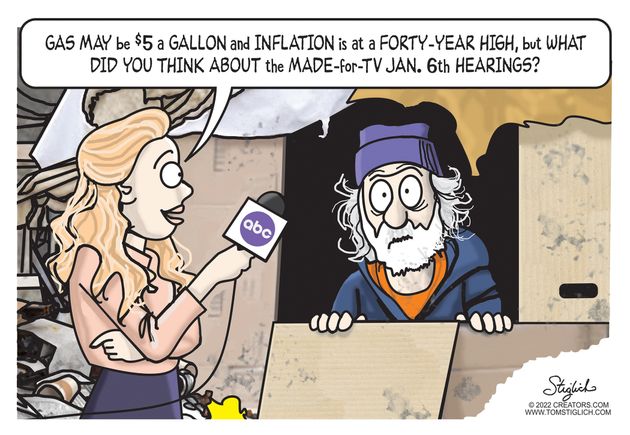 it seems like the only people that cares about the JAN 6th hearings that have been televised are the hardcore Donks and the media, nobody else gives a crap.  We outside the beltway are trying to make do with our savings shrinking, our 401K being slaughtered, our gas going up and our dollars buying less than before and the donks roll out this "Dog and Pony Show" and nobody cares....we are trying to survive the most damaging presidency in over a 100 years, even Barky the Lightbringer wasn't this bad this fast. and Xiden has beat Jimmy "The Djimmi" Carter as the crappiest president in modern American History. The Xiden Presidency is the "Peter Principle" writ large, Sure President Trump was loud and boisterous and can be an ass, but he picked people who were competent, Xiden picked people based on ideology and how many boxes they check off for special interest groups. We are paying for their lack of vision, and I can't help but wonder if this by design to pay us "plebes" back for voting for Trump in the first place instead of voting for the *PIAP, it was her turn you know. 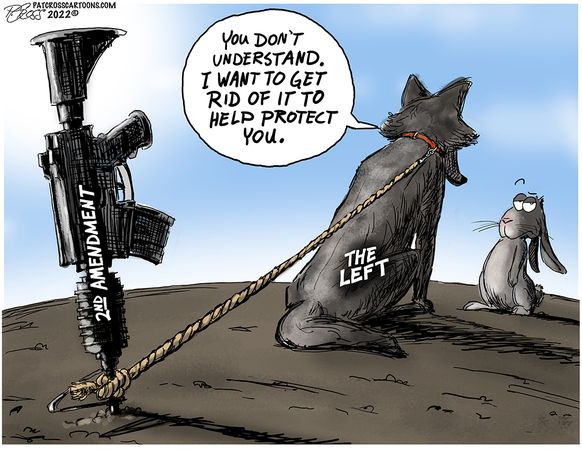 And finally, the Left is running a bunch of bill through congress trying to get a bunch of gun control stuff through before they get their asses handed to them in the midterms.This is the endgame, if they can get rid of the 2nd amendment, can you imagine what they can do to us.  They treat us like crap now, now imagine what they would do to us if we were not armed.....Just a thought.

*Pig in a Pantsuit, My name for Hillary Clinton

Posted by MrGarabaldi at 6:01 AM