AERO designed launched to save fuel for Narrow Body Planes

Sorry about missing a post, I am now on night shift and it is a transition for me.  I know how to handle it, and it was almost a reunion from the comments like "Hey Welcome back to the Darkside" since I am a night-rider again, LOL.   I snagged this off the reports I get off my emails and I thought it was pretty neat.

This is important to my employer, Fuel cost is the single biggest cost an airline has to deal with and if the cost savings of a mod can quickly translate into fuel savings, airlines will do it.  Especially due to the feckless policies of this administration, the fuel cost will not be going down any time and the airlines can't keep raising ticket prices to offset fuel cost because eventually the flying public will not fly because there is a pain threshold that will be met.  Sure there are business travelers that will pay the cost, but they can't pay"All the freight" as they say.

As airlines face their highest jet fuel prices in two decades, a Texas-based aerospace engineering startup has unveiled an extensive drag-reduction package for the Boeing 737 Next Generation family for entry into service this year.

Aero Design Labs (ADL) has been quietly developing the aerodynamic drag-reduction system (ADRS-1) kit since the company was formed in 2017 by business and aviation entrepreneur Lee Sanders. Now, with a newly awarded FAA supplemental type certificate (STC) in hand, ADL is emerging from stealth mode to provide initial kits for the 737-700 in the coming months and is targeting clearance for the upgrade on the 737-800/-900 by year-end.

“Our next steps are to build out the customer base for the 737-700 and the introduction of the 737-800 and 737-900 kits,” says Jeff Martin, ADL president and CEO. “Our first customer on the 737-700 is WestJet, who partnered with us and was instrumental in the testing and the proving of our STC. They stood by our side during flight test and shared our conviction toward carbon reduction further supporting our industry’s [environment, social and governance] goals.”

In addition to Calgary, Canada-based WestJet, which will require Transport Canada’s approval based on the FAA STC before entry into service, other major 737 Next Generation (737NG) family operators such as Delta Air Lines are set to adopt the upgrade, Martin says. “Each kit will provide a different benefit based on the carrier’s fleet composition and how they fly the aircraft,” he adds. “Based on our computational fluid dynamics results, we are targeting a 1.5% carbon reduction with the 737-700, and we expect additional gains on the 737-800 and 737-900.”

The reprofiled wing-to-body fairing of the ADL package improved airflow over the aft fuselage.

Based on an average of $3 a gallon, this reduced drag equates to around $12,000 per month in fuel cost savings and “over 40 tons of CO2 reduction per aircraft per month,” Martin says. “So that puts them right in line with the Corsia and 2050 carbon neutrality targets that many of the airlines are adopting,” he adds, referring to the International Civil Aviation Organization’s Carbon Offsetting and Reduction Scheme for International Aviation (Corsia).

The fuel burn benefits are expected to improve with the larger 737-800 and 737-900 models because of the longer stage length usually flown by these versions as well as the “design of the ADL kits and the length of the fuselage and how that ties into the airflow,” Martin says.

Designed by a team led by ADL’s chief technology officer and airframe drag-reduction specialist Eric Ahlstrom, the modification kit was refined using proprietary computational fluid dynamic (CFD) algorithms that were tested on supercomputers in the UK and U.S. “You cannot fix what you cannot see, and we’ve figured out ways to take the granularity of the output of the software to see airflow and air movement in ways we think no other CFD on the planet has been able to do,” says Sanders, whose ADL concept builds on more than a decade of earlier aerodynamic efficiency studies on commercial airliners.

“Our proprietary software has embedded artificial intelligence that will significantly shorten future run times,” he adds. “What used to take us literally five months to develop a product we can now get done in a matter of a few weeks.”

The ADRS-1 kit consists of a revised wing-to-body aft fairing, modified flap track fairing tips, updated wheel-well fairings, revised aerodynamics around the environmental control system (ECS) pack ram air exit duct and several strategically placed vortex generators. The modifications are particularly tailored to address areas of interference and parasitic drag around the fuselage that have never previously been tackled or only partially treated over the life of the aircraft.

Made predominantly from composite structure, the kit weighs 180 lb. but results in a net gain of only 110 lb. after replacement of the original structure. ADL says future weight reductions are being studied but adds that the current material set is designed to “far exceed FAA standards and airline rigor.” The kit is expected to require around 150 work-hours to install. “We feel that the kit is minimally impactful from an out-of-service time perspective,” Martin says.

To industrialize the kit and meet a demand curve that ADL expects will rival that of the 737 winglet retrofit programs, the company has brought together a team of manufacturing and distribution heavyweights. Tulsa, Oklahoma-based Nordam will produce the bulk of production kits and be supplemented by LA Composite, a Czech manufacturer that made the initial parts for the flight-test program with WestJet. Distribution will be handled by another strategic partner, Illinois-based aviation services company AAR.

“As our production partner, from a quality and quantity standpoint, we are well placed with Nordam,” Martin says. “We know that they can match any demands that we think of from the commercial team or from a sales standpoint.”

Nordam, which is ramping up to produce 92 kits per month initially, “is pleased to be part of [a program] that drives greener aviation through potential carbon emission reductions,” says Meredith Madden, Nordam CEO.

Martin adds that working with “AAR ensures that we’ll have timely distribution and support for our service for our airline partners.” 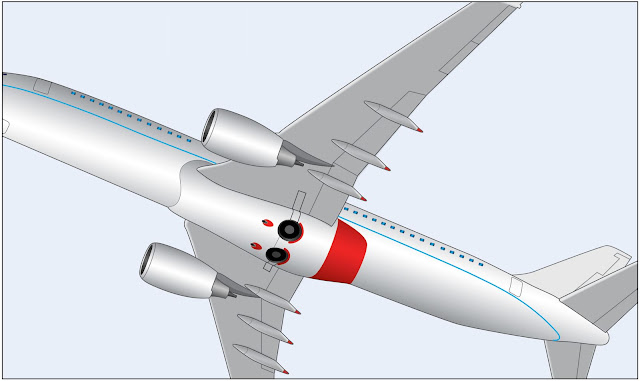 AAR President and CEO John Holmes says the company “looks forward to working closely with ADL and the airline community to help advance this offering in the marketplace.”

ADL is optimistic about placing the ADRS-1 kit with a large percentage of the 737NG in-service fleet, which currently includes more than 5,200 aircraft, according to the Aviation Week Network’s Commercial Aviation Fleet Discovery database. Not including some subvariants, 923 of these are 737-700s, 3,665 are baseline 737-800s, and the 737-900/-900ER model accounts for almost 460 more.

Looking further ahead, the company is also seeing additional projects. “There’s a lot of opportunity to reduce drag across all airframes, and we’ve proven that we can solve it for the 737 Next Generation series,” Martin says. “And we’ll demonstrate that and move that across other fleet types.”

Having provided an aircraft and flight-test and engineering support for the ADL project, WestJet is primed to become one of the first operators of the drag-reduction system. However, Scott Wilson, WestJet vice president of operations, says: “We need the FAA STC to be familiarized by aircraft certification [with] Transport Canada, so we’re just starting that work now. We don’t know what that time frame looks like, but we hope it won’t be too long. We’re anxious to get the aircraft flying and to validate the fuel savings.”

The airline, which operates 48 737-700s on a wide range of routes including long-haul transatlantic flights, will fly the first modified aircraft between 60 and 90 days to validate the “actual fuel savings in the WestJet environment,” Wilson adds.

Delta will be a lead partner in certifying the modification for the larger 737NG members, says Mahendra Nair, senior vice president of Delta Fleet and TechOps Supply Chain. “Delta intends to partner with ADL to assist with developing a 737-900ER STC to embody a game-changing drag reduction kit to reduce fuel burn supporting both Delta’s fuel cost reduction and sustainability goals.

“Depending on the success of the testing program, we expect to roll out the kit on our 737NG fleet over the next few years,” Nair adds. “In addition to 77 737-800s, Delta currently operates 130 737-900ER aircraft, and we are in the process of adding an additional 29 gently used aircraft to the fleet. Jet fuel is the No. 1 contributor to Delta’s carbon footprint and the chief focus of our efforts to reduce our emissions and manage our environmental impact.”

Posted by MrGarabaldi at 9:21 AM

Email ThisBlogThis!Share to TwitterShare to FacebookShare to Pinterest
Labels: Airplanes, B737