First off, for those that don't know, I am a chemtrail Technician at a major carrier, I will not mention which one, I kinda like the anonymity if y'all know what I mean, I kinda like my job and don't want to get fired.   Well there have been flight cancellations.. 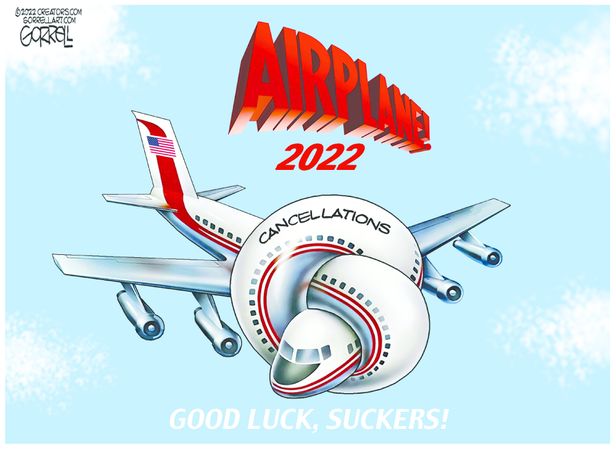 We have been working a lot of overtime to keep our airplanes in the air, if a plane is grounded for maintenance reasons, it is because there is something unsafe either with the plane, or something with the passenger emergency equipment.  There are a few hard and fast things that will ground a plane, we take our job seriously to give the carrier and the flying public as safe a plane as we can make it.  That being said, there have been a lot of cancellations, some have been to maintenance, but a lot of them have been to staffing shortages, from the pilots on down.  To get a pilots or as we call them "The Skyking" rating in a first world airline and nation is not easy, and it isn't supposed to be, the responsibility that a pilot has is daunting.  That being said, a lot of older pilots did take a "Package" during covid and retired, that took a lot of experience out of the system.  This effect also went for others like Ground Support and Maintenance, we lost a lot of experience that retired and walked out of the doors.  There was already a looming shortfall before Covid hit, statistically speaking where I work at, 1 out of 3 maintenance personnel were eligible to retire in the next five years, and we know this was coming so we had already been working with the various tech schools in the area to replace people.  But it takes an average of 5 years to get someone spooled up to our processes and how we do things and commercial aviation is a lot different than General Aviation, which the schools focus more on.  It also didn't help that certain airlines fired their personnel that refused to get the Vaxx due to the "Vaxx Mandates".  And the .gov fired employees that refused to get the Vaxx, I was talking to one of the TSA guys that I talk to when I do my Honor Guard missions and he had told me that 40% of the TSA refused to get the VAXX and they were slated for termination after Thanksgiving, but were giving a  temporary reprieve through the holidays but after the holidays, they were canned, and that was done throughout the civil service.   That being said a lot of the airlines are saying that "FAA Staffing Shortages at Key Hubs" are causing ripple effects through the system.  With us, our load factors are running exceedingly high, and if we have any disruptions, it causes problems.

The Supreme Court made a couple of landmark rulings late last week and the repercussions are still falling. 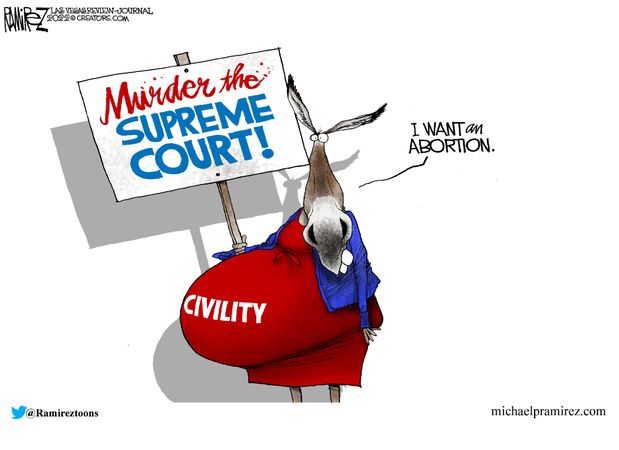 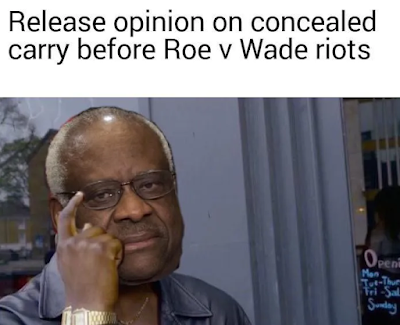 First off the SCOTUS released a major ruling that basically destroyed the "May Issue" that certain leftie states were using to keep people from getting a CCW permit.  The "May Issue" basically said that you had to justify your need to carry a pistol outside the home to a government official, and for some reason, only the well connected, the politicians, Donk Donors, entertainers, and so forth were able to get a permit after a "donation" to a democratic politicians PAC. The regular Joe six pack, the tradesman, the small business owner, the single parent...well they were screwed.  This was a two tiered justice process, one for the connected...another for the rest of us.  This has the huge potential of eclipsing Heller as a major win for the 2nd amendment. Well the democrats are a bit miffed about that..... 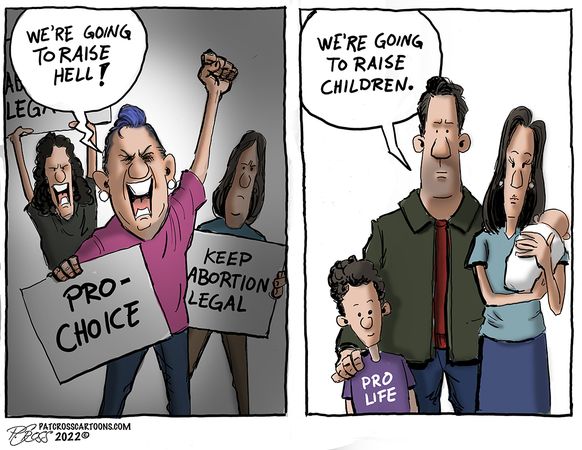 Until Roe vs Wade was overturned......then it was the apocalypse...for the left.  Remember Roe Vs Wade is the center of their being, the zeitgeist of being a modern leftist.  I personally viewed it as a persons choice, we are endowed by our creator to choose, the only creatures on this planet with that ability.  As long as it ain't my DNA or my money, their business.  Personally, I wouldn't "do an abortion" or support it.  But it is a persons choice to do so.  What lost the "Normies" was when the left took the original and kept pushing past the first trimester into the 3rd trimester, and this horrified the "Normies" who couldn't understand the fascination with the left with killing kids.  And what it is that they use it as a form of birth control. "Hey instead of a condom or a pill, lets scrape the cells", that was the attitude and they kept pushing.

We not only went from "Abortion should be safe and rare!", from Clinton yet, to "Abortion at any time for any reason at any stage of pregnancy!" Plus the "Anyone who doesn't agree hates women. If they're women, they're either slaves of the patriarchy-" etc., and you'd think the leftists would at least understand just how badly being called those various things was going to piss off women on the other side.
We have the other side screaming racial slurs at Clarence Thomas, having riots, throwing temper tantrums, and basically being obnoxious  and the best part is that the voters can see the people wanting abortions in all their glory being assholes and dicks , yep voters love them self entitled white liberal women talking out of their asses. gonna score a lot of points and sway a lot of opinions. 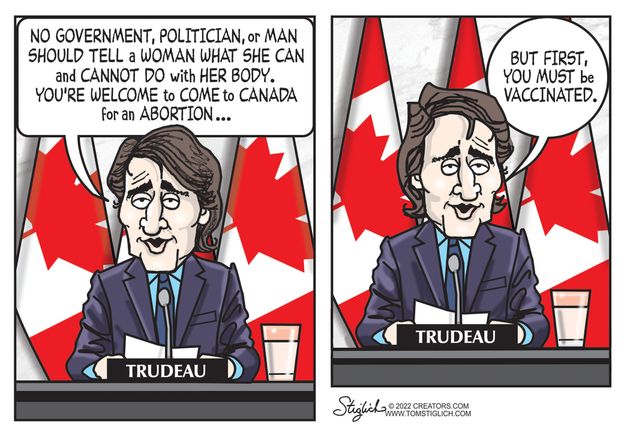 And we have the  dictator er Premier of Canada offer Abortions to all who cross the border....Wow how forward thinking...of him....Honoring a women's right to choose what happens to her body.....except she has to be vaxxed.....Say what?    the inconsistency is amusing if it wasn't so sad and tone deaf.

Here is a Tiktok video that explains the "Normies" position pretty well.

Now the Left is all enraged, they are having "Mostly Peaceful Protest", but in blue cities...they want to try that crap in "Flyover country",  but  the police, city council and DA aren't friendly to that kind of action. 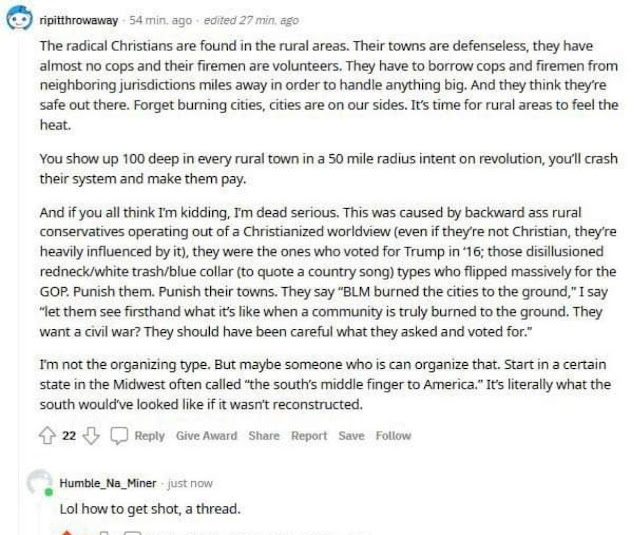 This is what they believe in their blue enclaves when they talk amongst themselves.  they view us with disdain.  This was my response to that thread...

It seems kinda foolish there ...sport....you do realize that those rural people have a lot of guns and a DA that isn't friendly towards your cause like that big city where you came from....the outcome might be a bit different than you imagined.....just food for thought

Email ThisBlogThis!Share to TwitterShare to FacebookShare to Pinterest
Labels: pithy thoughts and musings.