The anniversary of the U.S. Highway system 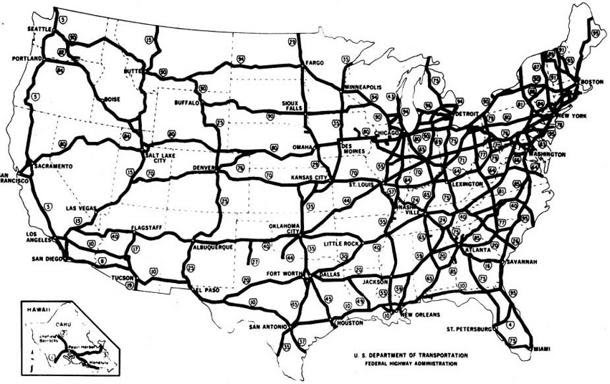 As a As a young Army officer in 1919, Dwight Eisenhower took part in a U.S. Army convoy from Washington to San Francisco that took 62 days to travel the country -- averaging 6 mph. During World War II, he saw how quickly the German army could move thanks to the autobahn. Those two recollections help power President Eisenhower's support for the bill that passed Congress on this day in 1956 creating the U.S. interstate highway system. At a cost of $129 billion and covering 46,876 miles, the system ranks as the largest public-works project ever devised by humanity, and one that made America what it is today, for better and worse. Something to remember when you're stuck on one in a single file row moving 6 mph between orange barrels this summer.
Posted by MrGarabaldi at 11:12 AM