I have read and studied the "Hatfield and the McCoy's for years..it has become a part of Americana..the idea of an old-school feud is not a normal part of the American experience.  In other places the feuds will last generations and the later generations will keep fighting even though the real reason is lost in the mist of history.   This is prevelant in most what is considered "primitive" society, the blood feud.

I saw this on Yahoo while surfing around.

Y! Big Story: The real story behind the Hatfields and the McCoys 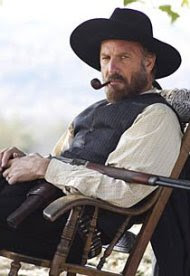 Kevin Costner as Devil Anse Hatfield
The History Channel made its own history with "Hatfields & McCoys." The miniseries drew the biggest audience ever for a nonsports event—twice.
More than a century later, the storied feud is as much about American mythology as it is a tale of Appalachian blood vengeance. The saga came on the heels of the divisive Civil War, which killed more Americans than any other military engagement and led West Virginia to secede from Confederate Virginia. The hostilities were never just one incident, but escalating grievances that included pig theft, turf arguments, broken romances and murder.
And sometimes, Americans just like to take sides in a feud.
(Related: Inside History Channel's epic miniseries, "Hatfield & McCoys")
The real McCoy—spoiler alert: How real was the miniseries? Liberties, as they say, were taken:

Historians and educators were also brought in to vet the story, according to the show's producers, though writers "took such traditional liberties as compressing characters and the timing of events." (May 29, Christian Science Monitor)

Then again, the real story will probably never be known: Among other things, talking about oneself wasn't as popular back then as it is now. The Hatfields, headed by timber merchant William Anderson (aka Devil Anse), and the McCoys, whose patriarch Randolph "Old Randall" McCoy owned land and livestock, lived in Tug Valley within Kentucky and West Virginia. The two families shared kin, which made tracking who was on whose side difficult.

A rough timeline of the blood feud, according to the History Channel, Biography and other sources:
American law and the Supreme Court: The acrimony wasn't as lawless as contemporary accounts made it out to be: The clans also battled in court, be it over theft or murder—although they were inclined to disagree with the verdicts with gunfire. Lawyer Cline, a distant cousin to Randolph McCoy, had lost 5,000 acres to his neighbor Devil Anse in court battles over the years. Plans to build a railroad now made that lost Tug Valley property even more valuable, so Cline's motives for rounding up the Hatfields have been suspected as more a financial grudge than a real penchant for justice. Litigiousness went to the highest court in the land in Mahon v. Justice (1888), when the Hatfields protested their arrest-by-posse, which dragged them across state lines into Kentucky. The case was really about state sovereignty and symbolized a battle between Kentucky and West Virginia 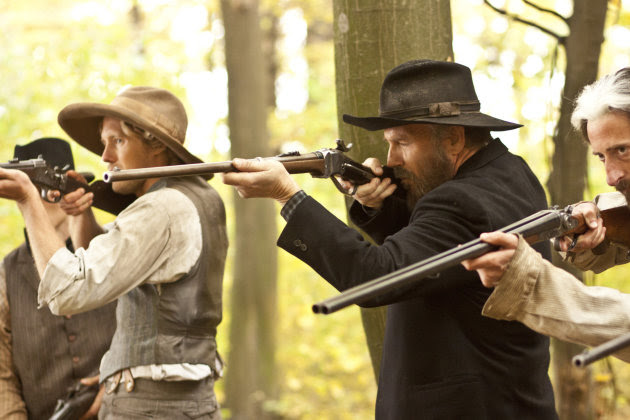 Posted by MrGarabaldi at 1:55 PM