I also have a link for the plane that is immortalized in that battle that I had posted a while back.

I am a student of history and what got me interested in history was the battle of midway,  it lasted from June the 4 1942 until June 6 1942.  I will not post any major details except when it was done, the power has shifted in the pacific war.  After Midway Japan never had a victory until the end of the war.  The biggest loss for the japanese besides 4 first line carriers was the loss to her aviation arm, the level of experience that went down when those carriers sank, they never recovered. 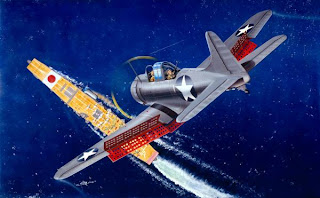 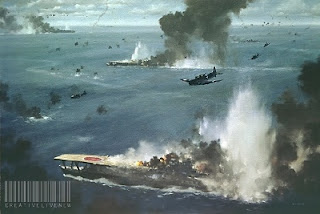 We lost the U.S.S. Yorktown and a destroyer The U.S.S. Hammond that was tied up alongside to aid in the firefighting effort when a Japanese Submarine put a torpedo into her going for the Yorktown. 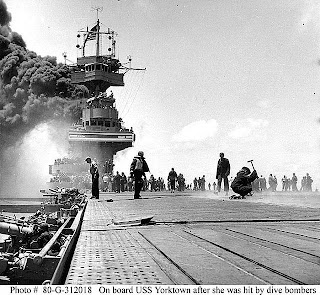 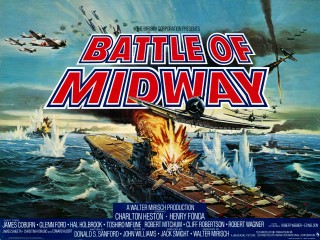 My favorite movie was of Midway with Charlton Heston, it was a good story and they used a lot of WWII movie cuts for the movie.
Posted by MrGarabaldi at 10:22 PM