I did a post on May 14th about the government union might be involved in the IRS scandal with the Union leadership pushing to help the Chicago Messiah get reelected.  Y'all can read it here.  Now I see this on American Spectator and it confirms my initial assessment that the government union went all out to help the the democrats and their obamamessiah get reelected.
This shows a serious disconnect, the government is supposed to stay out of the election process, this is what the people who formed the merit system for hiring of government employees to preclude political patronage and having peoples jobs tied to politicians.   Now we are seeing the effect of the chicago system or the Tammany Hall type system.  This doesn't bode well for the Republic with the advent of a new political machine in the works.  This will cause a major disconnect with the average American citizen who will see a government less responsive to their concerns and more beholden to political interest and actually a threat politically or financially or worse to the American way of life. 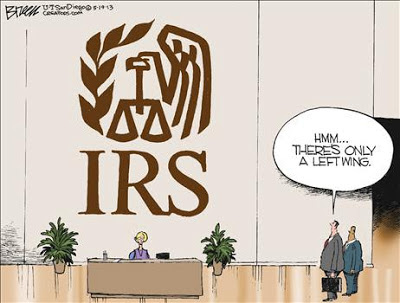 In White House language, “POTUS” stands for “President of the United States.”

The very next day after her White House meeting with the President, according to the Treasury Department’s Inspector General’s Report, IRS employees — the same employees who belong to the NTEU — set to work in earnest targeting the Tea Party and conservative groups around America. The IG report wrote it up this way:

In short: the very day after the president of the quite publicly anti-Tea Party labor union — the union for IRS employees — met with President Obama, the manager of the IRS “Determinations Unit Program agreed” to open a “Sensitive Case report on the Tea party cases.” As stated by the IG report.
The NTEU is the 150,000 member union that represents IRS employees along with 30 other separate government agencies. Kelley herself is a 14-year IRS veteran agent. The union’s PAC endorsed President Obama in both 2008 and 2012, and gave hundreds of thousands of dollars in the 2010 and 2012 election cycles to anti-Tea Party candidates."