"The Night Stalker" and other stuff

I am taking a break from all the political postings, involving Bengazi, you know where Obama lied and 4 American died.  He didn't want to be bothered since he had an important fundraiser to attend in Vegas and he needed his rest.  Then they blame some video rather than admit that Al-Queda was behind it, you know can't disturb the narrative that  Al-Queda was on the ropes and that Obama personally "got" Bin Laden.  Gotta win the re-election...may Candy Crowley rot in hell for what she did during the debate.  She sold her journalistic integrity to support the ObamaMessiah.   We also had fast and furious where the U.S. government runs guns into Mexico to support the narrative that the guns used in the drug wars came from us to support an take down of the 2nd amendment.  After it boomeranged, the gun control push died until Sandy Hook where the rat bastards Godless communist democrats danced on the blood of the innocents to push an agenda that wouldn't have prevented Sandy Hook, it is just an excuse for more control.  I'm not even touching on the U-6 unemployment rate, the over-regulations that are strangling American business and of course Obamacare...you know the law that" we had to pass to see what was in it" according to now former Democrat house speaker Pelosi. 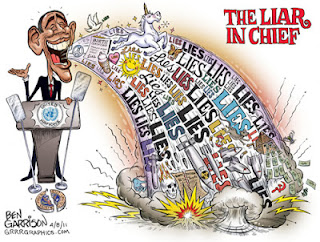 I am watching "Mission Impossible" right now and the guest cast includes Darren McGavin.  I enjoy the "old" TV shows, you know the ones that are fun to watch, and are not preachy like a lot of them are now.  The old shows actually had a viable storyline and good actors.  Well I remembered Darren McGavin from the Night Stalker movies and of course as Ralphie's dad in "A Christmas Story". 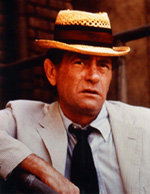 The first of his two best-known roles came in 1972, in the supernatural-themed TV movie The Night Stalker (1972). With McGavin playing a reporter who discovers the activities of a modern-day vampire on the loose in Las Vegas, the film became the highest-rated made-for-TV movie in history at that time; and when the sequel The Night Strangler (1973) also was a strong success, a subsequent television series Kolchak: The Night Stalker (1974) was made. In the series, McGavin played Carl Kolchak, an investigative reporter for the INS, a Chicago-based news service, who regularly stumbles upon the supernatural or occult basis for a seemingly mundane crime; although his involvement routinely assisted in the dispelment of the otherworldly adversary, his evidence in the case was always destroyed or seized, usually by a public official or major social figure who sought to cover up the incident. He would write his ensuing stories in a sensational, tabloid style which advised readers that the true story was being withheld from them. McGavin and the cast were enthusiastic about the series. McGavin reportedly entered into a verbal agreement with Sid Sheinberg (President of MCA and Universal TV) to produce The Night Stalker as a TV series as a coproduction between Universal and McGavin's Taurean Productions. Early promises were never fulfilled, and McGavin expressed concern over script quality and lack of network commitment toward promoting the show. His concerns appeared justified, as the series drifted into camp humor and the production values declined in later episodes.[4]
Kolchak is acknowledged[who?] as being a main inspiration forThe X-Files.[citation needed] McGavin was asked to play the role of Arthur Dales, founder of the X-Files, in three episodes: Season 5's "Travelers" and two episodes from Season 6, "Agua Mala" and "The Unnatural". Failing health forced him to withdraw from the latter, and the script (written and directed by series star David Duchovny) was rewritten to feature M. Emmet Walsh as Dales's brother, also called Arthur. 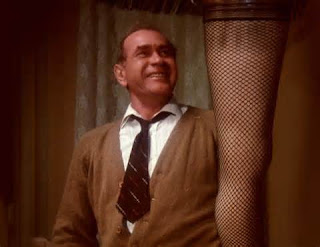 In 1983, he starred as "Old Man Parker", the narrator's father, in the movie A Christmas Story. He portrayed a middle-class father in 1940s Hohman, Indiana, who was endearing in spite of his being comically oblivious to his own use of profanity and completely unable to recognize his unfortunate taste for kitsch. Blissfully unaware of his family's embarrassment by his behavior, he took pride in his self-assessed ability to fix anything in record time, and carried on a tireless campaign against his neighbor's rampaging bloodhounds. McGavin allegedly received a fee of $2 million to play the role, making him one of the highest paid actors of the time.
Posted by MrGarabaldi at 4:21 AM