Monday Music "My Name is" by Eminem

I know a bit of Eminem from his 3rd album,  the Marshal Mathers LP. when he first burst up on the scene in mainstream.  I decided to roll with Eminem because my favorite blogbabe Momma Fargo asked me to do another writeup for Eminem.  Since I can't say no to hot pretty blondes I will do as she asked.  I figured this song would remind her of "rollin dirty in the G-ride in the hood".  As one of her favorite phrases go.  Eminem has staying power, a lot of rappers are flash in the pan but he has managed to become a powerhouse in the industry...also no mean feat and stayed relevant in an industry dominated by urban blacks.
"My Name Is" is a song by American rapper Eminem from his second studio album The Slim Shady LP (1999). The song samples Labi Siffre's 1975 track "I Got The...". The song was ranked at #26 on "VH1's 100 Greatest Songs of the 90's". "My Name Is" also was ranked #6 on Q Magazine's "1001 Best Songs Ever".  The song was placed at number 39 by Rolling Stone on their list of "100 Greatest Hip-Hop songs of all time in April 2016. The recording garnered Eminem his first Grammy Award for Best Rap Solo Performance at the 42nd Grammy Awards in 2000. 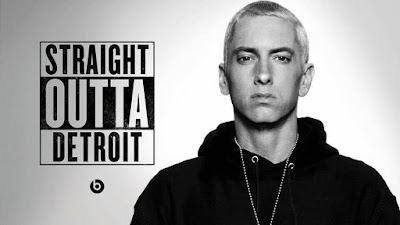 Producer Dr. Dre wanted to use a sample of Labi Siffre's "I Got The ..." for the rhythm track; as revealed in the sleeve notes of the re-mastered CD of the source album, Remember My Song. Siffre, who is openly gay, stated, "attacking two of the usual scapegoats, women and gays, is lazy writing. If you want to do battle, attack the aggressors not the victims." Eminem made lyric changes and Siffre cleared the sample. There are currently three different versions available. The "clean" and "explicit" versions are available on iTunes. There is also another version which is more explicit than the one available on iTunes, released as the B-side to "Guilty Conscience" on the CD single. The kid's voice at the beginning of the song has reverb on the explicit version on iTunes, but not on the clean version. During the time the song was released, Eminem and Insane Clown Posse were having a "rap feud". After the release of this song, Insane Clown Posse parodied this song with a song called "Slim Anus". "My Name Is" was later re-released in 2005 on Eminem's compilation album Curtain Call: The Hits. The song is mixed with Jay-Z's song "Izzo (H.O.V.A.)" and Beck's song "Loser" on the video game DJ Hero. Eminem also made a remix of it, using the most explicit version, over the top of AC/DC's "Back In Black". 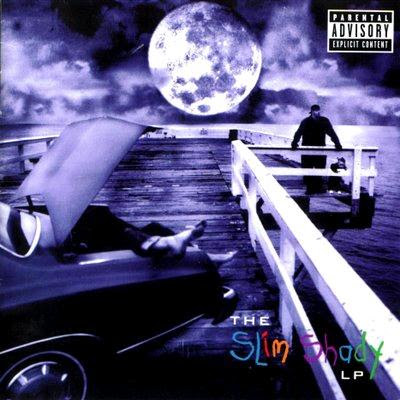 Before The Slim Shady LP was released, an uncensored version was available on the Internet. The original lyrics on the dirty version of the song were: "Extra-terrestrial, killing pedestrians / Raping lesbians while they're screaming, 'Let's just be friends!'" The version on the album was changed to "Extra-terrestrial, running over pedestrians in a spaceship / While they're screaming at me, 'Let's just be friends!'" There is also a line that was changed from "My English teacher wanted to have sex in junior high / The only problem was, my English teacher was a guy" to "My English teacher wanted to flunk me in junior high / Thanks a lot; next semester, I'll be 35." These lyrics appear on the acapella version of the song, featured on a 12" release of the song.
There are also lines that were changed in the edited version of the song. The line "Chased him with a stapler / Stapled his nuts to a stack of paper" from the album version was changed to "Chased him with a stapler / Told him to change the grade on the paper (now!)" in the edited version. The song ends with a line that was changed from "And by the way, when you see my dad / Yeah, tell him that I slit his throat in this dream I had" which was changed to "And by the way, when you see my dad / Yeah, ask if he bought a porno mag to see my ad" in the edited version. The album version opens with the line "Hi kids! Do you like violence? Wanna see me stick Nine Inch Nails through each one of my eyelids?" while the edited version replaces the word "violence" with Primus.