Some Bad News and a meme

I was going to post a story of a meme that I generated and posted on Facebook yesterday, but I will get to that in a few.

I heard earlier today that a character from my favorite SciFi series died today.  His character was the basis of my "Nomme De Guerre", that I have been using for 16 years.  I have been using the name of "MrGarabaldi" for many message boards and other things for years until I got my google account in 2008 using the same name.  I used an alter ego to provide some cover for my surfing and posting and my real life. 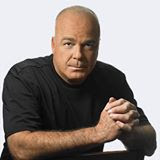 Actor and syndicated radio host Gerard "Jerry" Doyle has died in Las Vegas at age 60.
Clark County coroner John Fudenberg said Thursday that an autopsy was scheduled, and it will take several weeks and toxicology tests to determine a cause of death.
Las Vegas police were called around 4 p.m. Wednesday after Doyle was found dead at home in northwest Las Vegas. Officer Laura Meltzer says the death didn't appear suspicious.
As an actor, Doyle was best-known as Michael Garibaldi in the 1990s science-fiction television show "Babylon 5."
In recent years, his self-titled radio show aired on Talk Radio Network and, in Las Vegas, weekday afternoons on AM radio station KDWN.
A post on Doyle's verified Facebook page stated, "The family of Jerry Doyle is sad to announce Jerry’s passing. The cause of death is unknown at this time."
Show producer Brad Silvers noted that Doyle also founded the conservative-Libertarian opinion blog EpicTimes.com.
Talk Radio Network Enterprises CEO Mark Masters stated, "I am stunned and saddened by the news of Jerry's sudden death. He was a dear friend and a prince of a human being. We have worked together for over 12 years, and no host was more loyal at my side."
Talk Radio Network and America's Talk Network said they will continue to produce and distribute "The Jerry Doyle Show" using guest hosts

This is the picture that I use for my Google account and several other bulletin boards that I use. 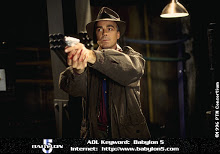 here is a quote that was attributed to G'Kar another character on B5 that has since "gone beyond the Rim". 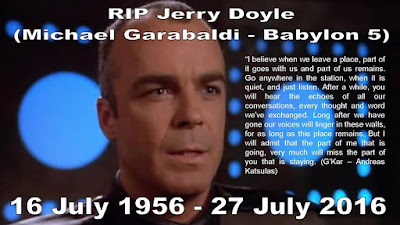 I was surprised and dismayed to see the news today.  I was part of his circle of friends on Facebook, I would add my opinions to what ever he had posted.  I considered him a class act and his passing reminded me that time marches onward and even though I don't act or look my age we do get older..

Now to the original reason for my posting....I used "meme generator to make a meme involving politics.. 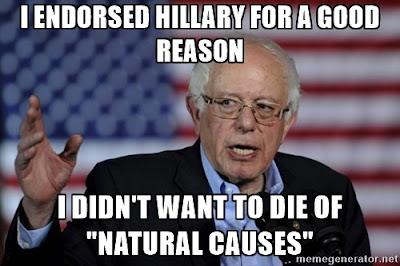 I hesitated on posting this on my regular Facebook feed.  I keep a strict dichotomy of my political beliefs and my Facebook postings.  Those that see my Facebook stuff know that I don't post any political items.  I work for a major company that is risk adverse to the extreme and would fire me in a new york minute if there is a complaint against me for hurting some special snowflakes feelings..  I have seen cases in the newspapers of that happening to a cop in Vermont and somebody in Colorado losing their job because they become the latest cause du jour of a SJW.  Perhaps I am being a bit paranoid but I don't trust liberals especially SJW's, if you don't have their hivethink they go to destroy you to punish you for deviating from "the truth" as they see it.
The logic for me generating the meme was how people that crossed the Clintons manage to wind up dead....I wonder if Ken Starr still checks behind his door.   As far as Bernie goes, he is much more likable than Hillary and he is honest about who he was.  I respected him, I wouldn't vote for him but I respected him, unlike Hillary that I consider her corrupt and totally venal in her search for power.  And after the wikileaks of the DNC actively stacking the deck against Bernie to ensure the coronation of the queen. 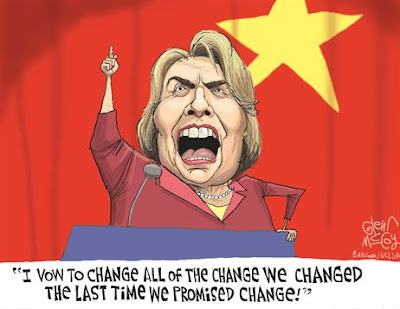 Posted by MrGarabaldi at 1:11 AM