How Donald Trump changed U.S Politics....and it will never be the same

I saw this at ROK.     Sometimes I will shamelessly rip off info from another site especially if I like it and I think my fellow bloggers and readers will find it useful.   I have tried to explain the "Donald Effect".  to my liberal friends.  Basically the GOPe and the Democrats created him over the past 20 years.   The middle class felt left behind because the GOPe catered to the donor class and the Democrats did also and catered to the "protected class of Immigrants" looking to secure another monolithic block  to ensure permanent power and nobody was looking out the American middle class.  We had our high paying jobs getting outsourced and what was available didn't even come close to making the same money and you throw in the circus of Obamacare and *Poof* you have Trump. 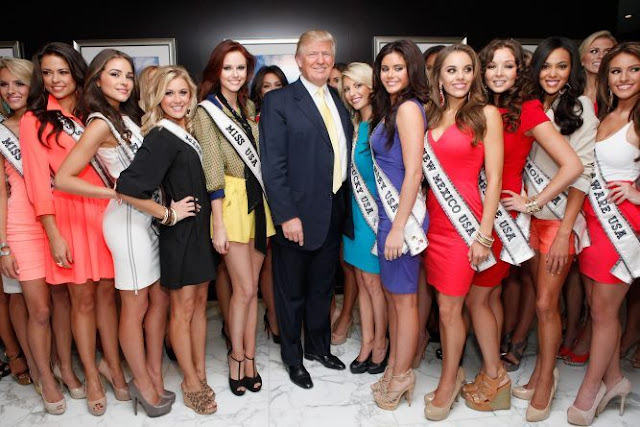 Whether you love him or hate him, you can’t deny that Donald Trump’s run for the presidency has had a huge effect on the country, especially our broken political process. Right now the globalists are working overtime to crush Trump and his message. They believe that if they can stop Trump, Americans will go back to being bovine worker drones in their globalist machine. But that is impossible. What has been seen cannot be unseen.
Here are some of the ways that Trump has forever changed US politics.


The message is more important than money

Frank Luntz – focus group expert
Up until Trump announced his candidacy, the assumption has been that the candidate with the largest war chest wins. DC beltway analysts and New York marketing experts had elections down to a science. If you can afford to pay the best experts and buy more ads than your competition, you’ll win. A good example of this was the Marco Rubio campaign. Everything about Rubio was done according to the textbook. His message was created and market tested in conjunction with Frank Luntz to ensure it would have maximum voter appeal. All that Rubio had to do was execute, run the requisite number of television ads, and he would win. That conventional wisdom was forever destroyed by Trump.
Instead of following this conventional route, Trump went with his gut. No doubt he consulted certain people such as Senator Jeff Sessions in constructing his immigration message, but his general approach was to bypass focus groups and target big issues that voters felt strongly about. Because Trump staked out positions that resonated with the GOP voter base he was able to build a durable following without spending a lot of money. According to Bloomberg, Hillary has spent roughly $432M on the campaign while Trump has spent $213M—less than half. Yet the polls are still close so Trump’s focus on message over Madison Avenue advertising experts is paying off.


Sometimes you have to offend people

Orlando shooter and misunderstander of Islam
Another piece of conventional wisdom that has been proven wrong by Trump is the idea that you cannot offend anyone in the electorate, even very tiny portions of it. You can see it in Hillary’s message, which is 100% focused on women and minorities. Mainstream Republican candidates are a little less politically correct but not by much. While they might say “radical Islamic terror,” they are always very quick to point out that Islam itself is a religion of peace. All terrorists are, in the GOP view, “perverters” of Islam. The reasoning behind this “don’t offend” approach is that a politician cannot afford to lose even one vote.
There are many problems with this approach but the biggest one is that sometimes solving a problem requires offending a group of people. Trump’s statement that there seems to be a problem with Islam and terrorism could definitely be construed as being offensive toward Muslims, but until we have the courage to have an open discussion about it, we will never solve the problem of terrorism. Trump’s defeat of 16 of GOP’s best and brightest proves that it is more important to speak the truth than it is to worry about who you offend.


Conservatives are a fake opposition

George W. Bush’s daughter Barbara attends a Hillary Clinton fund raiser in Paris with Huma Abedin
The greatest gift that Trump’s candidacy has given us is the realization is that the Conservative Movement that powers the Republican Party was never meant to change America for the better. It’s only purpose was to provide the appearance that voters have a real choice. This allowed the progressive agenda of feminism, gay marriage, and the elimination of national borders to advance without the masses rising up in open rebellion.
The fact that the GOP was only a fake opposition party became evident from the moment that Trump announced his candidacy. During his speech Trump mentioned two distinctive policies that have defined him ever since. The first is the idea that illegal immigration must be stopped. The second was that the US has negotiated bad trade deals that are decimating US manufacturing. While other Republicans had mentioned immigration as a problem in the past, none of the 2016 batch of candidates had made it a priority. And none of the other Republicans had chosen to attack existing trade deals.
There was swift retribution for Trump’s comments. Several companies canceled contracts that they had with Trump’s company. The Republican elite rushed to condemn Trump’s statements as offensive to Hispanics. They also dismissed Trump as not being a serious candidate.
As it became clear that Trump was winning, the GOP establishment tested various other attacks  to no avail. At the GOP convention, most of them grudgingly endorsed Trump, but they were just waiting for a more opportune moment to attack Trump. That moment came after the “grab them by the pussy” tapes were released on October 7th. GOP leaders and pundits coordinated their statements against Trump with the media and the Democrats.
The reason the GOP establishment is working to stop Trump because he represents a genuine departure from the standard Democrat and Republican policies. Trump’s policies threaten to take away power from the donor class, the wealthy plutocrats who really run the country. By attacking Trump the Republican establishment demonstrated that it was only interested in representing the interests of its wealthy donors, not its voters.
If elected, Trump will have a chance to change the Republican Party into a party that really represents the interests of most Americans. If he loses, the GOP will likely try to revert back to its fake opposition policy but no one will be fooled into thinking that it presents a real alternative.


The media is a mouthpiece of the ruling elite

Glenn Thrush
Regular readers of Return of Kings have seen the perfidy of the mainstream media before. When Roosh tried to hold meet-ups for men, the international press went into attack mode. Newspapers all over world obediently printed minor variations on the same false headline that Roosh was “pro-rape.” The same thing has occurred with Donald Trump when women began to accuse him of groping them.
Before publishing a story that tarnishes a person’s reputation, it is standard journalistic practice to check the accuracy of the story. This includes contacting the person who has been accused to get their response. It involves doing some checking of the accuser’s reputation and looking for corroboration. In the case of the women that Trump allegedly groped, none of this was done. The media ran the groping accusations even though the women’s stories were easily debunked because the media’s only job is to carry the water for the globalist elite.

Sycophant Glenn Thrush asking Hillary’s campaign manager to approve his work
Nowhere has this been more apparent than with the release of the Wikileaks Podesta emails. The emails show a high degree of coordination between the media and the Democrats. In one particularly egregious case, Politico writer asks Podesta to review what he has written to ensure he has not “fucked up” anything.

Although Trump has changed US politics, we will suffer a serious setback if he loses on November 8th. As I have written before, it is likely that Clinton will move quickly to modify US demographics to prevent another conservative from ever being elected. The big difference will be that we are now wiser as to how things really work. We’ve been rudely woken from our sleep and injected with 500 mg of caffeine. There is no way we are going back to sleep again.
Posted by MrGarabaldi at 7:00 PM

Email ThisBlogThis!Share to TwitterShare to FacebookShare to Pinterest
Labels: election 2016, Elections have consequences