Monday Music "Nirvana" Come as you are

I had in mind to do this song after my favorite blogbabe asked me to "do Nirvana", and I can't say no to blonds so I lined up Nirvana for her.   I remembered when Nirvana exploded on the music scene.  The "grunge" or alternative music was going mainstream and it was pushing my 80's hair metal bands out of the limelight.  This was in 1992 when I heard of Nirvana.   Kurt Cobain was later touted as the "voice" of the GEN Xers or the slacker generation.  The musical influence of Nirvana can't be understated.  I saw something on Facebook a few months ago and it showed the kid on the album cover all grown up.  Talking about making me feel old after seeing this. 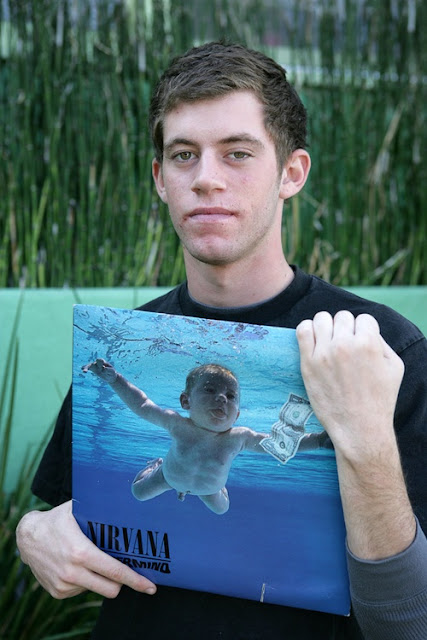 I was saddened to hear about the death of Kurt Cobain, apparently his demons won and he decided to end it with a shotgun.  It seems like some of the greatest minds also have the greatest demons and the good guys don't always win. 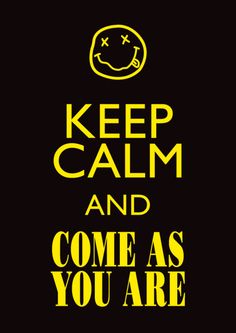 Nevermind is the second studio album by the American rock band Nirvana, released on September 24, 1991 by DGC Records. Produced by Butch Vig, Nevermind was the group's first release on DGC. Lead singer Kurt Cobain sought to make music outside of the restrictive confines of the Seattle grunge scene, drawing influence from groups such as the Pixies and their use of "loud/quiet" dynamics. It is their first album to feature drummer Dave Grohl later of the Foo Fighters
Despite low commercial expectations by the band and its record label, Nevermind became a surprise success in late 1991, largely due to the popularity of its first single, "Smells Like Teen Spirit". By January 1992, it had replaced Michael Jackson's album Dangerous at number one on the US Billboard 200 chart. The album also produced three other successful singles: "Come as You Are", "Lithium", and "In Bloom". The Recording Industry Association of America (RIAA) has certified the album diamond (at least over 10 million copies shipped), and the album has sold at least 24 million copies worldwide. Nevermind was in part responsible for bringing both alternative rock and grunge to a large, mainstream audience, and has been ranked highly on lists of the greatest albums of all time by publications such as Rolling Stone and Time. 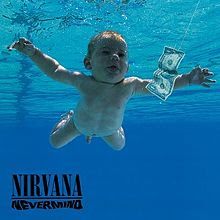 "Come as You Are" is a song by American grunge band Nirvana, written by frontman Kurt Cobain and released as the second single from the band's second studio album Nevermind in March 1992. It was the band's second American Top 40 hit, and second UK top 10 hit, reaching number 32 on the Billboard Hot 100, and number nine on the UK Singles Chart.
The unexpected success of the album's lead single, "Smells Like Teen Spirit" drew Nirvana to mainstream success, with Nevermind being released two weeks after the single's release. Following the album's release, the band and its management company debated whether to release "Come as You Are" or "In Bloom" as the next single from the album due to Cobain's concerns over similarity of the former with the Killing Joke song "Eighties" (1984). After some persuasion by the management company, Cobain agreed to release "Come as You Are" as the second single because of its commercial potential. Killing Joke were upset over the song, and there were rumors that a lawsuit had been filed over the song, though the suit never materialized. Killing Joke guitarist Geordie Walker was said to be upset about the whole situation, and he felt that Nirvana (which according to Walker denied the connection between the songs) handled the matter poorly.

The music video for "Come as You Are" was directed by Kevin Kerslake, who drew inspiration for it from the cover artwork of Nevermind. Rolling Stone ranked "Come as You Are" 445th on its list of "The 500 Greatest Songs of All Time", and it placed 452nd on the 2010 edition of the list.

Wary of the similarity between the main riff of "Come as You Are" and English post-punk band Killing Joke's 1984 single "Eighties", Nirvana and its management were unsure about releasing the song as the second single from Nevermind. Danny Goldberg, head of Nirvana's management Gold Mountain, later revealed that "[w]e couldn't decide between 'Come as You Are' and 'In Bloom.' Kurt was nervous about 'Come as You Are' because it was too similar to a Killing Joke song but we all thought it was still the better song to go with. And, he was right, Killing Joke later did complain about it."Nirvana biographer Everett True writes that "Come as You Are" was eventually chosen for release as a single because "Goldberg favoured the more obviously commercial song". 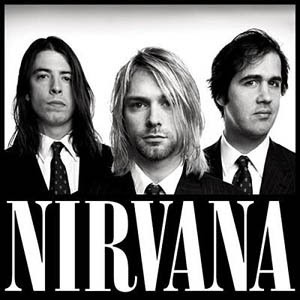 It was anticipated that the first single from Nevermind, "Smells Like Teen Spirit", would be a "base-building alternative cut", while "Come as You Are" would be able to cross over into other radio formats. However, "Smells Like Teen Spirit" became a surprise hit and boosted the band's popularity, whereas "Come as You Are" served to maintain it. After its release as a single in March 1992, "Come as You Are" peaked at number 32 on the Billboard Hot 100. The single stayed on the chart for 18 weeks. The song also reached number three on the Billboard Mainstream and Modern Rock Tracks charts.The single also broke the top 10 of the UK Singles Chart, peaking at the ninth spot. This song ranked number 82 in Blender's "The 500 Greatest Songs Since You Were Born",and 452nd on Rolling Stone's "500 Greatest Songs of All Time". 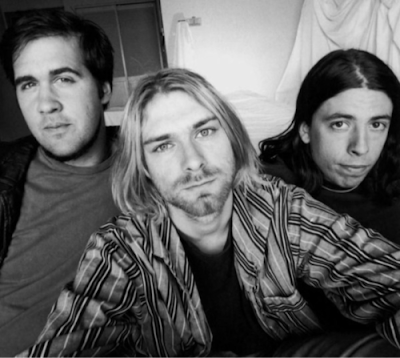 Although members of Killing Joke claimed the main guitar riff of "Come as You Are" plagiarized the riff of "Eighties", the band reportedly did not file a copyright infringement lawsuit, which Rolling Stone magazine attributes to "personal and financial reasons". However, conflicting reports state that Killing Joke did file a lawsuit but that it was either thrown out of court, or that it was dropped following Cobain's death. Geordie Walker, Killing Joke's guitar player, said that the band was "very pissed off about that, but it's obvious to everyone. We had two separate musicologists' reports saying it was. Our publisher sent their publisher a letter saying it was and they went 'Boo, never heard of ya!', but the hysterical thing about Nirvana saying they'd never heard of us was that they'd already sent us a Christmas card!" 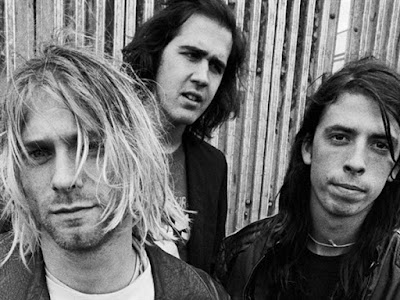 Posted by MrGarabaldi at 7:46 AM