I saw this link originally from Kenny's place then from Peters Place.  I read the rant early this morning.  The use of the "F-bombs" were totally artistic as a rant went and it is one of the best rants I have seen.   I have changed some of the words to make it PG for my son that reads my blog. 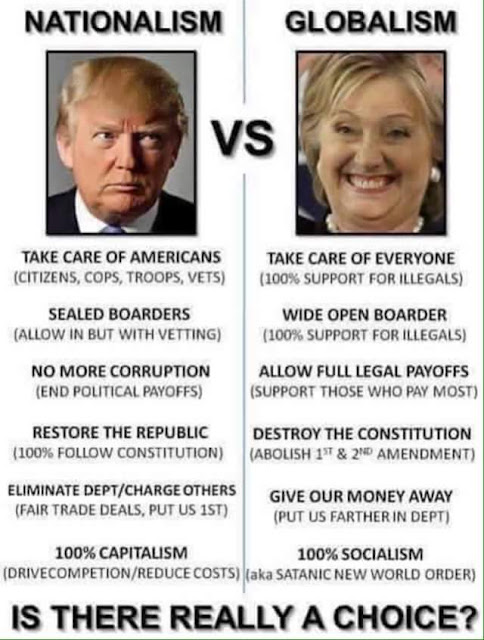 If you don’t like coarse language, the back button is located at the top left of your internet browser…
I generally avoid discussing politics. I don’t believe in human saviors. I do; however, believe in sticking together.
If the Republicans pull a stunt, and Trump runs third party, fantastic.
Mission complete.
It’s winner-take-freaking-all. Either he gets in the Captain’s Chair and turns the ship around, or he burns the damm house down on his way out.
The Republican Party, remember them?
They were the ones that were going to end illegal immigration and eviscerate CommieCare™. So for all you, “non-socialist“, “non-politically-correct” folks out there, why would you continue to not only reward failure, but continue to show up, and give support to the party that betrays you time, after time, after time?
You’re like a bunch of bitchy battered spouses.

A freaking meateater shows up to kick your abusive husband’s ass, and you go full blown Stockholm.
Then, during the primaries, these freaking crony-capitalist, anti-free-market goons have the audacity to parade around the biggest dogpile of invertebrates this side of the Precambrian Era, and actually expected us to accept these wishy washy, limp-wristed clowns?
I’ve never seen such a pack of worthless buffoons in my life. Kasich? Christie!? Rubio!?! Are you  kidding me!? 300,000,000 Americans, and these damp washcloths with pulses were the best the country could come up with?
Then, to add insult to injury, and prove to the world that they were more than willing to cut their own nose off to spite their face, they were ready to throw the primary process into the wood chipper, because you, me, and everyone else is incapable of deciding who the hell we want to vote for!? The GOP Establishment just told you "degenerates" it doesn’t give a flying soggy biscuit what you meaningless serfs think; it will pick its own candidate, “screw you very much“.
And you’re still willing to throw your bibs on, and scootch on up to the crap trough smorgasbord!?!?
Seriously!?
The faux-outrage from crapweasels like Ryan only show who the worms are. It’s like watching a 500,000,000-lumen light shining down as the cockroaches scatter.
Trump could run as a the candidate from the Scientology Xenu Collective Party, and he will get my vote.
Trump could whip his Dugan out and piss in Anderson Cooper’s face on live TV…
…Still voting for him.
Enough is enough.
Trump is harder than woodpecker lips. He ante’d up. He’s all-in. And if he doesn’t win, it will be the biggest failure of his career. Period. The demonization won’t stop if he simply loses.
He threw down the gauntlet, stepped up to the plate, and has been a thorn in the side to every corrupt plutocrat, every sniveling millennial weasel, every social justice sissy, every man-spreading offense-taking-horn-rimmed-glasses-wearing-soon-to-be-spinster-vegan-cat-lady, every TelePrompTer-regurgitating dick-squeezer working for state-run media, every deadbeat-handout-sucking-grifter, every tip-toeing-closeted-pedophile-politician, every crony-corporatist-tax-payer-subsidized-offshoring-swindler, every lowlife-border-serpent coming here to mooch, every Stars-and-Stripes-asswiping-Old-Glory-burning-Communist-weeniesmoker; in short, he is an affront to the sensibilities of the worst in America.
He’s the radical Left’s Antichrist; he is everything they hate about America.
And he is the last ticket out of this mess.
He’s the last chance to dance, boys and girls.
It’s not about VOWOOT*…it’s about seeing the ultimate “SCREW YOU” through to the bloody, bitter end.
He’s endured >12 Calendar months of every vile adjective these crap-drapers can throw at him, up to, and including, the cultural marxists’ most powerful weapon in their arsenal, “racist.”
He’s endured the entire propagandistic might of the media bullcrap machine, endlessly.
He’s still there.
The best they can come up with is the man says nasty things? Mean things?
Grow the hell up, you damned cowards.
The Anti-Free-Market Corporatists, and the Political Establishment have sold your freaking country down the river, and you’re gonna get your panties in a knot over a guy who said he wants sink his ding-dong into a hot babe?
If that’s where your priorities are, you deserve every damned ounce of what’s coming.
Ultimately this isn’t about Trump.
It’s never been about Trump.
Trump is merely the silver bullet into the heart of the sellout crapweasels.
Trump’s support is a direct result of the seething, white-hot rage in the American spirit.
He’s the final gasp of a dying body politic of red-blooded Americans, manifested in flesh.
He is a political weapon thrust into the side of Leviathan, as a last-ditch Hail Mary effort to expunge the self-anointed “know-betters” before they take the whole house down in a blazing cacophony of nuclear fire-and-brimstone.
Trump is the people’s Ambassador. His message, is nothing more profound than,
“SCRRREEEEEEEEWWW YOU!”
Whether he wins the election, loses the election, has the votes rigged against him, or the Repugnant party disowns him; it’s irrelevant – we’ve got a lot of work to do, and the future of American sovereignty, not-beholden to back-room deals conjured up by Corruptocratican globalist parasites, literally depends on anyone who doesn’t want to see their grandkids living in a third-world hellhole, while perennial near-felons suck caviar and spit in the face of the Rule of Law.
Whether he wins, and wins YUGELY, or is crushed miserably; it doesn’t matter.
TINVOWOOT**.
That said, just remember, by showing up to the polls in November, and yanking the crank that says, “Donald J. Trump,” you, and millions like you, will have effectively sent the biggest, meanest, most hateful bird-finger in the direction of the Deep(Dark) State possible; you’ll have utterly embarrassed them. You will have, if nothing else, given the most thorough, “SCREW YOU,” of your life to the disgusting scum that have floated to the top, while simultaneously illustrating that the biggest propaganda machine this side of Goebbels was utterly incapable of stopping you.
It will be a solid, “SCREW YOU,” to all the political pansies, fruitcakes, weenies, and wimps, crapping their pants in fake “outrage.”
It will be a solid, “SCREW YOU,” to all the enabling bagmen, henchmen, goons, and goobers, that lick the king’s boot for a living.
It will be a solid, “SCREW YOU,” to all the self-appreciative, holier-than-thou, coffee-shop “intellectuals.”
And, most importantly, it will be a solid, “SCREW YOU,” to the state-run media in this country, along with the message that they may have some folks fooled, but this time – it ain’t you.
And no matter what the hell happens – don’t get defeated. I’m seeing a lot of folks tricked by bogus polling numbers, and other hocus-pocus.
See also: manufactured “consensus.”
Reach down, verify your sacks are still attached, and get some fight back in you, you damned wimps.
Whether the WWOTW*** is roundly defeated through the electoral process in November or not, the “SCREW YOU” remains the same.