I ran across this article while surfing and it sounded pretty neat, so I added some information to the original article to flesh it out and "google" provided the pictures.

Some commanders achieve exceptional results by following the rules and sticking with the normal approach. Others achieve greatness through innovation and outlandishness.
These are some of those mavericks.

Building on his father’s achievements, this Macedonian leader transformed his army. He abandoned heavy supply trains for fast movement, pushed relentlessly into new territory, and did what others considered impossible. 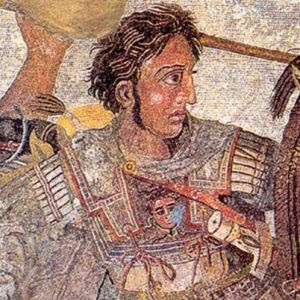 Always ready to adapt, he adopted new weapons and fighting styles, including turning his shield-bearers into a commando-style strike force. As he roamed the world, he was always ready to embrace new ways of fighting.  His defeat of the Romans time and again raised doubts about the survivability of the Roman republic and Rome survived until the sack of Rome in AD 410 by the VisiGoths lead by Alaric whom was a Roman trained barbarian who used the training and experience against them. 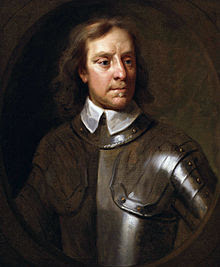 An unshakable personality in a time of tumultuous change,  Oliver rose from Obscurity to be come King of England in all but name.  He achieved it through decisive use of his cavalry and a dedication to professionalism.  Under him, England developed a highly trained professional standing army for the first time in her history. Almost like Marius of Ancient Rome fame, he set a standard that was emulated by all around him.   Oliver Cromwell lead his "New Model Army" and decimated the Royals in the battle of Nasby in the English civil war.

One of Cromwell’s admirers, Napoleon began his career as a swift and cunning commander. In Italy, he darted around the country, dividing and conquering. In central Europe, he defeated superior numbers through battlefield cunning and an army transformed by his leadership. Although his tactics later stagnated, he had a metamorphic effect on European command.  For years his tactics were the ones to emulate, his throries were sound, but many people viewed Napoleon as the penultimate commander and copied his tactics despite the increase of lethality of more modern weapons, the Crimean war and the Civil War in the United States showed the flaws of linear tactics. 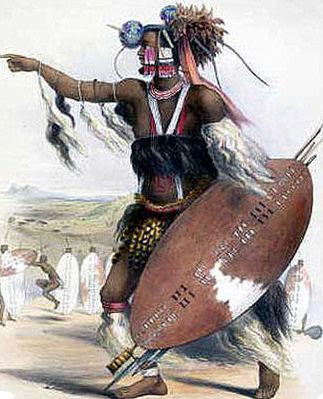 One of Africa’s most daring commanders, Shaka Zulu inherited a tribe and forged an empire. Like many military greats, he instilled discipline and strict training.
His work went far beyond that in reconstructing Zulu society to support his armies. He abandoned long throwing spears for short stabbing ones making his troops deadly in close quarters fighting. He trained his men to run dozens of miles barefoot and then immediately fight in battles.   His tactics immediately overwhelmed the other African tribes in the area and the discipline and tactics that he had instituted handed the British their worst defeat by a indigenous power in 1879 at Isandlwana when the tactics and training overwhelmed a overconfident British Regiment that believed that the Zulu's were no match for modern firepower. 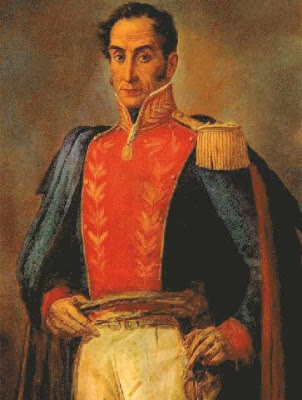 The man known as the Great Liberator, Bolívar believed with unswerving passion in the cause of Latin American independence. When Spanish control of its colonies began to waver, he led armies that freed an area now occupied by a dozen different countries. He marched his men through mountains and jungles, taking enemies by surprise, and emancipated the region’s slaves to ensure support for his war. 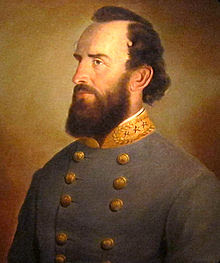 Perhaps the most eccentric commander of the American Civil War, Jackson was also one of the war’s greatest generals. A strict disciplinarian, he offended his men with his harsh punishments even as he won them over with concern for their welfare.
Through fast and unexpected maneuvers, he consistently outflanked and surprised his enemies. He defeated four Union armies in the Valley Campaign alone. In a time of industrialized war, he served near the front, sometimes taking part in hand to hand fighting alongside his troops. 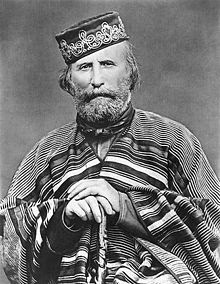 More than any other figure, Garibaldi was responsible for uniting Italy. He raised an army of volunteers that became a movement, outfought professional armies, and drove the Habsburg Empire out of Italy. Uncompromising in his principles, he forced the hands of politicians through successes they had not sought and thereby created a nation. 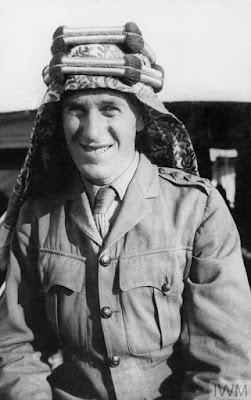 T. E. Lawrence was a British officer working in the Middle East during the First World War. Deeply attached to the Arab people, he led their forces in a succession of raids against Turkish supply lines. He adopted Arab culture to the extent it shocked his superiors and he became caught between the two cultures. As Britain reneged on promises to its Arab allies, Lawrence kept fighting for their rights.  In the end Lawrence suffered deep depression because of the what he believed as the betrayal of the arabs by the British after WWI 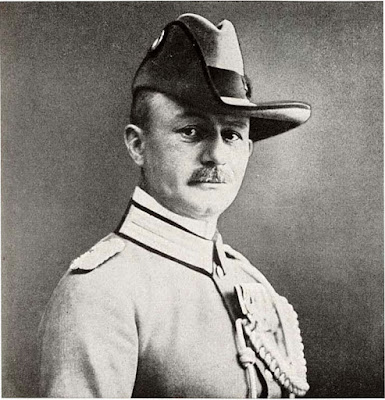 The commander of German forces in East Africa in World War One, Lettow-Vorbeck knew he was completely outnumbered by the British. He, therefore, reorganized his men for guerrilla fighting and withdrew into the interior. Through four years of rough living and guerrilla raids, he distracted armies a dozen times the size of his own.  At the end he was feted as a hero by the Germans because he had never surrendered to the British and it gave them pride in the accomplishments

Baron Manfred von Richthofen was the greatest air ace of the First World War. His daring, cunning, and mastery of aerial tactics were unmatched. He began a trend among German fliers for brightly painted planes, earning his unit the title of the Flying Circus. Serving as a mobile force up and down the lines, they struck terror into their enemies.  Richthofen was later shot down by an Anti Aircraft gun toward the end of the war, but he had become a legend that endures now. 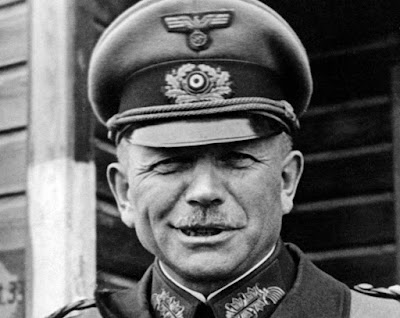 Having seen British tanks at the tail end of World War One, Guderian became fascinated by them. He developed the tanks and used tactics that brought Germany so much early success in World War Two. He was also one of the few officers able to stand up to Hitler, repeatedly arguing with the Fuhrer and yet surviving.  I bought one of his books alomg with Rommel, Guderain was the developer of what is called "Blitzkreig" basically fast moving armored columns supported by aircraft to clear key points for the advance.  His tactics enabled a numerically inferior German force to defeat the French whom had better tanks but poor training and tactics. 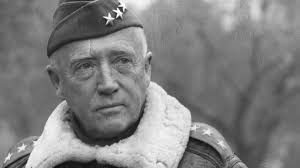 Trained as a Calvary Officer Patton like Guderain saw the rise of tanks and wanted to make use of them.  Patton became America's most gifted Tank commander  and one of its leading generals during World War II.  Patton drove so decisively that his tanks ran out of fuel because he outran his supply lines.  Patton was known for his aggressiveness and "Not paying for the same real estate twice.  Patton maneuvers during the Ardennes offensive when he turned his army 90 degrees and headed north to rescue the surrounded Airborne units in Bastogne.  His Army attacked in a 2 division front and moved over 100 miles under the worst snow and ice that Europe hasn't seen for 100 years.

Clip from the Movie "Patton", Yes it was Hollywood but the words were accurate
Colorful and opinionated, Patton clashed with colleagues and superiors and was relieved of his command on more than one occasion.  Patton died in November 1945 in an auto accident 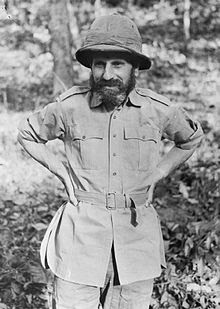 A singular figure who did not get on well with his peers, Wingate was a great commando leader. Leading British Chindit forces in World War Two, he launched penetrating attacks far behind Japanese lines. His created strongholds deep in the jungle, untouchable by conventional forces. He repeatedly clashed with his more traditional peers, who undid much of his work after he died in service. 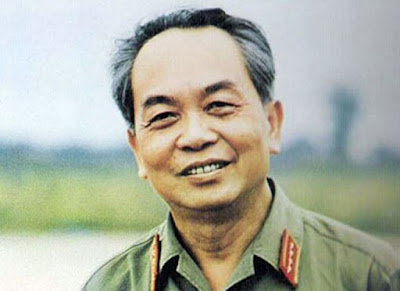 Vietnam’s greatest general, Giap led his nation to success against the French and Americans, reuniting north and south. His supply systems and guerrilla tactics allowed him to strike deep into enemy territory. He cut off heavily armed opponents and achieved significant victories with inferior technology.  Giap's defeat of the French at Dien Bien Phu in 1954 ended the french attempts to reimpose colonial rule in Indochina.  Giap's success against the Americans was mostly due to the loss of support of the war on the home front.
Posted by MrGarabaldi at 2:30 PM