Monday Music "A matter of Trust" by Billy Joel

I started my new schedule at work and it was long and I had stuff going on in "MeatSpace" and was unable to load the scheduler thingie like I wanted, My apologies to all. 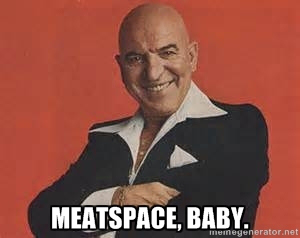 I have started "dayshift 12 hour crew" and being on days after being on nightshift for many years is a change for me...I kept expecting my skin to catch on fire or something.

Kinda like that......
Well anyway I had decided to roll with this song, even though I had featured "Billy Joel Last week, I remembered this song and I really liked it and it showed his family in the video and I thought that was a nice tough.   Also Billy with a Guitar was unusual.

Matter of Trust" is a song by Billy Joel released as the second single from his album The Bridge.
The song was the second top 10 single from the album, after the previous single "Modern Woman." The song's music video, directed by Russell Mulcahy and produced and conceived by Paul Flattery, features Joel and his band performing in the basement of a building on St. Mark's Place in New York City's East Village and also features shots of various people in the city who eventually gather round the building's windows to see Joel perform. Most appear to be enjoying the concert except one woman on a fire escape who yells at them to "Shut Up!", however she is ignored and even members of the NYPD don't mind. His then-wife Christie Brinkley appears in the video holding their baby daughter, Alexa. The song differs from most Joel songs in that it is based on electric guitar rather than piano, which gives it a hard rock edge compared to his usual soft rock balladry. It is the only Billy Joel music video that features him on guitar - a factor he cited for saying it was his favorite of all his videos. The song gained major traction in the Soviet Union as part of a state-sponsored television promotion of Joel's songs in preparation for his 1987 USSR concerts, recorded on Kontsert.

Posted by MrGarabaldi at 6:33 PM