Monday Music "Magnificent" by U2

I decided to roll with a U2 song, this was the first song by U2 that I liked since the Joshua Tree in 1987.  A friend of mine turned me onto the song while I was getting some parts to fix the airplane, I had walked into our "Parts Issue station" and the song was playing and I commented to him"Dang that is a good song...Who sings it?.  He replied "U2" and I snorted derisively "U2?, they have sucked since the 1990's.  I know I tried to like their later stuff after Joshua tree and it all bit."   He nodded and replied that I was correct, but this song was like more "old School U2", so I listened to it again and I agreed that this was a good song. 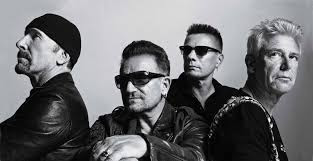 "Magnificent" is a song by U2. It is the second track on the band's 2009 album No Line on the Horizon and was released as the album's second single. The song was originally titled "French Disco", but was renamed later in the recording sessions. It is played before the start of every New York Rangers home game at Madison Square Garden.
The single was released on 4 May 2009 and reached #42 on the UK Singles Chart. While well received by critics, it was the first domestically-released U2 single not to make the UK Top 40 since "A Celebration" in 1982. 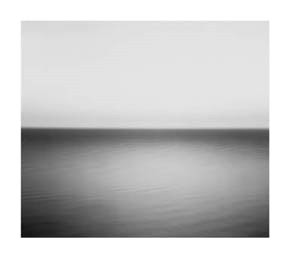 No Line on the Horizon is the 12th studio album by Irish rock band U2. It was produced by Brian Eno, Daniel Lanois, and Steve Lillywhite, and was released on 27 February 2009. It was the band's first record since How to Dismantle an Atomic Bomb (2004), marking the longest gap between studio albums of their career to that point. The band originally intended to release the songs as two EPs, but later combined the material into a single record. Photographer Anton Corbijn shot a companion film, Linear, which was released alongside the album and included with several special editions.

"Magnificent" originated from the band's improvised recording sessions with Brian Eno and Daniel Lanois in Fez, Morocco in June 2007. The track was created out of a series of chord changes in the midst of a jam. The Edge noted that "The basic chord progression had a power that got everyone inspired. I think we all knew that it was inherently joyful, which is rare." A group of Moroccan percussionists played along with the band, and the result quickly became a band favourite during the sessions.
Bono noted that the lyrics were influenced by both Cole Porter and Bach, and that the song is about "two lovers holding on to each other and trying to turn their life into worship". Lanois described the song's origins: "We wanted to have something euphoric and Bono came up with that little melody. And he loved that melody, and stuck with it. Almost like a fanfare. And then I was involved in the lyrical process on that, because we wanted to talk about sacrifice that one makes for one's medium or one's art. I thought it had for a setting New York in the 1950s; looking out a small bedroom window. Maybe a Charlie Parker kind of figure."

The music video was filmed in Fez, Morocco. It was directed by Alex Courtes, who previously worked with the band on the video for "Get On Your Boots". The video premiered online via Yahoo! Music on May 6, 2009
Posted by MrGarabaldi at 8:00 AM