Posting will be sporatic for the next few weeks, I am having to devote a lot of time to other things and spending 2 to 3 hours a night blogging I can't spare the time right now.  I am working on some certifications for work and I have to study a lot.  So I apologize to my regular readers, I will be posting but it will not be regular like it has been.

I decided to do this version of "Monday Music" on the Hustle, it was very popular during the Disco era. 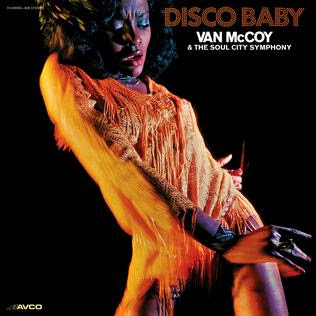 "The Hustle" is a disco song by songwriter/arranger Van McCoy and the Soul City Symphony. It went to No. 1 on the Billboard Hot 100 and Hot Soul Singles charts during the summer of 1975.[2] It also peaked at No. 9 on the Australian Singles Chart (Kent Music Report) and No. 3 in the UK.[3][4] It would eventually sell over one million copies. The song won the Grammy Award for Best Pop Instrumental Performance early in 1976 for songs recorded in 1975.

While in New York City to make an album, McCoy composed the song after his music partner, Charles Kipps, watched patrons do a dance known as "the Hustle" in the nightclub Adam's Apple. The sessions were done at New York's Media Sound studio with pianist McCoy, bassist Gordon Edwards, drummer Steve Gadd, keyboardist Richard Tee, guitarists Eric Gale and John Tropea, and orchestra leader Gene Orloff. Producer Hugo Peretti contracted piccolo player Phil Bodner to play the lead melody.
During the summer of 1975, "The Hustle" became a No. 1 hit on the Billboard Hot 100 and Hot Soul Singles charts. Billboard ranked it as the No. 21 song for 1975. It also peaked at No. 9 on the Australian Singles Chart (Kent Music Report) and No. 3 in the UK Singles Chart.
According to producers Hugo & Luigi who owned the Avco record label that originally released "The Hustle", McCoy met with them shortly before his death in 1979 to discuss ideas for a new, longer version of the song, in order to appease Avco's UK and German affiliates who were clamoring for a 12" disco single release. The new version, clocking in at just under 6-and-a-half minutes, was assembled posthumously as a remix, using parts of the original recording plus new parts, including drum, Syndrum, and a "little" Moog synthesizer. It was credited to Van McCoy alone or with an unnamed orchestra, mixed by "The Mix Masters", identity unknown
Posted by MrGarabaldi at 5:00 AM