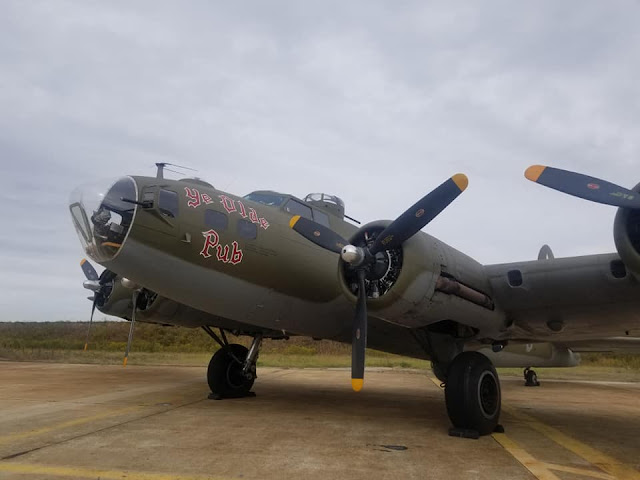 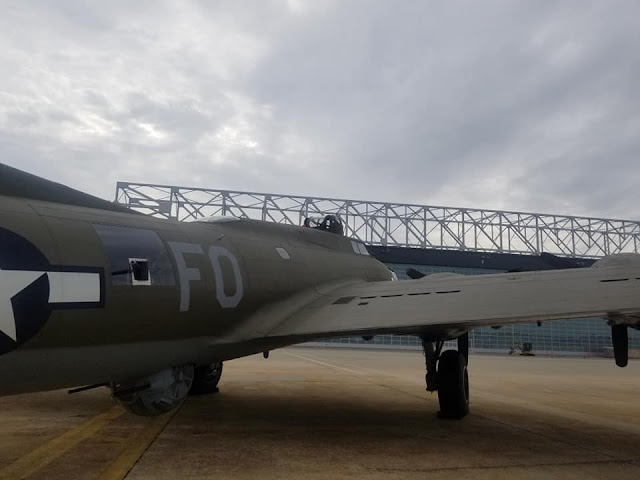 My employer celebrates Veterans Day, we have planes fly in and military equipment shows up.  A-10's F-16's P3 Orions, Hueys, C-47's V-22 Ospreys and many others.  This plane we painted earlier in the year and it was used in a movie that was based on this story.Damaged B-17 escorted Home by a German Fighter.  I had blogged about it a few years ago.  More planes are showing up, but the celebration is tomorrow and I will try to go to work and get some $$Overtime$$ and participate in the ceremony while I am there.  I do have my shadowbox there with my awards.  But I didn't bring my other stuff like I have in the past. 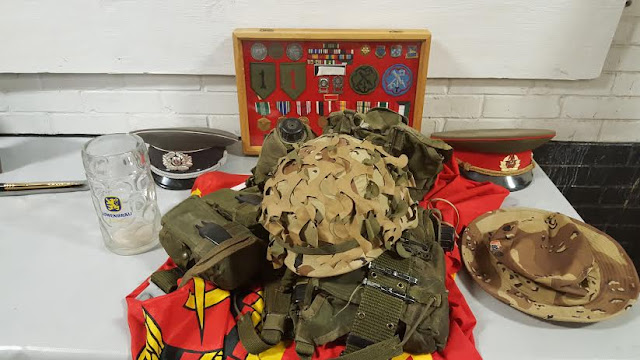 My Shadowbox from events past.
My Helmet, my LBE, a Soviet, and an East German Flag.  My floppy hat, a East German hat and a Soviet Hat, my shadowbox and a beer stein that I "liberated" from the Octoberfest tent in Munich in 1986.

I will get more pics tomorrow and make a blog post out of them.
Posted by MrGarabaldi at 9:11 AM