Which WWII Helmet design was better? 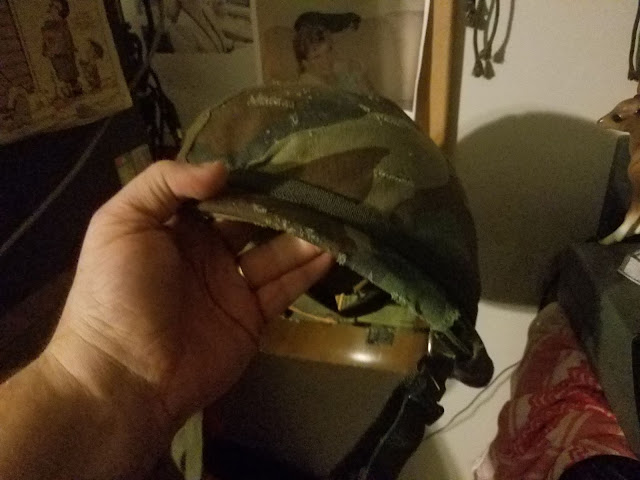 My 1980's M-1 pattern Helmet, the same style since WWII.  I have blogged about Helmets before.  It is a very identifying way to show who a soldier belonged to.

The question of how effective helmets were and which were most effective initially arose in World War I. This was one of the first wars to feature airplanes, heavy use of artillery, tanks, and massive trench warfare.
The helmet became particularly important as huge artillery pieces were used to soften positions in rolling barrages before soldiers stormed the trenches.
Artillery could use various types of shells like anti-personnel and fragmentation shells that could rain metal on the heads and shoulders of soldiers in the trenches.

Email ThisBlogThis!Share to TwitterShare to FacebookShare to Pinterest
Labels: Helmets