My Apologies for not doing a "Monday Music" last week, it was Memorial Day and Yes I had several songs I could have used and have used in the past from Billy Joel "Good Night Saigon," To Paul Hardcastle "19" or a couple of others and not ran with my present theme, but I was on vacation and my "baby laptop" loves to eat paragraphs and place the curser in strange places making it difficult to get a groove going.  so I didn't post much.

I figured it would scar the alphabet boys if they come busting in and hearing a song about people standing for their beliefs and willing to fight for them no matter the cost, Good Music  unlike that crap they listen to now.  What can I say, My humor is warped....just a bit. Next week will be "Come Out and Play" by The OffSpring...How Appropiate, LOL,  Now that should really cause some psych evals., hehehe, some poor ATF guy trying to explain the attraction to his mother because he is imaging himself as The savior of the American way rather than working for an agency that have the initials of a convenience store.  Now because we ain't gonna answer that door.  They can kick it in and start "the Dance"   I decided to roll with " You spin me around like a record "because we are being spun like a record by the most oppressive American .gov in History and  by the alphabet agencies because they don't like people that ain't on the democrat plantation.  Well I kinda like my freedom and stuff and that is anathema to the deep state and their operatives. 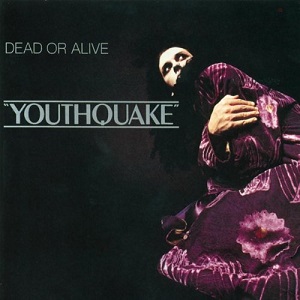 Youthquake is the second album by the British pop group Dead or Alive, released in May 1985. The album was their commercial breakthrough in Europe and the United States, due to the lead single "You Spin Me Round (Like a Record)", which was a UK number-one hit and a top 20 hit in the United States. Additional single releases from the album included "Lover Come Back To Me", "In Too Deep" and "My Heart Goes Bang (Get Me to the Doctor)". This was Dead or Alive's first collaboration with the Stock Aitken Waterman production team. Youthquake was re-released in the UK on compact disc in 1994, with the two bonus tracks that were previously included on the original CD and cassette versions of the album.

Recent US and Japanese reissues have reverted to the original vinyl track listing.

The album cover was taken by fashion photographer Mario Testino.

The video, which features a disco ball, waving gold flags and an evocation of the six-armed Vishnu, was directed by Vaughan Arnell and Anthea Benton.

Dead or Alive's vocalist Pete Burns stated in his autobiography that he composed "You Spin Me Round" by using two existing songs as inspiration for creating something new:

How did I write "Spin Me"? I listened to Luther Vandross's 'I Wanted Your Love'. It's not the same chord structure, but then that's the way I make music – I hear something and I sing another tune over it. I didn't sit and study the Luther Vandross album – I heard the song and it locked. [...] I'm trying to structure the music and I know what I want. [...] It's like do this, do this, do this - and suddenly it hits. I don't want to do Luther Vandross's song, but I can still sing the same pattern over it. And there was another record, by Little Nell, called "See You 'Round Like A Record". [...] So I had those two, Van Dross [sic] and Little Nell and – bingo! – done deal.

According to Burns, the record company was unenthusiastic about "You Spin Me Round", to such an extent that Burns had to take out a £2,500 loan to record it, then once it had been recorded "the record company said it was awful. It was unanimous – it was awful, it was rubbish." Burns stated that the band had to fund production of the song's video themselves.

The strings were based on Richard Wagner's classical piece "Ride of the Valkyries".