Operation "Monopoly", The American attempt to spy on the Soviet Embassy.

I am still using my "old" laptop,   I haven't  ordered the new one yet, I need to, but just pulling the trigger and spending the money that I really don't want to. Does that makes sense?   Also My Dads Memorial service is tomorrow, so I may not be back online tomorrow, depends on how I feel.  I will be glad for the closure if nothing else.  My brother came back from Astan so we were able to plan the memorial service.

I remembered when the Soviets got this primo real estate compliments of the Carter State Dept and people were really pissed especially after the Russians had bugged and infiltrated our embassy so effectively and made us look like chumps. 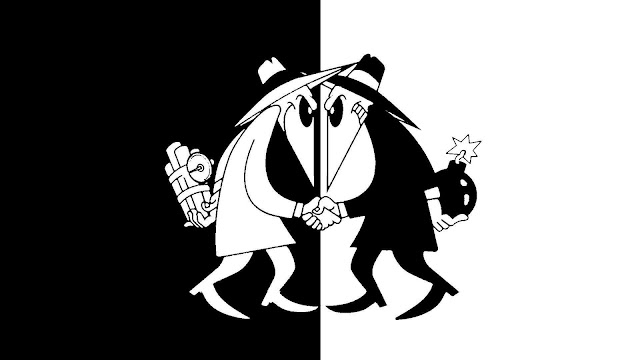 The U.S. and U.S.S.R. were no strangers to spying on each other, as they had been playing a cat-and-mouse game of espionage since the beginning of the Cold War. Operation Monopoly, where the U.S. tried to literally undermine the Soviet embassy, was one of the more audacious attempts on the American side.

Since the 1920s, the Soviets had spies integrated in many facets of the U.S. military and politics. WWII was a particularly busy time for Soviet intelligence agencies, as they were under direct orders from Moscow to gather as much information as possible on U.S. and British war plans, as well as any advances they were making in technology.

In fact, Soviet spies were embedded so deep that they were aware of the U.S.’ most secretive plans, like the Manhattan Project, leading to the Soviet development of the atomic bomb, and sparking the Cold War

This continued after WWII, but the two superpowers were now capable of mutual destruction, forcing them to use more inventive ways to get the upper hand over each other. One of the most critical points of attention was their embassies. This was a place where important and top secret conversations were made by the enemy on their own soil. Naturally, eavesdropping on embassies became a priority for both the Soviets and the U.S. A replica of a bugged U.S. great seal on display at the National Cryptologic Museum in 2005

One of the earliest known forms of this was “The Thing” in 1945. The Thing was a listening device planted within a wooden plaque of the Great Seal of the U.S., which was given to the American ambassador at the time by the Soviet Union, as a gesture of the friendship the nations established during WWII. The ambassador hung it on the wall of his office, not knowing it was secretly listening. The device was remotely powered by electromagnetic energy from an outside source to keep it hidden.

It was accidentally discovered six years later in 1951 by a radio operator in the British embassy.

In 1964, the U.S. discovered 40 bugs in their embassy, and in 1984, they realized their typewriters were secretly transmitting what they typed to the Soviets.

In the 1970s, the Soviets were planning to build themselves a new embassy in Washington, on a plot of land selected by the State Department. Much to the dismay of U.S. intelligence services like the FBI, CIA, and NSA, the land chosen for them was on the second-highest point in Washington, giving the Soviet embassy a prime location to spy on the White House.

Knowing this, U.S. secret services planned to bug the new embassy from top to bottom to listen for important information and to detect if the Soviets were spying on them.

Before Soviet architects arrived, the FBI ordered the trees around the construction site to but cut down and any evidence like sawdust and tree stumps removed. This was to provide an unobstructed view of the location. Next, the FBI secretly purchased a three-bedroom house situated quite literally across the road so they could observe the embassy around the clock. However, the main event was Operation Monopoly, a plan to dig a tunnel straight under the Soviet embassy. This tunnel would allow U.S. intelligence services to tap into and listen to Soviet communications and calls.

The FBI selected a contractor, and work began while the embassy was under construction. The FBI had to exercise extreme caution to keep the tunnel a secret, by carefully removing dirt, and adding high-tech monitoring equipment as they went.

Where did the tunnel begin? This is still a matter of debate, with many people claiming to know, suggesting it’s in places like the FBI-owned house across the road, while others believe it begins in an even closer house on Fulton Street. A local espionage enthusiast has monitored this house for years and has never seen anyone come or go, even during holidays like Halloween.

The workers involved in Operation Monopoly had to work tirelessly to keep a constant ingress of water out. As well, despite having detailed plans of the embassy’s layout, they were not sure where the tunnel was in relation to the building.

The Soviets were highly experienced at counter-espionage, having perfected it over the previous decades. This made it incredibly hard for the Americans to successfully spy on the embassy. The Soviets used thick slabs of marble on the walls instead of a conventional marble-epoxy-marble method, to prevent bugs from being placed in the glue.

They also would check every window frame and sheet of metal for bugs before they were placed in the building. On top of this, they bored 30–40 feet deep holes around the site to check for tunnels. Photo double agent Robert Hanssen, who started working for the FBI and then defected to the KGB while pretending to work for the FBI

The embassy’s construction-to-use lasted from 1977 to 1994, and in this time, the U.S.’s repeated and extremely expensive attempts to tunnel under and monitor the embassy had failed. Thanks to this obvious lack of success, they suspected there may have been a traitor in the project in the early 1990s, and began an investigation.

It was discovered in 2001 that there was indeed a rat in the ranks, an FBI agent named Robert Hanssen, who was sending top secret information to the Soviets in exchange for money.

He revealed U.S. double agents to the KGB, some of whom were eventually executed, and also revealed the plans about the multi-million dollar and decades-long tunnel project under the Soviet embassy.

Hanssen had revealed the existence of the tunnel in 1989, long before 1994 when the embassy was fully occupied, meaning the Soviets were never at serious risk of having important information secretly recorded. This also means the U.S. continued tunneling for years without knowing the plan was exposed, making it a complete waste of time and resources

When the tunnel “officially” became known to the public in 2001, the Russian government pretended to be shocked about the incident, which was something they had actually known about for over 10 years.

Operation Monopoly was clearly a complete failure, and it shows the extent of the lack of trust between the U.S. and U.S.S.R. during the Cold War, and how that distrust continued long after the supposed “end” of the Cold War in the early 1990s, with the collapse of the Berlin Wall. As a result, somewhere in Washington, an underground tunnel with an unknown beginning or end still sits there today
Posted by MrGarabaldi at 3:30 AM