Monday Music "Come Out and Play" By The OffSpring

I figured it would scar the alphabet boys if they come busting in and hearing a song about people standing for their beliefs and willing to fight for them no matter the cost, Good Music  unlike that crap they listen to now.  What can I say, My humor is warped....just a bit. Next week will be "Ain't nothing but a House Party" by The J Giles Band...How Appropriate, LOL,  Now that should really cause some psych evals., hehehe, some poor ATF guy trying to explain the attraction to his mother because he is imaging himself as The savior of the American way rather than working for an agency that have the initials of a convenience store.  Now because we ain't gonna answer that door.  They can kick it in and start "the Dance"   Glypto Dropem made this song suggestion and I thought it was pretty cool.  I am very unhappy that the various .gov agencies have been weaponized by Obunger and continued to this day by the alphabet agencies because they don't like people that ain't on the democrat plantation.  Well I kinda like my freedom and stuff and that is anathema to the deep state and their operatives.

I decided to roll with this song because one of my "Workwith's"  jammed on this and other metal and punk rock songs and I got used to the song and actually liked it.....after a while, LOL 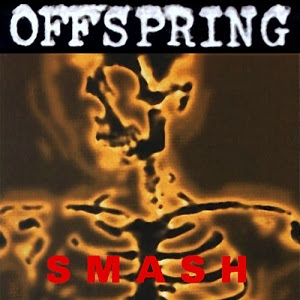 Smash is the third studio album by American rock band The Offspring, released on April 8, 1994, by Epitaph Records. After touring in support of their previous album Ignition (1992), the band recorded their next album over two months at Track Record in North Hollywood, California. Smash was the band's final studio album to be produced by Thom Wilson, who had worked with them since their 1989 eponymous debut. This also marks the first album where Dexter Holland is credited with playing the guitar as opposed to vocals only.

Smash was the Offspring's introduction into worldwide popularity, and produced a number of hit singles, including "Come Out and Play", "Self Esteem", and "Gotta Get Away". Along with Green Day's Dookie, Smash was responsible for bringing punk rock into the mainstream, and helped pave the way for the emerging pop punk scene of the 1990s. As a fan favorite, the album received generally positive reviews from critics and garnered attention from major labels, including Columbia Records, with whom the band would sign in 1996.

"Come Out and Play" (sometimes subtitled "Keep 'Em Separated") is a 1994 song by the Californian punk rock group the Offspring. It is the seventh track on their third album Smash (1994) and was released as the first single from that album. Written by frontman Dexter Holland, the song was the second single to be released by the band, after "I'll Be Waiting" (1986). It is considered the Offspring's breakthrough song, as it received widespread radio play, with first attention brought by Jed the Fish of KROQ-FM, and reached number one on the Billboard Modern Rock Tracks chart, bringing both the band and the punk rock genre to widespread attention.

The song also appears as the second track on their Greatest Hits album (2005).

"Come Out and Play" was the first Offspring song for which a music video was created. The music video, directed by Darren Lavett, was shot in May 1994 and debuted on MTV in the summer of that year. The video is almost entirely in black-and-white with sepia tone segments, and features the band performing the song in the garage of a house with tinfoil covering the walls. There is also footage involving dogs fighting over a chew toy with a crowd watching, a horse race, a sword fight and some clips of several snakes and snake charmers, as well as some fencing scenes. The song is a nod to the Twisted Sister 1985 album Come Out and Play.