I figured it would scar the alphabet boys if they come busting in and hearing a song about people standing for their beliefs and willing to fight for them no matter the cost, Good Music  unlike that crap they listen to now.  What can I say, My humor is warped....just a bit. Next week will be "Streets of Fire" by Various Artist, ..How Appropriate, LOL,  Now that should really cause some psych evals., hehehe, some poor ATF guy trying to explain the attraction to his mother because he is imaging himself as The savior of the American way rather than working for an agency that have the initials of a convenience store.  Now because we ain't gonna answer that door.  They can kick it in and start "the Dance"    I am very unhappy that the various .gov agencies have been weaponized by Obunger and continued to this day by the alphabet agencies because they don't like people that ain't on the democrat plantation.  Well I kinda like my freedom and stuff and that is anathema to the deep state and their operatives.

I got the idea for this song from this book: 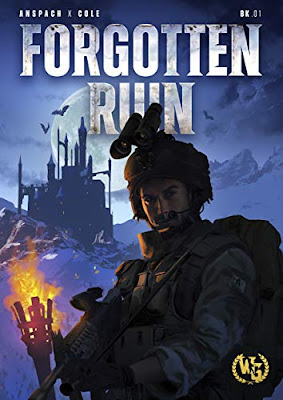 Orcs. Trolls. Wraith riders. Dark wizards. Together, they form an unstoppable force. Or so they thought.
Dark Army… meet the U.S. Army Rangers.
When a Joint Task Force of elite Rangers are transported to a strange and fantastic future where science and evolution have incarnated the evils of myth and legend, they find themselves surrounded, pinned down, and in a desperate fight for their very survival—against nightmares of flesh and blood made real. Which means only one thing.
It’s time to Ranger Up and stack bodies.
The forces of evil have no idea how dangerous a Ranger has been trained to be, and once the action starts, it won’t let up in this no-holds-barred, full-auto, epic battle for survival in the Forgotten Ruin.

From the creators of Galaxy's Edge...

The Protagonist is called "Talker" he has the ability to speak multiple languages, and is a ad-hoc ad on to the Ranger Unit tasked to "Save Civilization", and he was taught a trick when he went through the "Shoot house" to play a song while going through the house to help empty his mind and this song seemed to do the trick for him   "SURPRISE, LOSERS!", LOL as the Rangers bring the hate., LOL   The book is a rocking good read if you are a fan of Tolken and Dungeon and Dragons and Stacking Bodies, you will like this book, and the 2 sequels. 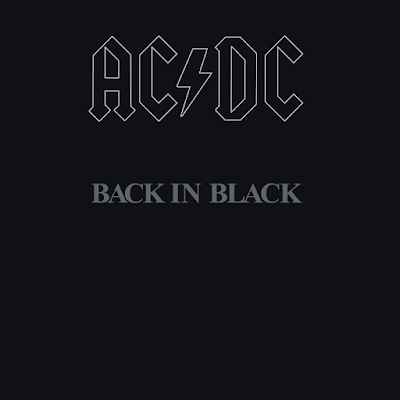 "Shoot to Thrill" is a song by Australian hard rock band AC/DC. It is the second track on the 1980 album Back in Black. This song is also the second track of AC/DC Live and AC/DC Live: 2 CD Collector's Edition, and is included on the Iron Man 2 soundtrack.Although the studio version was never released as a single, the song is a fan favourite and a staple on classic rock radio stations.

When explaining his lyrical inspiration for the song, lead singer and then-songwriter Brian Johnson recalled reading a British article about a neighbourhood pusher who made daily rounds (almost like a milkman) throughout the London suburbs, selling narcotics to bored, lonely and depressed housewives. These substance-effected homemakers would then peruse the local clubs and bars, seeking out torrid, extra-marital relationships. The term "Shoot to thrill.." most likely refers to certain solutions such as diazepam (valium), which is often administered via injection to treat anxiety and depression.

Lead guitarist Angus Young has recently commented that the song's 'break-down', which occurs soon after the main solo (a muted and repeating three chord sequence of A Major triad, G Major triad, and a D power-chord leading up to a bombastic outro-solo), was inspired by the trio gun-battle climax from Sergio Leone's classic, Italian western 'The Good, the Bad, and the Ugly". In this seminal scene, gun-fighters Clint Eastwood, Lee Van Cleef, and Eli Wallach stare one another down in the centre of a Civil-War cemetery for minutes-on-end to an eventual shoot-out. Young said this sequence in the song was designed to mirror the actual soundtrack selection 'Il Triello' by composer Ennio Morricone. Both compositions feature a slow quiet build-up, increasing in tension to a thunderous, cataclysmic finale.

This is the Version used in "Iron Man II"