The P-8 platform as a "Missile Truck"

I saw this article on a article called "!945" and they were talking about the P-8 Poseidon.  I added in a comments that it is unnecessary to get any P-8's from the Navy for the P-8 is a modified Boeing 737 ERX that is still being built,  it would be easier to get Boeing to build purpose built planes for the Airforce than get any P-8's from the Navy especially since Boeing is building the plane type for the Australians, Norwegians, British, Indians, Japanese and others.

The United States military is continuing with its efforts to improve its capabilities when it comes to operating in contested environments that appear likely to increasingly characterize modern battlefields. The military’s aviation community has not been exempt from these efforts, with continued improvements in both Russian and Chinese air defense networks promising to present a real challenge. 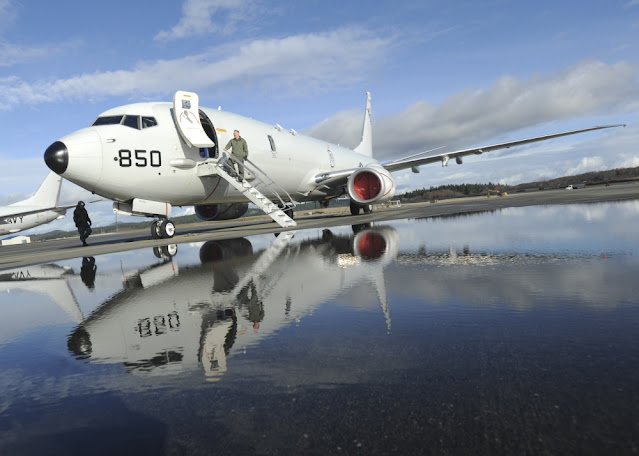 For the Air Force, efforts to overcome this challenge have included its fleet of bombers and long-range strike aircraft, with the service considering the future of its bomber fleet as it makes plans to purchase an ever-increasing number of B-21 Raider bombers. Efforts to develop future capabilities, however, have to be balanced with efforts to develop accessible and cost-effective solutions for improving near-term capabilities. For the Air Force, one possible option for doing just that includes adopting and modifying a current naval aircraft platform for use as a long-range strike aircraft.

The aircraft in question is the Navy’s P-8 Poseidon maritime patrol aircraft. Developed by Boeing, the P-8 has proven to be a versatile and successful platform capable of undertaking long-range and extended-duration reconnaissance and surveillance operations as well as naval strike missions. In addition, the Poseidon is an important tool for the Navy when it comes to anti-submarine warfare (ASW) operations.

As written about on The Warzone, the P-8 Poseidon is a candidate for adoption by the Air Force and conversion into a long-range strike aircraft. The recommendation offered in the article argues that Air Force variants of the P-8 – which the article labels as “RB-8” aircraft – are stripped of their maritime patrol and anti-submarine warfare equipment, excluding any relevant communication and defensive countermeasure capabilities and any electronic support measures. Conversion of P-8s into RB-8s would also see the installation of a new modern active electronically scanned array (AESA) radar in the aircraft’s nose. 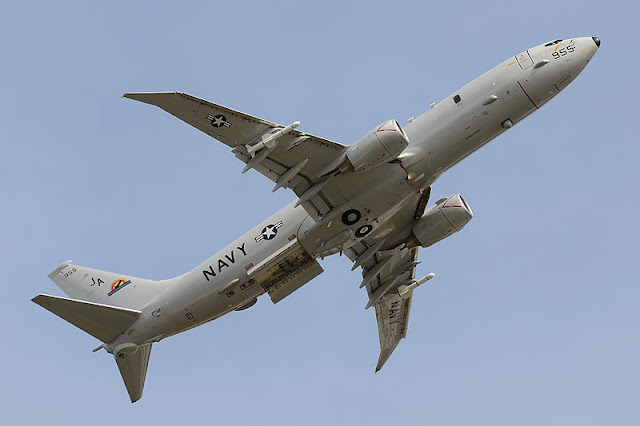 Dropping the P-8’s maritime patrol and anti-submarine warfare equipment would free up converted RB-8s to function as long-range missile delivery platforms. Current P-8s are outfitted with stations for carrying 2,500 pounds worth of weapons. P-8s use these stations to mount a range of weapons such as AGM-84 Harpoons and Standoff Land Attack Missile Expanded Response (SLAM-ER) missiles, and the RB-8s could supplement this arsenal by mounting the Joint Air-Surface Standoff Missile (JASSM). The RB-8 could also make use of the five hardpoints inside of the P-8’s weapons bay, each of which are capable of mounting 1,000 pounds of munitions. These could be used to hold a number of weapons such as the GBU-53B Stormbreaker guided bombs. 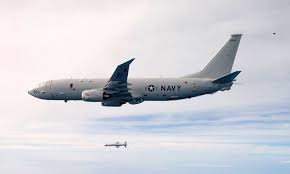 Conversion of P-8s into these RB-8 missile platforms would provide the Air Force with a versatile strike aircraft capable of engaging a wide range of targets on land and at sea while doing so more efficiently than fighter aircraft. In addition, this conversion would allow the Navy’s P-8s to focus primarily on maritime patrol and anti-submarine warfare operations, both of which require a large commitment of aircraft.

In addition, given that the Air Force would be making use of the Navy’s preexisting development of the P-8 platform, costs of the new aircraft would be relatively low. The conversion of the P-8s into RB-8s would likely be a relatively straightforward and quick process. This would provide the Air Force with a short-term boost in its long-range strike capacity without detracting from its ability to purchase higher-end platforms such as the B-21 in the future, and would give the service a valuable high-low mix of bomber and strike-aircraft moving forward. 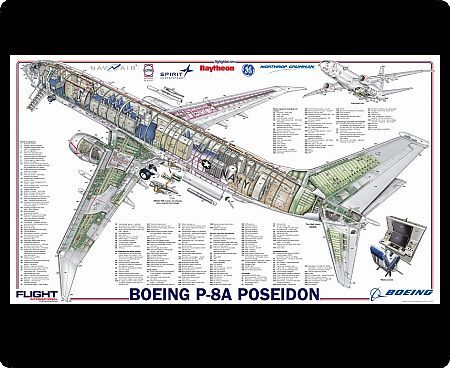 Posted by MrGarabaldi at 2:38 AM