"If I were the Devil" a Warning from Paul Harvey

This is a reprint from an article I did back in 2015, This was prompted by an article that Old NFO posted that was a to use a term from the Bill and Ted Movie "A Most Excellent Rant".  And it jogged memories of Paul Harvey talking about "If I was the Devil" and other things Paul Harvey.

I was talking to one of my friends at work, My friend Alex had his toolbox at the nose of the airplane so I was reading the part of the toolbox that is normally covered up by other toolboxes.  In it he had this letter from Paul Harvey.  It was titled "A letter to children".   I read it and remembered who Paul Harvey was.  I used to listen to Paul Harvey and his "Rest of the Story" when I was living in Alabama and would tune into the radio station out of Heflin Alabama.  I would hear Paul Harvey and I figured that he was a local announcer, I didn't realize until much later he was a national figure.  Paul Harvey was remembered for his down home manner of speech and the ability to explain an issue.  I remembered that he had a well developed sense of right and wrong and he was fiercely loyal to his friends and causes he believed in. 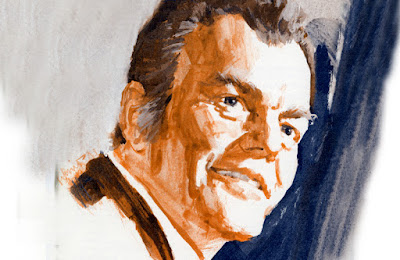 1918-2009
Robert D. McFadden, writing Harvey's obituary for the New York Times, examined his unique radio style and how it interacted with his political views:


[He] "personalized the radio news with his right-wing opinions, but laced them with his own trademarks: a hypnotic timbre, extended pauses for effect, heart-warming tales of average Americans and folksy observations that evoked the heartland, family values and the old-fashioned plain talk one heard around the dinner table on Sunday."

"'Hello, Americans,' he barked. 'This is Paul Harvey! Stand byyy for Newwws!'"

"He railed against welfare cheats and defended the death penalty. He worried about the national debt, big government, bureaucrats who lacked common sense, permissive parents, leftist radicals and America succumbing to moral decay. He championed rugged individualism, love of God and country, and the fundamental decency of ordinary people."

We tried so hard to make things better for our kids that we made them worse. For my grandchildren, I'd like better.

I'd really like for them to know about hand me down clothes and homemade ice cream and leftover meat loaf sandwiches.. I really would.

I hope you learn to make your own bed and mow the lawn and wash the car.

And I really hope nobody gives you a brand new car when you are sixteen.

It will be good if at least one time you can see puppies born and your old dog put to sleep.

I hope you get a black eye fighting for something you believe in.

I hope you have to share a bedroom with your younger brother/sister. And it's all right if you have to draw a line down the middle of the room, but when he wants to crawl under the covers with you because he's scared, I hope you let him.

When you want to see a movie and your little brother/sister wants to tag along, I hope you'll let him/her.

I hope you have to walk uphill to school with your friends and that you live in a town where you can do it safely.

On rainy days when you have to catch a ride, I hope you don't ask your driver to drop you two blocks away so you won't be seen riding with someone as uncool as your Mom.

If you want a slingshot, I hope your Dad teaches you how to make one instead of buying one.

I hope you learn to dig in the dirt and read books.

When you learn to use computers, I hope you also learn to add and subtract in your head.

I hope you get teased by your friends when you have your first crush on a boy / girl, and when you talk back to your mother that you learn what ivory soap tastes like.

May you skin your knee climbing a mountain, burn your hand on a stove and stick your tongue on a frozen flagpole.

I don't care if you try a beer once, but I hope you don't like it... And if a friend offers you dope or a joint, I hope you realize he/she is not your friend.

I sure hope you make time to sit on a porch with your Grandma/Grandpa and go fishing with your Uncle.

May you feel sorrow at a funeral and joy during the holidays.

I hope your mother punishes you when you throw a baseball through your neighbour's window and that she hugs you and kisses you at Christmas time when you give her a plaster mold of your hand.

These things I wish for you - tough times and disappointment, hard work and happiness. To me, it's the only way to appreciate life.
Paul Harvey