I am a car guy, my friends call me a gearhead, I don't mind at all.  I view cars as the ultimate expression of freedom, you can go where you want, when you want and you don't have to rely on somebody else from a train or bus operator to a bureaucrat asking " your papers please".   Once you are in your car...it is your world, your personality, you listen to what you want, the car reflects your personality and your personal space.   I am a hardcore Ford fanatic, always was.  I do like the new cars from GM and Chrysler the new Camaro and Challenger and Charger are pretty sharp.   When I saw this on Yahoo news, this confirms the stereotype that we gearheads believe does happen in dealerships and car repair places nationwide.


This is from Yahoo News 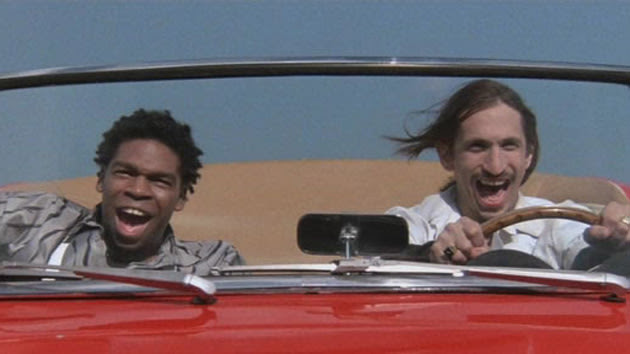 When you own a sports car, you inevitably get a little paranoid about how it's treated when in the care of strangers. One South Carolina man was worried enough that when he took his 2010 Chevrolet Camaro SS in for service at a Chevy dealer, he hid a voice recorder in the car. He was right to be worried: The recorder caught mechanics doing burnouts and discussing how to make the owner pay for a ruined clutch the car didn't have before coming in. Now the Internet Justice League has taken the wheel.William Clark says he took his Camaro to Best Chevrolet-Kia in Easley, S.C. for a clunking noise in the car's six-speed manual transmission. After a previous visit to a different dealer, his Camaro had died shortly after Clark retrieved it; while he suspected the staff at that dealership of joyriding, he had no proof at the time.
This time, the voice recorder hidden in the door pocket catches employees doing several burnouts and hard launches in the Camaro; Clark later says the techs drove it harder in 20 minutes than he had in three years. Once back in the shop, the mechanics realize the Camaro's clutch has been fried, and come up with a plan to blame the damage on Clark, saying to "write it up as him buying a (expletive) clutch," while saying another part failed under warranty so that General Motors would pay for its replacement.
Clark says he's taken his evidence to the dealer and Chevrolet customer service; the dealer offered to reassess the damage or take the Camaro as a trade-in on another car, but refused Clark's demand to buy the car back. Clark says Chevrolet customer service washed it hands of the problem, saying it was an issue between him and the dealer. As of the last update, the car's smoked clutch remains untouched.
Unfortunately for Clark, there's few other steps he can take that don't end in court. Dealers are regulated by states; Clark can file a complaint with South Carolina officials, but even with an audio recording the assessment of damage isn't so clear-cut as if the mechanics had wrecked it on a test drive. Instead, other Camaro owners have taken up the cause, posting Clark's video to the dealership's Facebook page and otherwise making noise about the problem.
You can hear the entire exchange, including the profanity, here. A lawyer for Best Chevrolet, in a request to Yahoo Autos to take down this story, told us in an email that the audio was "misleadingly edited." Clark has said the dealership has threatened to sue him over the audio, but has also spoken with him about buying the Camaro back. The dealership may soon learn that in the Internet era, one burnt clutch can create quite the stink.

UPDATE: General Motors says in a statement that if the recording is valid it does not condone the behavior described, and that it is "actively working closely with the dealer to resolve this situation to the customer's satisfaction."
Posted by MrGarabaldi at 1:19 PM