I was at work performing maintenance on an aircraft(B767-400) and my co workers and I  and we got to talking about futuristic airplane designs and the maintenance requirements.  The Starship was mentioned and I googled the word on my kinda smart phone, and saw some pics of a very amazing airplane. 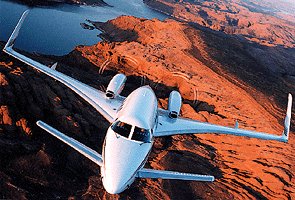 
The Starship is noteworthy for its carbon fiber composite airframe, canard design, lack of centrally located vertical tail, and pusher engine/propeller configuration.
Carbon fiber composite was used to varying degrees on military aircraft, but at the time the Starship was certified, no civilian aircraft certified by the US Federal Aviation Administration had ever used it so extensively. Beech chose carbon fiber composite for its durability and high strength-to-weight ratio. According to Beech, the Starship weighs less than it would have if it were built from aluminum. Nonetheless, the empty weight of production aircraft exceeded the target by several thousand pounds.[8][9][10]
Beech studied several configurations before settling on a canard configuration in early 1980.[11] As configured, the Starship is difficult to stall—the forward surface stalls before the main lifting surface, which allows the nose to drop and more-normal flight to resume.[12]
A traditionally located vertical tail would have transmitted propeller noise into the airframe.[13] In its place, directional stability and control is provided by rudders mounted in the winglets (Beechcraft called them tipsails) at the tips of the wings.[14][15]
Mounting the engines so that the propellers are facing rearward, pushing rather than pulling the aircraft, has the potential of a quieter ride since the propellers are further from the passengers and because vortices from the propeller tips do not strike the fuselage sides. However, the propellers are operating in a turbulent airflow in the pusher configuration (due to airflow past the wings moving aft in vortex sheets) and high-velocity exhaust gasses are discharged directly into the props, thus the resulting external propeller noise is more choppy and raucous than otherwise would be the case.[8]
Flight instrumentation for the Starship included a 14-tube Proline 4 AMS-850 "glass cockpit" supplied by Rockwell Collins, the first application of an all-glass cockpit in a business aircraft.[1] 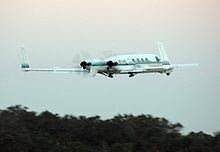 Beechcraft Starship
Beech sold only eleven Starships in the three years following its certification. Beech attributed the slow sales to the economic slowdown in the late-1980s, the novelty of the Starship, and the tax on luxury items that was in effect in the United States at the time. In an effort to stimulate demand, Beech began offering two-year leases on new Starships in 1991.[16]
The last Starship, NC-53, was produced in 1995. In 2003 Beechcraft determined that supporting such a small fleet of airplanes was cost-prohibitive and began scrapping and incinerating the aircraft under its control. The aircraft were sent to the Evergreen Air Center located at the Pinal Airpark in Arizona for destruction. Beech worked with owners of privately-owned Starships to replace their airplanes with other Beech aircraft such as the Premier I jet.[17][18]
In 2004 Raytheon sold its entire inventory of Starship parts to a Starship owner for a fraction of its retail value.[19]
Hawker Beechcraft continues to offer support by phone.[20] Rockwell Collins has maintained full support for the AMS-850 avionics suite. 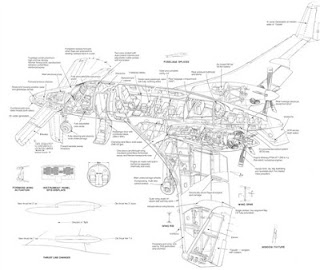 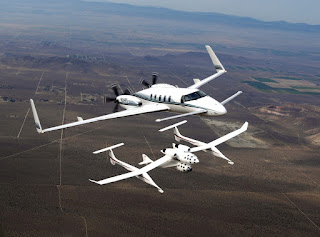 I also saw Bob Scherer's Blog   on the Starship.   It is full of neat factoids on this interesting airplane.

The aviation community accepts new concepts slowly and evolution is generally preferred over revolution.  While many potential buyers were awestruck by the Starship's beauty, most chose to sit on the fence for a few years to see if the Starship proved to be a viable design.  The Starship was radically different from conventional aircraft when introduced in the mid 1980's and heralded four revolutionary technologies:
a)  First certificated all glass cockpit and FMS
b)  First certificated all composite business class aircraft (still the only certificated composite wing)
c)  First certificated tandem wing (canard) aircraft.
d)  First certificated business class twin turboprop pusher
We all now know that the glass cockpit is superior to steam gauges and that composites are superior to metal for airframe construction.  The canard vs. conventional configuration is still a topic of heated debate, however.  All I can say is, why in the world would you want to have a tail mounted stabilizer that pushes DOWN when the basic purpose of an aircraft is to lift you into the air?  But most aerodynamicists I've spoken with argue that the canard's forward wing is so heavily loaded that the resulting drag leads to no gain in efficiency over a tail in back design.  It also seems to be true that pusher props are no more efficient than a tractor.  That's because the airflow to the props is disturbed by the fuselage and wing ahead of them.  But a pusher definitely creates a much quieter cabin and far less vibration than a tractor.  The Starship is extremely quiet inside and cabin noise levels seem more like a jet than a turboprop.  Normal conversations can be had without raising your voice and virtually no vibration can be felt inside the airplane.  A pusher design also allows the propellers to be mounted very close together because they don't have a fuselage between them.  The Starships props are only 8 inches apart, yielding nearly centerline thrust from each engine.  During an engine out situation in the Starship, yaw is virtually unnoticeable and is completely countered by the yaw damper, if engaged;  No need to step on the good engine.  Also, from personal experience, I can safely argue that the canard design yields a superior ride.  Wings mounted at each end of the fuselage, combined with the heavy wing loading of the canard ends up dampening the bumps in bad air.

Read more from his blog.here 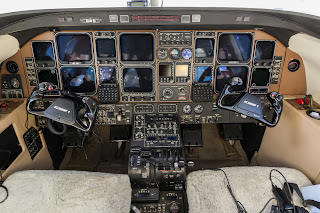 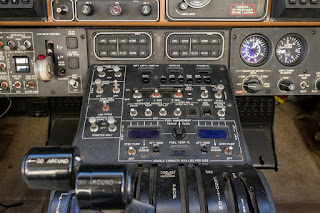 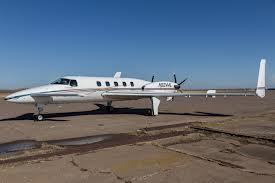 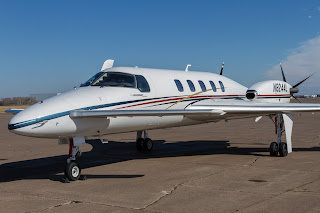 Posted by MrGarabaldi at 2:17 PM