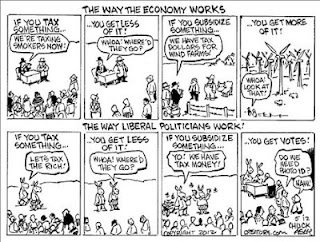 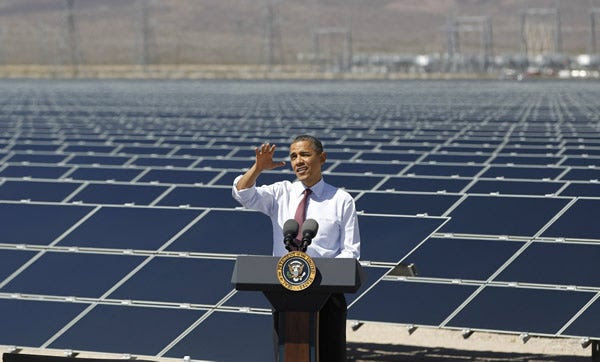 It is no secret that President Obama’s and green-energy supporters’ (from both parties) foray into venture capitalism has not gone well. But the extent of its failure has been largely ignored by the press. Sure, single instances garner attention as they happen, but they ignore past failures in order to make it seem like a rare case.
The truth is that the problem is widespread. The government’s picking winners and losers in the energy market has cost taxpayers billions of dollars, and the rate of failure, cronyism, and corruption at the companies receiving the subsidies is substantial. The fact that some companies are not under financial duress does not make the policy a success. It simply means that our taxpayer dollars subsidized companies that would’ve found the financial support in the private market.
So far, 34 companies that were offered federal support from taxpayers are faltering — either having gone bankrupt or laying off workers or heading for bankruptcy. This list includes only those companies that received federal money from the Obama Administration’s Department of Energy and other agencies. The amount of money indicated does not reflect how much was actually received or spent but how much was offered. The amount also does not include other state, local, and federal tax credits and subsidies, which push the amount of money these companies have received from taxpayers even higher.
The complete list of faltering or bankrupt green-energy companies:
*Denotes companies that have filed for bankruptcy.
The problem begins with the issue of government picking winners and losers in the first place. Venture capitalist firms exist for this very reason, and they choose what to invest in by looking at companies’ business models and deciding if they are worthy. When the government plays venture capitalist, it tends to reward companies that are connected to the policymakers themselves or because it sounds nice to “invest” in green energy.
The 2009 stimulus set aside $80 billion to subsidize politically preferred energy projects. Since that time, 1,900 investigations have been opened to look into stimulus waste, fraud, and abuse (although not all are linked to the green-energy funds), and nearly 600 convictions have been made. Of that $80 billion in clean energy loans, grants, and tax credits, at least 10 percent has gone to companies that have since either gone bankrupt or are circling the drain.
CORRECTION:
Figures for four companies have been updated: Beacon Power received $43 million from the U.S. government, not $69 million as originally reported. Azure Dynamics received $5.4 million from the federal government, not $120 million as originally reported. Compact Power Inc. received $151 million as part of the stimulus, not $150 million as originally reported. Willard and Kelsey Solar Group received $700,981 in government funding, not $6 million as originally reported.
The following companies have been removed from the original list: AES’s subsidiary Eastern Energy, LSP Energy and Uni-Solar did not receive government-backed loans, based on additional research. The National Renewable Energy Lab did received $200 million in stimulus funding, but it is a government laboratory.