Monday Music "Money for Nothing" by Dire Straits

I remember this song, it exploded on the MTV playlist back in 1985, I was between College and Army and I would jam in this song as it came roaring out of the overpowered stereo I had in my 1977 Ford Granada..Mine didn't look this nice... 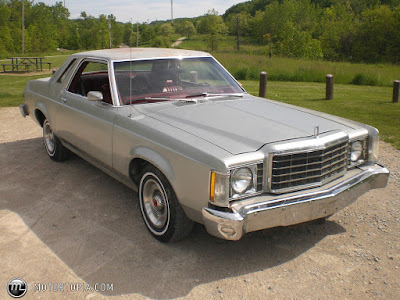 I liked the car, until I drove it off an embankment and damaged the driveshaft and underbody.  I quickly traded it in on a 1979 Mercury Capri before the damage became apparent...And yes...This looked nicer then the one I had.

Yep I was young and stupid and I wish I had both cars today.  Oh well 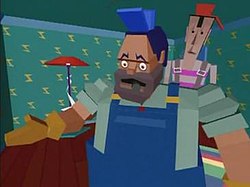 The song's music video featured early computer animation.
The music video for the song featured early computer animation illustrating the lyrics. The video was one of the first uses of computer-animated human characters and was considered ground-breaking at the time of its release. It was the second computer-generated music video shown on MTV.
Originally, Mark Knopfler was not at all enthusiastic about the concept of the music video. MTV, however, was insistent on it. Director Steve Barron, of Rushes Postproduction in London, was contacted by Warner Bros. to persuade Knopfler to relent. Describing the contrasting attitudes of Knopfler and MTV, he said:

The problem was that Mark Knopfler was very anti-videos. All he wanted to do was perform, and he thought that videos would destroy the purity of songwriters and performers. They said, "Can you convince him that this is the right thing to do, because we've played this song to MTV and they think it's fantastic but they won't play it if it's him standing there playing guitar. They need a concept."

Barron then flew to Budapest to convince Knopfler of their concept. Meeting together after a gig, Knopfler was reportedly still unimpressed, but this time his girlfriend was present and took a hand. According to Barron:

Luckily, his girlfriend said, "He's absolutely right. There aren't enough interesting videos on MTV, and that sounds like a brilliant idea." Mark didn't say anything but he didn't make the call to get me out of Budapest. We just went ahead and did it.

Ian Pearson and Gavin Blair created the animation, using a Bosch FGS-4000 CGI system and a Quantel Paintbox system.The animators went on to found computer animation studio Mainframe Entertainment (today Rainmaker Animation), and referenced the "Money for Nothing" video in an episode of their ReBoot series. The video also included stage footage of Dire Straits performing, with partially rotoscoped-animation in bright neon colours, as seen on the record sleeve.
The video was awarded "Video of the Year" (among many other nominations) at the third annual MTV Video Music Awards in 1986
Posted by MrGarabaldi at 9:00 PM