I had posted an article about the Bonus Army on a prior posting and in it they had talked about the Civilian Conservation Corp or the CCC.  I decided to read up on this a bit more partly when I did a Patriot Guard Mission to Pine Mountain on Veterans day, we spent a bit of time at the Roosevelt State part near Pine Mountain GA and there was a plaque to the CCC dedicated there.  Apparently the CCC did a lot of work to build this park and preserve it.  I added some information that I had picked up from several different websites.  The CCC did a lot of good things and they kept a lot of people employed productively.  I wonder if a modern version of the CCC would work, to handle the multitudes of underemployed young people and have them doing the same kind of thing.  I after a lot of thought, believe that the CCC worked back then because of the people back then, the mindset vs today.  Back them almost everybody wanted "honorable work".  It was part of the DNA of Americans
to work, to be a slacker and freeload off somebody else was a great social stigma, unlike today where there are "Youtube,Video's" on how to play the system.   I would like to believe that such a program would work, but with todays Obama's America with the labor laws, the environmental laws, and the attitude, I believe that the CCC would not work today with today's Americans.   It would be just another program like food stamps, where it started off with good intent and has morphed into a trillion dollar boondoggle with no end in sight. 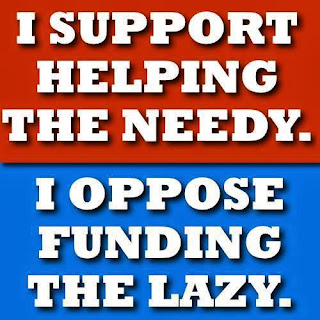 The Civilian Conservation Corps (CCC) was a public work relief program that operated from 1933 to 1942 in the United States for unemployed, unmarried men from relief families, ages 18–25 as part of Roosevelt's New Deal. Robert Fechner was the head of the agency. A part of the New Deal of President Franklin D. Roosevelt, who provided unskilled manual labor jobs related to the conservation and development of natural resources in rural lands owned by federal, state and local governments. The CCC was designed to provide jobs for young men, to relieve families who had difficulty finding jobs during the Great Depression in the United States while at the same time implementing a general natural resource conservation program in every state and territory. Maximum enrollment at any one time was 300,000; in nine years 3 million young men participated in the CCC, which provided them with shelter, clothing, and food, together with a small wage of $30 a month ($25 of which had to be sent home to their families).
The American public made the CCC the most popular of all the New Deal programs. Principal benefits of an individual's enrollment in the CCC included improved physical condition, heightened morale, and increased employability. Of their pay of $30 a month, $25 went to their parents. Implicitly, the CCC also led to a greater public awareness and appreciation of the outdoors and the nation's natural resources; and the continued need for a carefully planned, comprehensive national program for the protection and development of natural resources.
During the time of the CCC, volunteers planted nearly 3 billion trees to help reforest America, constructed more than 800 parks nationwide and upgraded most state parks, updated forest fire fighting methods, and built a network of service buildings and public roadways in remote areas.

CCC workers constructing a road, 1933.
The CCC operated separate programs for veterans and Native Americans.
Despite its popular support, the CCC was never a permanent agency. It depended on emergency and temporary Congressional legislation for its existence. By 1942, with World War II and the draft in operation, need for work relief declined and Congress voted to close the program.

Franklin Delano Roosevelt built the Little White House in 1932 while governor of New York, prior to being inaugurated as president in 1933. He first came to Warm Springs in 1924 hoping to find a cure for the infantile paralysis (polio) that had struck him in 1921. Swimming in the 88-degree, buoyant spring waters brought him no miracle cure, but it did bring improvement. During FDR’s presidency and the Great Depression, he developed many New Deal Programs (such as the Rural Electrification Administration) based upon his experiences in this small town.

While posing for a portrait on April 12, 1945, FDR suffered a stroke and died a short while later. 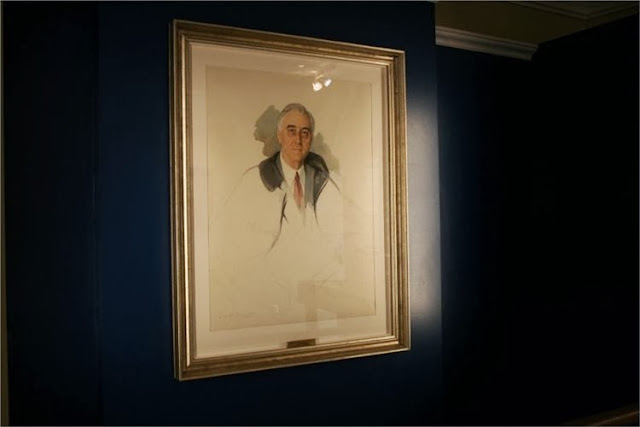 At 9,049 acres, Georgia’s largest state park is a hiker’s and backpacker’s haven.  More than 40 miles of trails, including the popular 23-mile Pine Mountain Trail, wind through hardwood and pines, over creeks and past small waterfalls.  Many visitors are surprised to find rolling mountains 80 miles southwest of Atlanta.  Above King’s Gap is Dowdell’s Knob where President Franklin D. Roosevelt sometimes picnicked and pondered world affairs.  A life-size sculpture of the president now welcomes visitors to the overlook.

FDR's favorite retreat was Dowdell's Knob in what is now F.D. Roosevelt State Park. On this rocky outcropping, FDR entertained his closest friends using a grill that remains on the site. He also came here alone to grapple with issues like World War II and the Depression. Dowdell's Knob is where FDR felt most at home and is one of the few places where he felt no need to hide his disability.
Several park amenities were built by the Civilian Conservation Corps during the Great Depression, including cottages and the Liberty Bell Swimming Pool fed by cool springs. A wooded campground sits near the edge of a small fishing lake, and privately operated stables offer guided horseback rides.  In 1924, FDR came to this part of Georgia to swim in naturally warm springs that offered relief from polio.