I had gotten this email from my father that had this article in it from one of the local papers.  I really liked it so I figured I would use it on a post.  The pictures are compliments of "google search" since I am a simple person that likes pictures and cartoons to help tell a story. 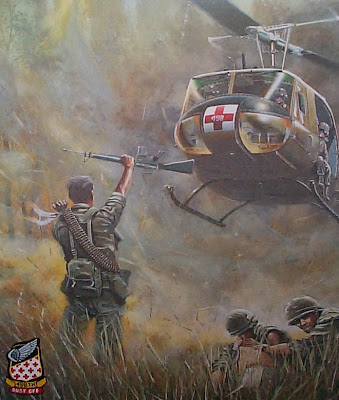 From the Fayette County GA newspaper, The Citizen on 12/10/13

by Terry Garlock
By my measure, America’s recent wars have been rife with immorality at the very top, where the well-paid and comfortable and protected make decisions that profoundly affect the lives, and sometimes deaths, of the Americans we send to fight.

I’m not referring to the top generals-turned-politician bucking for another star by their sudden yes-man enthusiasm for Obama’s trampling the Don’t Ask, Don’t Tell policy. Frankly, my guess is George Washington never even suspected which of his troops was gay and that gay troops have been helping fight our wars all along. While keeping that part of their life under wraps was surely a personal burden for them, that secrecy helped avoid the inevitable turmoil of introducing the element of romance where it doesn’t belong, in places we require our troops to bet their lives on unit cohesiveness and effectiveness. The new and enlightened policy, wherein the Pentagon holds gay, lesbian, bisexual and transgender (GLBT) celebrations, is bad enough, but I am thinking of other policy failures with mortal consequences.

I don’t mean the Obama Administration’s purge of too many generals who have insufficient sensitivity for sexual and gender issues, resist women in combat, have too much curiosity on Benghazi and not enough affection for liberal ideas. Beyond the issue of fairness to these men, we should worry about emasculation of the armed forces.

I’m not referring to the extraordinary burden heaped on our men and women in uniform by three, four or more combat tours while the rest of us sacrifice nothing, while the White House dreams up new ways to redistribute income with government giveaways to favored groups but nary a thought to special compensation to our troops whose families bear our country’s heaviest cost.

Obama’s public dithering over the 2009 troop surge in Afghanistan is closer to my mark of despicable leadership, especially his public announcement to our enemies that we would begin our withdrawal in 18 months. If you doubt that was playing for his own political benefit, that he was appealing the right with his eventual surge announcement and to the left with his simultaneous withdrawal announcement, just ask any seventh grader whether winning a war involves disclosing to your enemy when you will quit. But then, Obama has never to my knowledge even whispered the word “victory.” 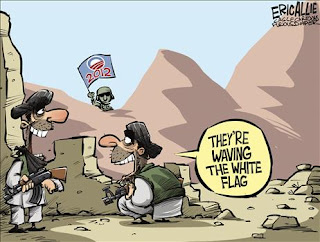 I’m not focused on Obama’s spectacular failure in squandering the victory in Iraq, a blunder nicely and easily hidden from an apathetic public who were nearly as eager to end the war as the Vietnam generation. Iraq had no Air Force. Air superiority was purely American, but Obama walked away in complete withdrawal without a status of forces agreement, quite consistent with his priority of ending, not winning, the war. Nobody is better at blaming others, and Obama blamed the Iraqis when he offered to leave 3,000 troops after his generals said we needed 20,000 to do the job and protect themselves, and Iraq’s Maliki countered with refusal because Obama was not serious. Maliki was right, and air superiority in the region now belongs to Iran.

So, how are we betraying our troops as they fight our wars?

It began before Obama. By the time he took office it was already a slowly maturing process in which fighting for victory became passé, overshadowed by fighting for world opinion, using our military like an extension of the State Department. By committing to hostilities not directly linked to our true national security, and imposing rules that make combat success more difficult, we send home a higher number of wounded and flag-draped coffins for heart-breaking funerals.

Consider this. Mike King, Skip Ragan and I had dinner a few months ago with some younger combat helicopter pilots, and discovered two astonishing things. First, the Blackhawk helicopter now has a “hover button” that engages an auto-pilot to keep the aircraft stationary, for example at a high hover for a hoist Dustoff (medevac) mission over dense jungle. That is huge, since hovering a helicopter is tedious, like keeping a uni-cycle upright within a circle no larger than a dinner plate. As young men, we never dreamed automatic hover would be possible.

The second astonishing thing was a pair of Dustoff pilots, each with three Afghanistan tours, who had never taken a ground fire hit. They explained the risk assessment involved with each mission that prevented them from flying into an area that was still hot.

I can’t help but think about Wayne Franz, who was trained as a medic and will never forget his first mission in Vietnam. He said he was assigned to a helicopter with no break-in training, very jittery as they took off to pick up wounded. When they touched down in the landing zone, Wayne said grunts urgently loaded wounded on the aircraft with IVs already started and blood splashing all over the place, and just as he started hoping none of them would die before they reached the hospital pad, the aircraft took off while he held on. He sorted out which IV ran to which patient and wondered what he could do on the short flight that might keep each man alive, but they soon touched down, the hospital crew rushed the patients to triage, leaving Wayne in a blood-covered daze standing by the helicopter wondering what the hell just happened when the pilot stepped out and said to him, “Wow, that was a close one!” Wayne asked him what he meant, and the pilot pointed to a few bullet holes from the ground fire they took on the way in or out of the LZ.

Wayne thought, “Holy crap! How am I going to survive a year of this?” But he did, and I wonder how many are alive today because he was there for them.

I can tell you there are countless men alive today who long to identify and shake the hand of the Dustoff crew that flew them out of Vietnam’s hot LZs. I am one of them. Here in Peachtree City, Alan Walsh and Terry Hoffman are two of many Dustoff pilots who risked their neck hundreds of times to pick up wounded and saved countless lives. Combat deaths in Vietnam were roughly the same ratio as in WWII, but Vietnam resulted in three times as many severely wounded. The difference was Dustoff. Our grunts knew if they got hit in the filth of the jungle, in an hour they would be with doctors and operating rooms. Many badly wounded survived when they would have died in WWII without the benefit of Dustoff.

I am certain that today’s Dustoff pilots in Afghanistan are no less brave, and are surely better trained and equipped than we were over 40 years ago. But they are not permitted to fly into areas with risks while our wounded on the ground may turn into flag-draped coffins, and that is only part of the story.

A new report points the finger of blame at new Rules of Engagement (ROE) imposed by the Obama Administration in 2009, rules that were continually tightened as if they were “playground rules.” A soldier cannot fire on the enemy unless he sees a weapon. He cannot enter a dwelling even during combat, or return fire into a house or Mosque or school. Rules govern what can be searched, by whom, and at what times. The air support and artillery that are the lifeline of ground combat units are held in abeyance until cleared by multiple levels of review including lawyers. And so on. The enemy knows about ROE changes and uses that knowledge, sometimes even before the word spreads to our own troops.

Last year our enemy shot down a CH-47 Chinook helicopter, killing 30 Americans, including 17 members of SEAL Team 6. During that Tangi Valley operation, known enemy operatives were spotted but permission to shoot was denied. When the rocket-propelled grenade shot down the helicopter, An AH-64 Apache gunship pilot saw it happen but ROEs prevented him from firing into the building from which the RPG was fired. Just before that incident an AC-130 gunship spotted enemy operators with weapons and could have fired with no risk of collateral damage but permission to fire was denied. 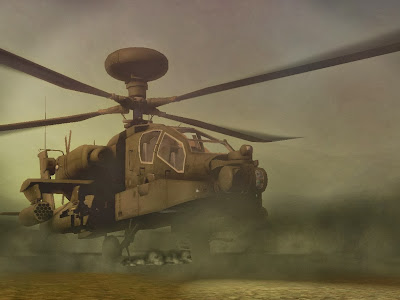 Wayne Simmons, a retired US intelligence officer who worked in Afghanistan at a high level, says the ROE restraints have “. . . created a hesitation and confusion for our war fighters.,”  You don’t need combat experience to know that could get Americans killed.

Former Army Captain William Swenson, Medal of Honor recipient, said he was nearly killed by the Army’s reluctance to use air support. Ryan Zinke, former commander of a SEAL Team 6 assault team, said we either need to fight or go home.

From January 2009, when ROEs were changed, to August 2010, casualties more than doubled. In 2010 casualties were three times the level in 2008 and five times the 2007 number. That this is happening while the rest of us ignore it should be a matter of national shame.

If I had my choice, my strong bias would be to keep our troops at home, withhold military force until an enemy crossed a clear line of American national security, then eliminate the threat quickly and decisively. To regain what Obama has wasted, our allies’ trust and fear in our enemies’ hearts, we should conduct our military actions in a way that makes the bad guys whisper to each other with trembling dread, “Whatever you do, don’t provoke the Americans!”

When we do send our troops into combat while you and I enjoy the comfort and safety of home, there are some things we owe them out of decency. We owe them and their mission our unbridled support and gratitude. We owe them the battlefield tactics that value their life as the highest priority, even over possible civilian collateral damage, and if we can’t accept that then we should pound our war hardware into plowshares. We owe them the commitment to conquer the enemy quickly rather than rules to attempt a gentle war in hopes of world approval. And finally, to avoid the risk of battlefield rules created by liberal weenies who might wet their pants at the sight of a gun, we owe it to our combat troops to let the armed forces create their own ROEs, since they know what the hell they are doing, with White House oversight.

Is it immoral for political staff at home, with no personal stake or consequences, to create ROEs that raise the likelihood of American dead and wounded? It is to me, and even though you and I can ignore it and enjoy life, we have a duty to speak up
Posted by MrGarabaldi at 7:49 AM