Busy....Busy...Busy and some trailer news.

I have been busier than a one legged man in a butt kicking contest.  I will have some breathing room.
I was headed to my gmail to post some news we got on the trailer situation for my sons troop and I ran across the article that is featured below the letter I cut and pasted.  First off is the email we got from the scoutmaster:

Sheriff Keith McBrayer phoned me today and had some fantastic news, the foundation he chairs
has elected to fund the replacement of our stolen trailer!

We were in the process of getting quotes and bids to order a new trailer as this news arrived!

The grant is such that the contents should be covered as well.  The monies we have raised should go to insuring and maintaining the new trailer going forward.

Scouts, please plan on wearing your complete class A's when the check is presented to the troop.

According to Sheriff McBrayer the funds will arrive in about a month.  We will order our new trailer
This week as to have it by camp.

Thank you all for all your hard work this past weekend and Thank You Sheriff McBrayer!

Yours in Scouting!
*ScoutMaster*

We have written a couple of times about street artists, especially in Southern California, who are conducting a guerrilla campaign against the Obama administration. That campaign has escalated, as this is well beyond street art: a nicely produced parody movie poster titled “Saving Barack Obama.” It mimics this famous poster for “Saving Private Ryan.”

Here is the Obama poster, installed–I am not sure how you achieve this–at a bus stop:

Note the identical font and the teleprompters. The text says, “A Steven Spielberg ploy,” and at the bottom, “the mission is a fraud.” According to the Free Beacon, the posters “have appeared on bus stops and benches throughout Los Angeles, including just outside Melrose Avenue, the main entrance to Paramount Pictures.”
The posters are intended to protest against a travesty:


Obama will be honored at the University of Southern California’s Shoah Foundation, a Holocaust museum founded by the Hollywood director [Steven Spielberg] after he made Schindler’s List.

The Shoah Foundation is honoring Obama, an anti-Israel president who sits by as Iran develops its nuclear technology? Sad but true.


Obama will receive the institute’s highest honor, the Ambassador for Humanity Award, for his “global efforts to protect human rights, his commitment to education and expanding educational technology, and his work advancing opportunities for all people.”

This is BS on a level with that slung by the committee that awarded Obama the Nobel Peace Prize.

Especially by the Iranians, the Egyptians, the Syrians, the Libyans, the Iraqis and the Ukrainians. What a crock!
Nancy Pelosi and Harry Reid will be on hand to help honor Obama. Apparently the only dose of reality will be supplied by the anonymous makers of the “Saving Barack Obama” poster. 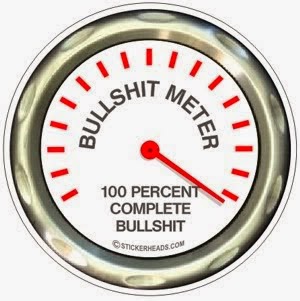 The Pic came out of my folder of cartoons and other things that I use to either insult liberals, and other crybabies.

Posted by MrGarabaldi at 9:08 PM